Edit got through that should not have, reverted back

I have no clue which place to take this. Recently I answered a question and it was edited without my consent by someone with 100 something rep so it was not an auto edit. It was an edit that did not help my post in fact did harm to it. 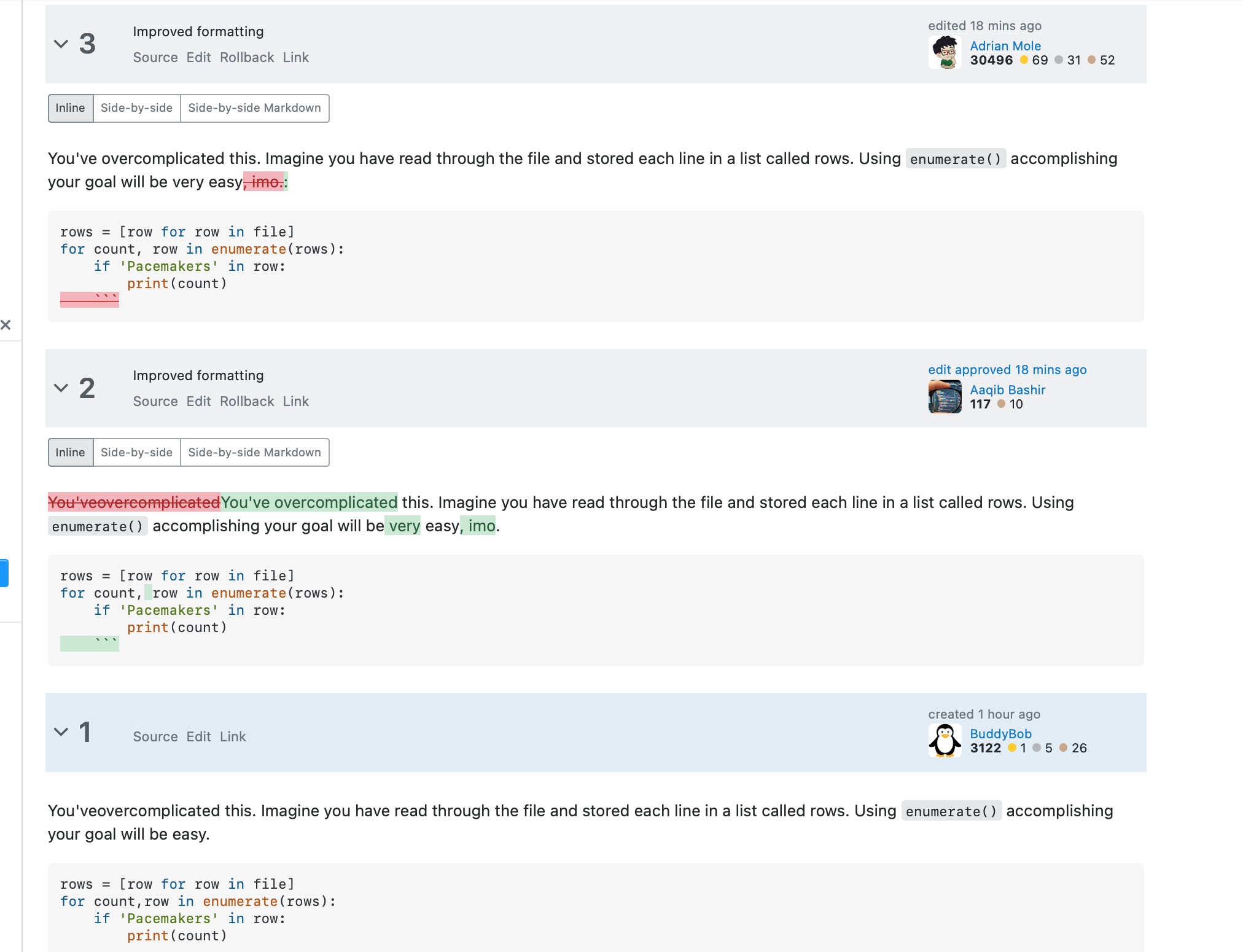 In the picture I provided you see that while the editor fixed some spacing, they added very and imo. Also an unnecessary ```. Luckily @Adrian Mole fixed these bad edits. Yes it is resolved, but I don't get how @Aaquib Bashir's edit was approved.

As khelwood has stated in the comments, I reviewed that edit and 'approved' it by selecting "Improve Edit."

I agree that, as it stood, it was not ideal; however, the basic correction (adding the space before "overcomplicated") was fine, so I fixed the bad formatting that was introduced at the same time and removed the "imo" (which was superfluous).

The other option would have been to "Reject and Edit." But that would have, IMHO, sent the wrong message to the editor – whom I assume meant well.

The choice between "Improve Edit" and "Reject and Edit" is often a tricky one and nearly always subjective. Generally, I choose the option that will involve less typing on my part but, in this case, I felt that the correction 'justified' the +2 for the editor.

Note also, that in this particular case, just adding a space between "You've" and "overcomplicated" would not have been an option for the original editor: suggested edits need to make at least 6 (5?) characters' difference from the original post.

Not the answer you're looking for? Browse other questions tagged support edits approval .

11
Leave comment when rolling back an edit?
14
Ancient, closed question edited and nominated for reopening - abort, retry, fail?
48
Is it OK to edit a question to remove unnecessary background details?
2
Edits happening while another Suggested Edit is in the queue
8
Editing a question to provide helpful links
81
Reopen Votes queue overrun due to poor approved edits/rep farming
3
Should my edit have entered peer review?