How can I prevent an edit war happening when someone edits a post of mine?

Disclaimer: this is a proposal for a separate FAQ item dedicated to handling edit wars and not a question per se

Someone edited a post of mine, but I disagree with the edit - how should I proceed? Also, I am unsure if rolling back the edit to the previous revision is the best course of action as it may lead to us overriding each other in an endless loop of edits or rollbacks - are there any processes in place to prevent this from happening?

The "how to handle edit wars?" Q&A and the corresponding duplicate target "how do I raise a flag without getting declined by moderator?" deal with the edit wars already happening on someone else's posts or from an editor's point of view, as well as focus on flagging for moderator attention.

The guiding principle for resolving edit (rollback) wars (see glossary) should be trying to exit as early as possible. These wars usually have several levels of escalation:

To sum up, the sooner you reach the end, the better - strive to avoid the automatic moderator flag from being raised. Finally, the normal flow of editing leading to a rollback war and its resolution looks like below: 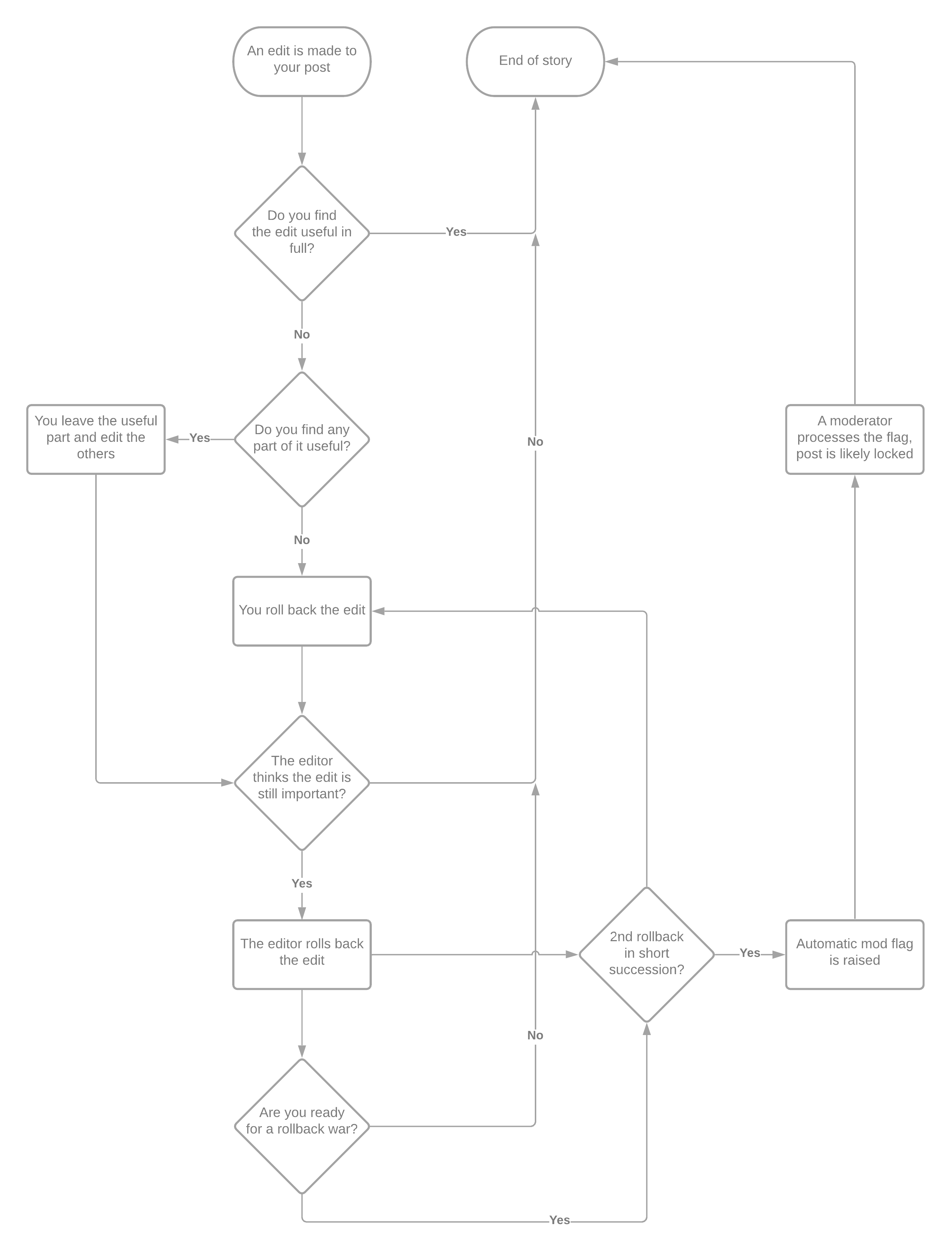 34
Edit war: How do I raise a flag without getting declined by moderator?
26
Is it appropriate to apply personal stylistic choices like the "Jon Skeet Decree" in an edit?
134
FAQ Index for Stack Overflow
15
How to handle edit wars?
11
How should I deal with posts that have been edited to replace the content with off-topic content?

222
When should I make edits to code?
4
Prevent edit suggestions conflicting with 'super-user' edits
4
How can someone see suggested edits in Stack Overflow?
3
Can a moderator lock this revision edit war?
2
Edits happening while another Suggested Edit is in the queue