To be clear, I am not asking about what to do when I see "This question already has answers here", I'm saying that the message you get when editing a closed deleted question seems to contradict this message. That it why I have tagged this as "bug" because it seems as if the wording is wrong.

On my question which was deleted when I took this screenshot below I clicked the "edit" button. On the edit screen it gave me a popup saying edits to deleted questions aren't shown (I didn't grab a screenshot unfortunately). The reason I was editing was because I read (but may have misunderstood) that edits to closed questions cause them to go into the re-open queue. If this is the case the message may need to be reworded as it made it sound like editing a deleted question doesn't do anything. 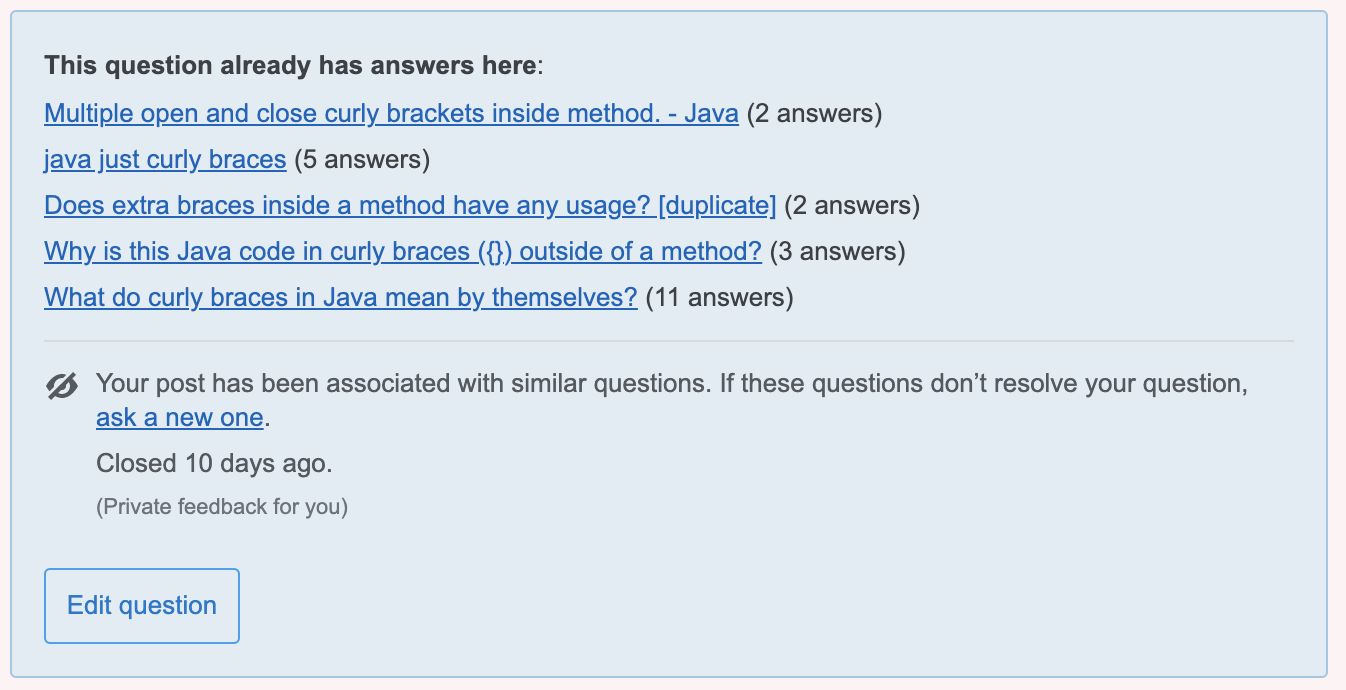 Unfortunately I cannot reproduce the issue (yet, possibly on April 21st, see below) to get a screenshot of the message that showed while trying to edit a deleted question. It was yellow and across the top of the screen and said something to the effect of "edits to deleted questions won't be seen" implying it does nothing. It seems like either the edit button on the duplicate box should go away on deleted questions or that the warning about editing deleted questions should be reworded.

BoltClock worked with me on attempting to reproduce the problem. They deleted my question but now when I click edit I do not see the yellow popup now while editing. My suspicion is that it may have something to do with the fact that I do not have a vote cast to reopen the question (last time I did). It tells me I have to wait 8 days to wait to vote to reopen the question. I've set a calendar event for myself for April 21st so I can try then.

(My current thought is that maybe the popup is meant to people who voted to reopen a question who are editing a deleted question. Maybe it is meant to inform them not to try to salvage it since it was deleted. This is just a guess though, I have no idea.)

I am certain I did not imagine this yellow popup but am having difficulty reproducing it. If anyone has any suggestions on how to reproduce it or can get a screenshot of it in a different way please let me know.

68
"This question already has answers here" - but it does not. What can I do when I think my question's not a duplicate?
43
Why am I allowed to edit my deleted answer but not question?
9
" If these questions don’t resolve your question, ask a new one. "

37
Add a warning message when editing closed questions
10
Question deleted after edit while "On hold"
121
Now that the Edit Question button for closed questions is more prominent, it's time to stop non-OP edits from submitting to the reopen queue