Why was my question downvoted then closed when it has more details and clarity than others?

What is wrong with that? I need help finding a regex solution.

Here is another question that has only two lines and is still there getting upvotes: How to extract text in php using regex 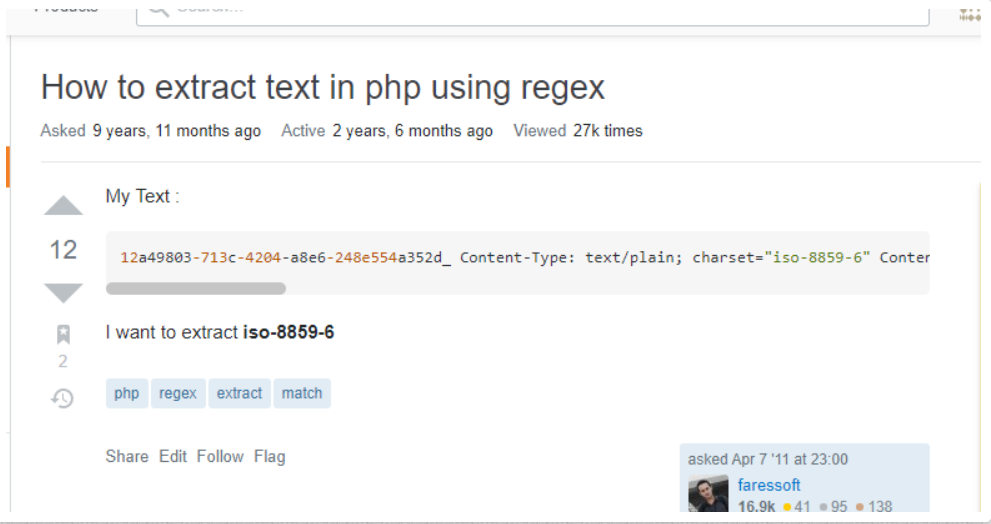 Someone commented saying I should show them how hard I tried first before I asked. Why? Another person said that the data should be stored already so I don't need to extract it with regex. Sorry, but the data is coming from RSS and not stored.

Moderation standards have changed since the site was first created. You don't want to use something from 2011 as justification for why your question shouldn't be closed; the rules were different then. Also, sometimes an off-topic will fly under the radar. This site gets a ton of questions everyday and there aren't enough people moderating the site 24/7 to catch everything.

This is only speculation, but: Another thing that's different in your question than the other one is that the old question is only asking for help with one type of string. Your question is asking for a regex that will work with 3 different formats, which might be why you got the close reason that says, "Update the question so it focuses on one problem only". I don't know for certain that's why they closed it but that might have been their issue with it.

Someone commented saying I should show him how hard I tried first before I ask. Why?

There are a few reasons this is useful:

Not the answer you're looking for? Browse other questions tagged discussion specific-question downvotes closed-questions .

4
Why was my question downvoted and not closed?
1
Asked one well-recieved question, but second similar question was closed and downvoted
3
Why was this question closed as needing details or clarity when it didn't fit the close reason examples?
11
Was this question correctly closed as "needing of details and clarity"?
77
Should I post a question asking to confirm knowledge?