Make "Hats" Opt-in Rather Than Opt-out

To each his own, but there are users for whom "hats" adds no relevant value to this site. On the other hand opting out takes an iota of useful time and attention from them annually.

The costs of participation, however small, ought to be taxed to those who wish to play the game — not to those who'd rather not.

You provide no reason why your time or attention is more valuable than anyone else's.

That's because I don't claim it's more valuable, only equally valuable.

The first is clearly the more fair outcome.

Because you're grouchy? Have a Grinch hat:

I wasn't grouchy, but now I'm slightly sad that you felt the need to resort to ad hominem over an evidently unpopular but straight forward feature request.

This strikes me as silly and petty.

The majority of users enjoy having fun at the end of the year with hats. We give you the option to opt out if you so choose, and we don't judge you for it. But we intentionally enable it by default because we think it's fun and most of our users will like it. The developers didn't go through the effort of building this and fixing all the bugs, just to have it default to being turned off.

…opting out takes an iota of useful time and attention from me and each of the like minded annually.

I read this as selfish. Opting in would take an iota of useful time and attention away from the majority of users who like hats and want to have fun. You provide no reason why your time or attention is more valuable than anyone else's. Because you're grouchy? Have a Grinch hat: 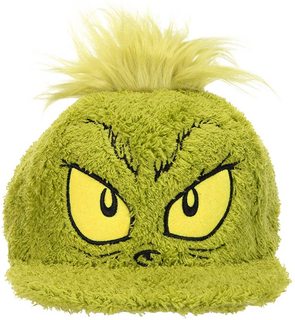 Not the answer you're looking for? Browse other questions tagged feature-request status-declined winter-bash .