How to deal with incorrect tag removals

Some users try to remove swift from SwiftUI questions, claiming that 'It is SwiftUI, not Swift'.

However, SwiftUI is just a Swift framework (not a separate language) and if you write an app in SwiftUI you're essentially using the Swift language.

As stated by Apple:

With a declarative Swift syntax that’s easy to read and natural to write, SwiftUI works seamlessly [...]

That being said, in Suggested Edits queue I stumbled upon many retags which were only about removing the swift tag from swiftui questions.

Here are some very recent examples:

Are you aware that SwiftUI is made with Swift? You cannot discuss the former without discussing the latter.

As you can see, most of these edits are rejected (either by me or by high-rep / swift gold-badge users). But if the OP (especially if a new member with 1 rep) approves the edit then it won't go to the Suggested Edits queue and the swift tag is immediately removed from the question.

What should we do here? Such suggested edits just add an extra workload for reviewers and, if not caught, made swiftui questions harder to track and/or answer.

Before posting here, I asked some of these users to refrain from removing the swift tag, but it just didn't work: 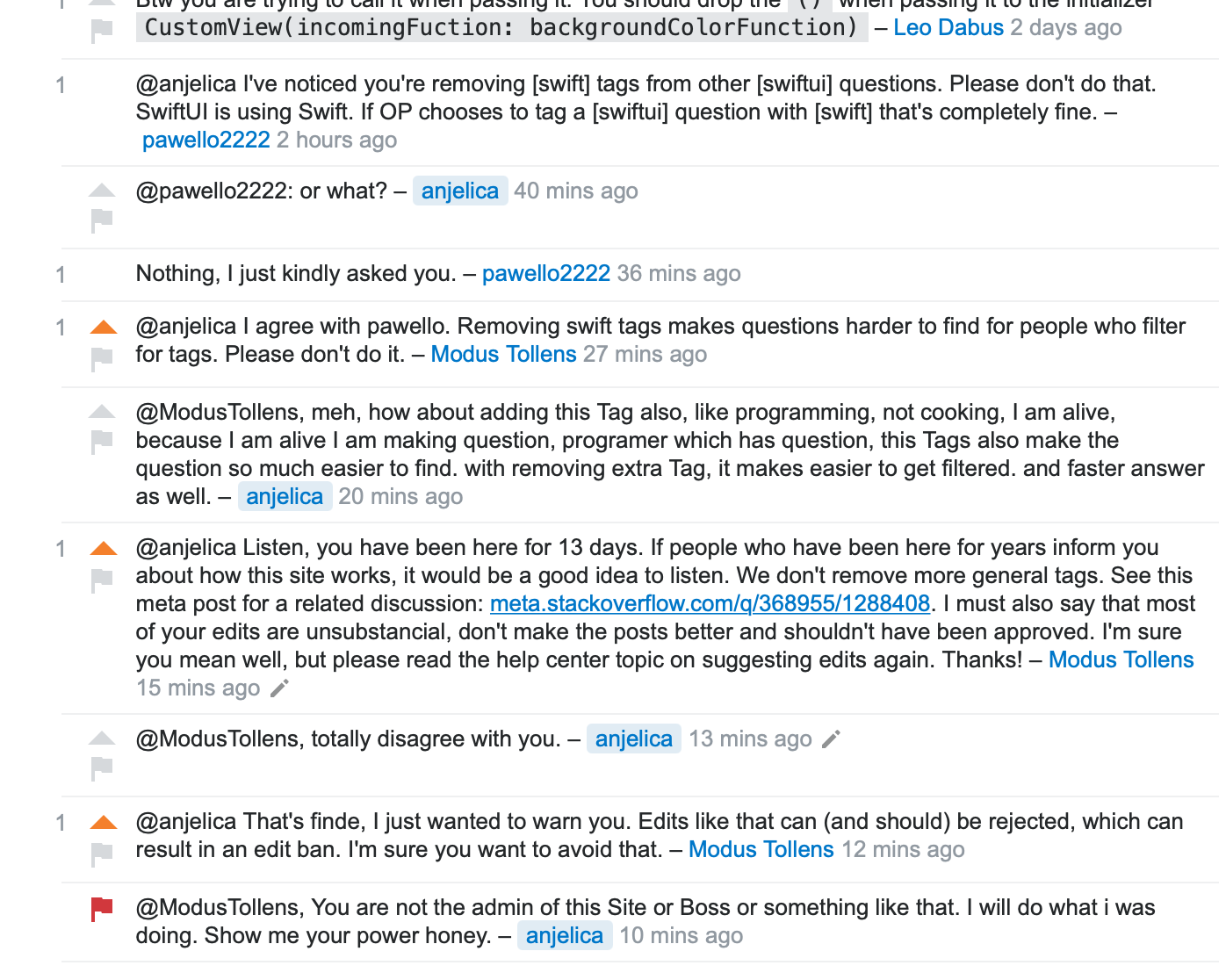