Voting on posts with a bad internet connection results in confusion

When you open a page, read the question and/or answers, it's not uncommon for your internet connection to fail without you knowing (until you try to send a request by clicking on a link, etc).

Let's say it's one of those bad internet connection days; you vote on a post, and a courteous light pink banner appears on the top of the screen (probably to not block the user's view) displaying the words:

An error has occurred - please retry your request.

This is after pressing the arrow; the banner won't appear until you move the cursor: 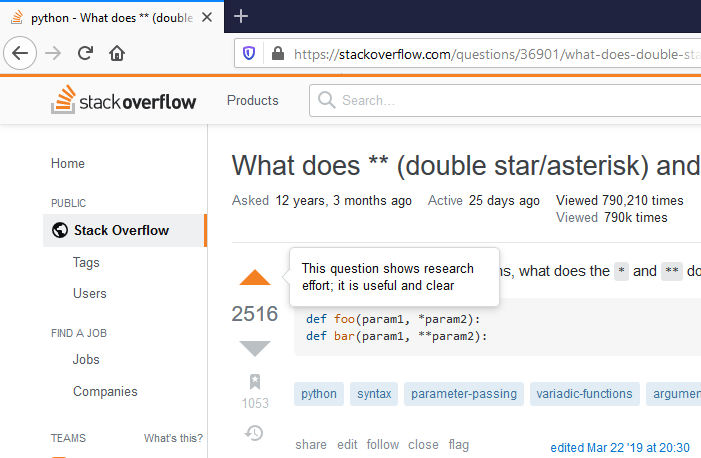 This is after pressing the arrow and moving the courser:

Not too hard to notice, but also not too hard to overlook. Still, the message is not very clear that it means that your vote didn't cast. Plus, the banner disappears within in a matter of seconds, so perhaps you've looked away for just a couple of seconds and didn't catch it.

The problem is, the vote count will appear to have increased/decreased (depending on whether you've attempted to upvote or downvote) in the browser, and the selected arrow will be highlighted.

If your internet connection gets fixed before you leave that page, as you continue to interact with the page, like editing, answering, commenting, etc., the inaccurate vote count will remain

This may have resulted in plenty of cast votes that weren't cast. When you attempt to vote on a comment when you're offline, a deep red message pops right above the cursor that says:

An error occurred during voting

This is pressing the arrow: 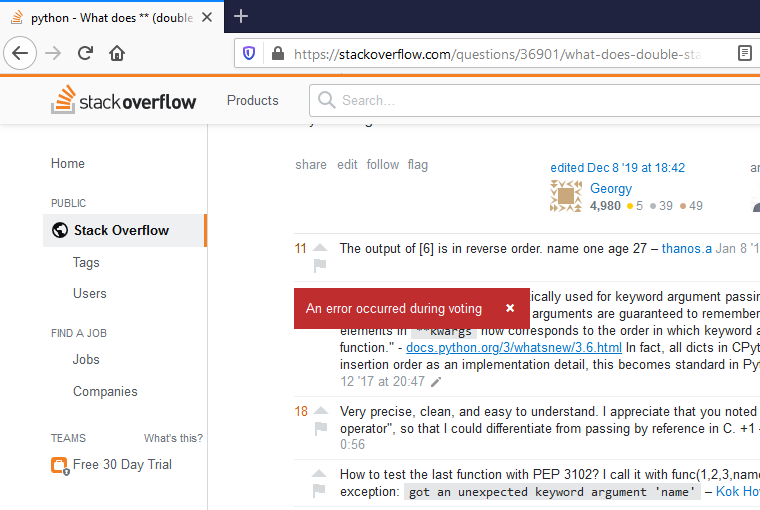 This is after moving the cursor: 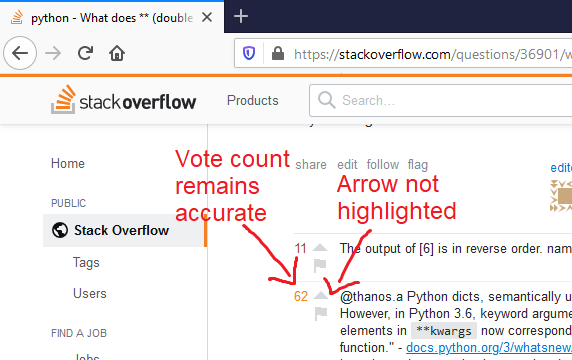 The message there is strong and clear, the vote count doesn't change and the arrow won't be highlighted.

This "bug report" is asking for a rewrite of the (front-end) voting logic for the corner case where a user loses connection after successfully loading the whole page. That seems excessively rare.

You could just reload the page if you see that error message appear...