Credited with someone else's suggested edit

I went to my history of suggested edits and I saw a pending suggestion. I didn't remember making it, so I went to it (https://stackoverflow.com/review/suggested-edits/27694848). 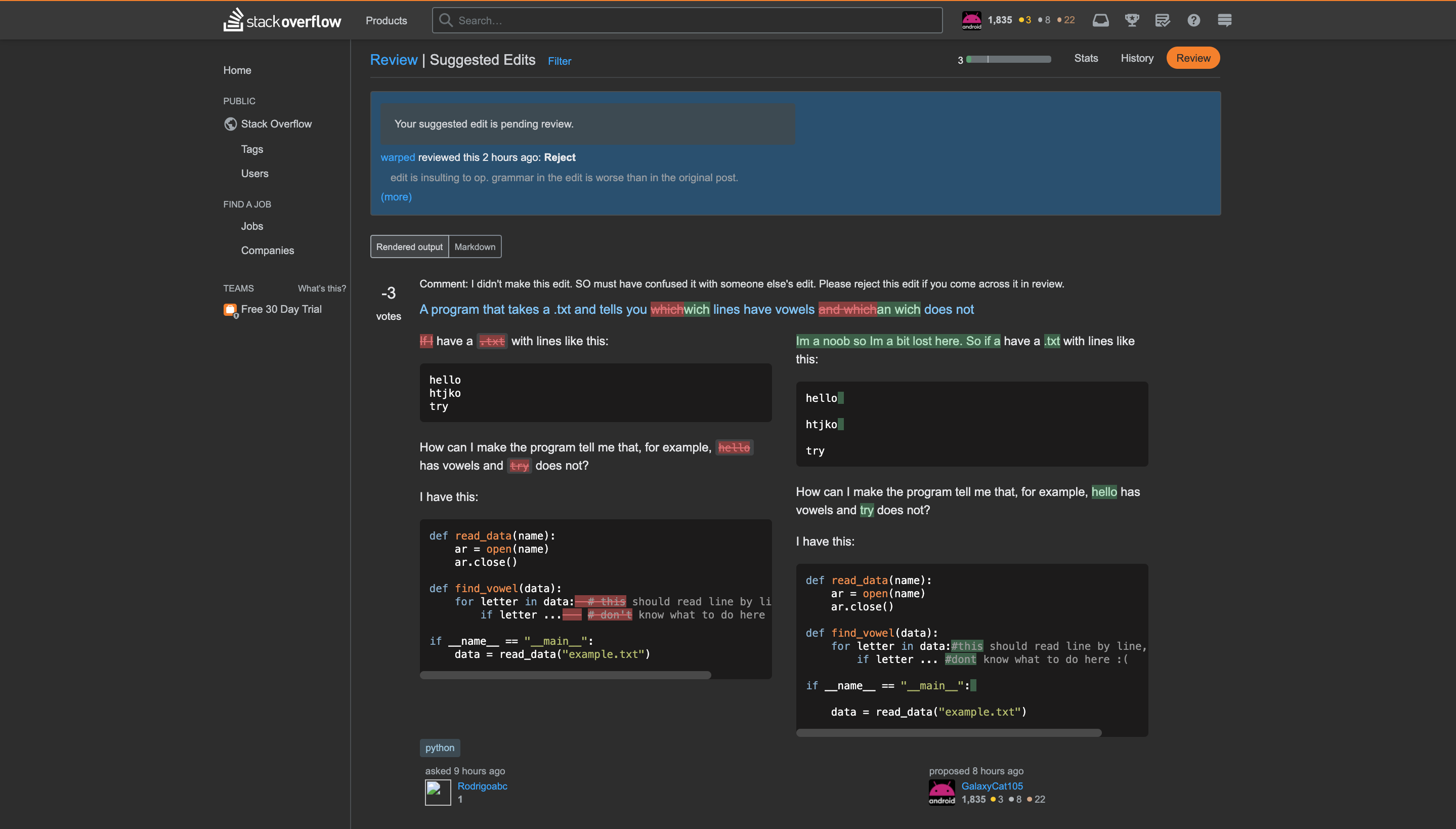 I was surprised when I saw this, because I was sure that I never made this edit. I think that SO might have mixed my edit up with someone else's.

One thing that might have happened is that I wrote an edit improving formatting, and I forgot about it. After a while, two edits had already been suggested to the post (there was an orange banner at the top of the screen). Then, I saw the post was closed, and there was no way to retract an edit, so I moved on. Maybe SO attributed one of the other two suggestions to me?

For now, I've changed the comment on the suggested edit to "I didn't make this edit. SO must have confused it with someone else's edit. Please reject this edit if you come across it in review."

4
Should a high-rep user post the edit as his own even if it adds nothing new to already suggested proposal?
40
When OP clicks [edit] while someone suggested an edit, the suggested edit gets used and the edit rejected
17
Display of Suggested Edit hides important information