There are several questions that have meaningless titles, such as this one:

They commonly originate from users with very low reputation (often as a first post), and are downvoted.

I think it would save time for everyone, and be a more positive experience to the new posters, if while trying to post the question, there would be a warning that the title is too general to the point of being meaningless. It probably could be done using an NLP model trying to predict a downvoted answer from the title alone, but a low-effort rule-set could probably catch a lot of it:

Having a downvoted first question is probably not a good experience, so it might pay to invest in things that seem easy to address. 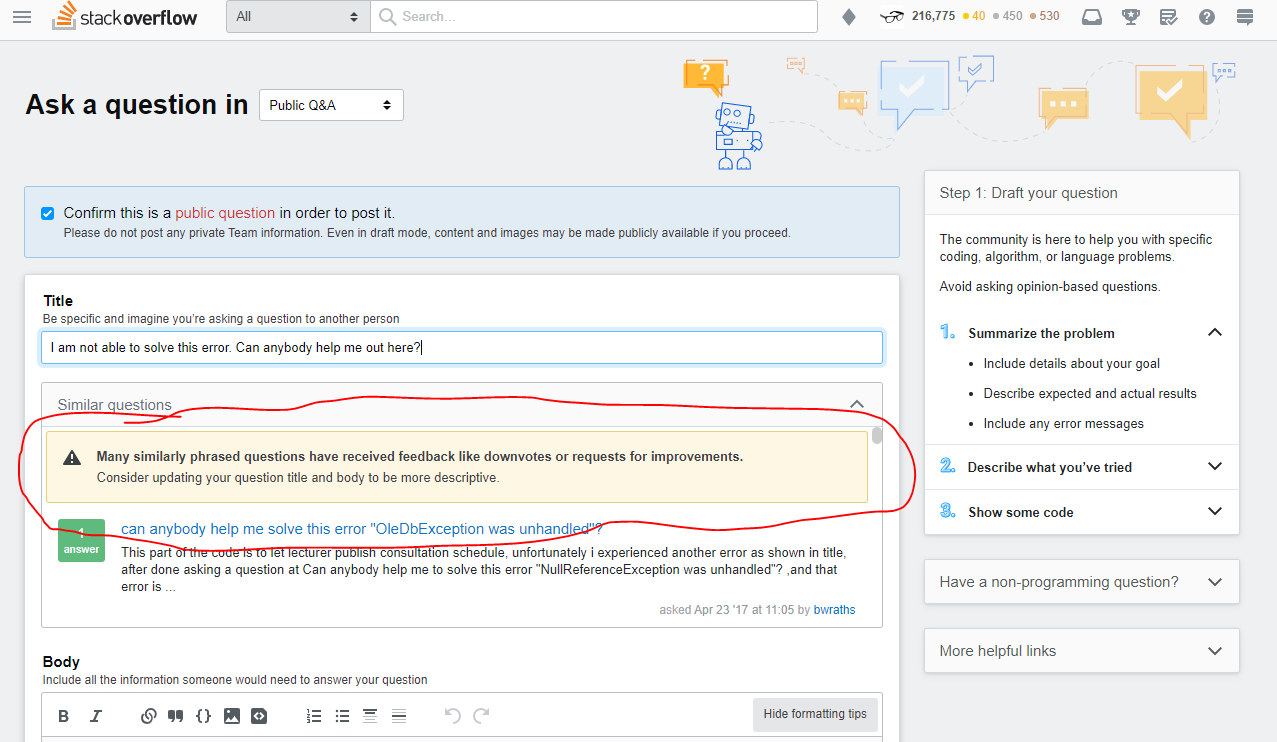 Yeah, we have that already. Doesn't seem to be helping much, does it?

48
Make the "many similar phrased questions have downvotes" banner prominent

51
Do we have an epidemic of low-quality titles?
78
Request for option to filter which networks appear on Hot Network Questions
93
Implement a vote-based warning system for potentially dangerous answers
62
Automated warning, if question contains more than X lines of code
42
NullPointers - add links to what it is and the tag (similar to regex)
34
Exempt edits from "Title cannot contain" for high-rep users
29
Request new users to read tag information when asking question
1
Warn users if they are asking in a language other than English