Why are the upvotes of deleted user is subtracted from reputation in a single day?

I was just going through Jon Skeet's profile and I noticed a bug (to me, a solid one) in the StackOverflow reputation system. Then, going through Gordon Linoff's reputations, I realized something even crazier. 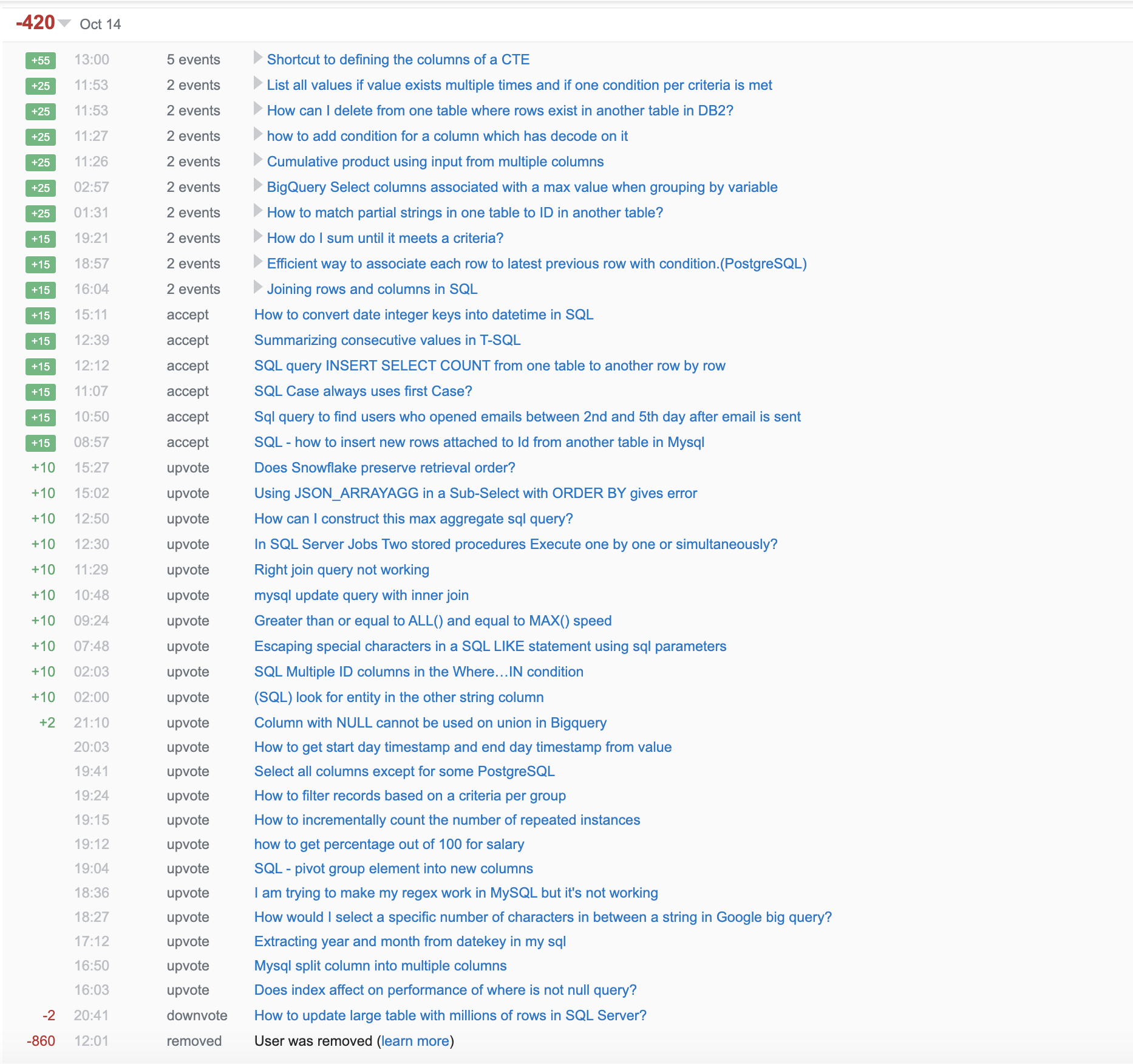 As you see in the image, Gordon lost 420 reputations on Oct 14 which doesn't make sense at all. Here is a link his reputation page.

We know that each user can get at most 200 points per day from the upvotes. Beyond that is ignored. However, first, up to 20 upvotes are counted, then if an upvote is reverted, or a user is removed from the system, their upvotes are removed from each user's daily reputation.

So, supposedly, if a user is removed from the system, their upvotes are subtracted from each user for the day they upvoted. However, one user who upvoted for Gordon Linoff 86 times is removed and Gordon lost 860 points for the day, not the days the user upvoted.

I know this complicates things but this is StackOverflow.

2
User removed and daily rep cap
172
Why is there a daily reputation limit of 200 points?
3
Does the order in which reputation is earned influence your daily limit?
58
For "User was removed" event, why are editing reputation points rolled back? It can be sort of unfair?
38
What will happen if a user reaches the reputation cap after being serial voted?
5
Deleted posts aren't excluded from daily reputation/upvotes cap