Why was this "copy/paste" answer undeleted?

I flagged the following answer as it was a simple copy/paste of another one and it was logically deleted. Now after a nonsense edit it was undeleted.

The edit is a kind of joke to me and confirms that it's indeed a copy/paste of an existing answer. 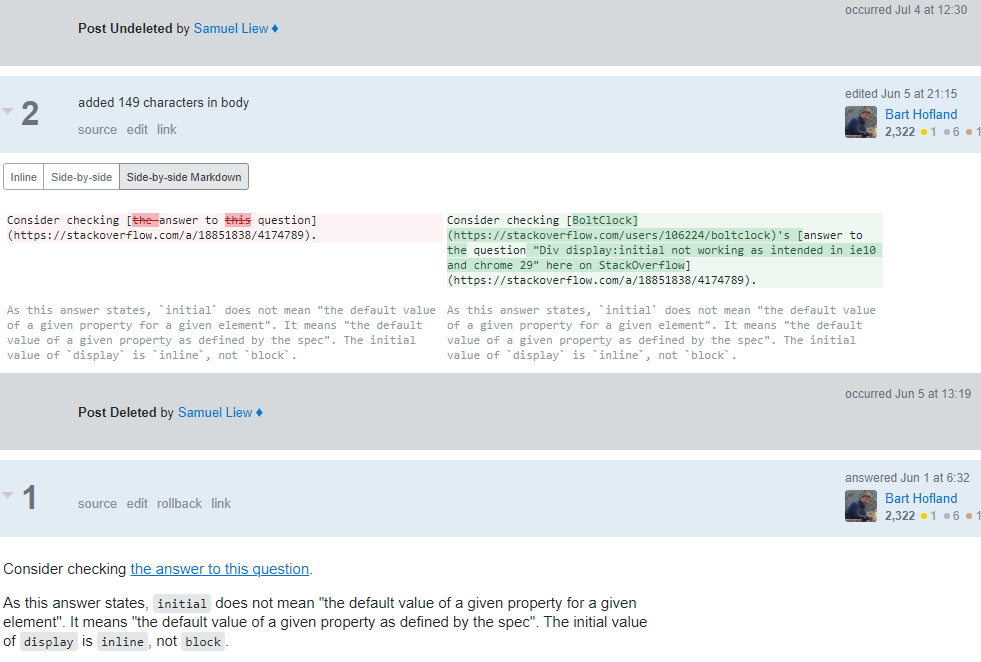 This is how it played out

Looking at the whole context, it's clear the user had a link originally and the edits didn't actually fix that. The user clearly thought they had, because they raised a flag to that effect.

Why did a mod think that it was fixed? There's two things that probably played into this

As such, a cursory scan in the mod console would show a post with an attribution link to the material. It wouldn't tell us that link existed originally. It's an easy mistake to make here.

What would have made it clearer for everyone would have been skipping the plagiarism angle in the original flag. As a commenter noted above

He gives proper reference to the original poster, so it's not plagiarism. An answer that shouldn't've been posted in the first place, for sure - but not plagiarism. Guess this is the sort of situation delete votes are for.

It's attempting to answer the current question with an answer from another question (in other words they managed to avoid posting a link-only answer). Because of the flag, Mods reached out to this user about plagiarism, which they (to their credit) tried to fix, despite the fact that the answer was unsalvagable because the question was a duplicate (something the user should probably have explained to them).

I would still mod flag, but explain that they had merely referenced the answer from the duplicate rather than writing a new answer. That should still get it deleted, if this happens again.

Not the answer you're looking for? Browse other questions tagged discussion specific-answer plagiarism .

11
What to do with answers that are copy and paste of other answers here
1
Why was this answer deleted
2
I flagged a copy-pasted answer and it got declined
29
Is this plagiarism or a simple bad answer?
21
Copy-pasted answer, declined flag