Should I fix the formatting if it changes the meaning?

I was going to fix a simple typo in this answer. In its first revision it goes like this:

If you want to get an array of ints, with values form 1 to 10, from a Stream, there is IntStream at your disposal.

However when I edited the answer, I saw this: 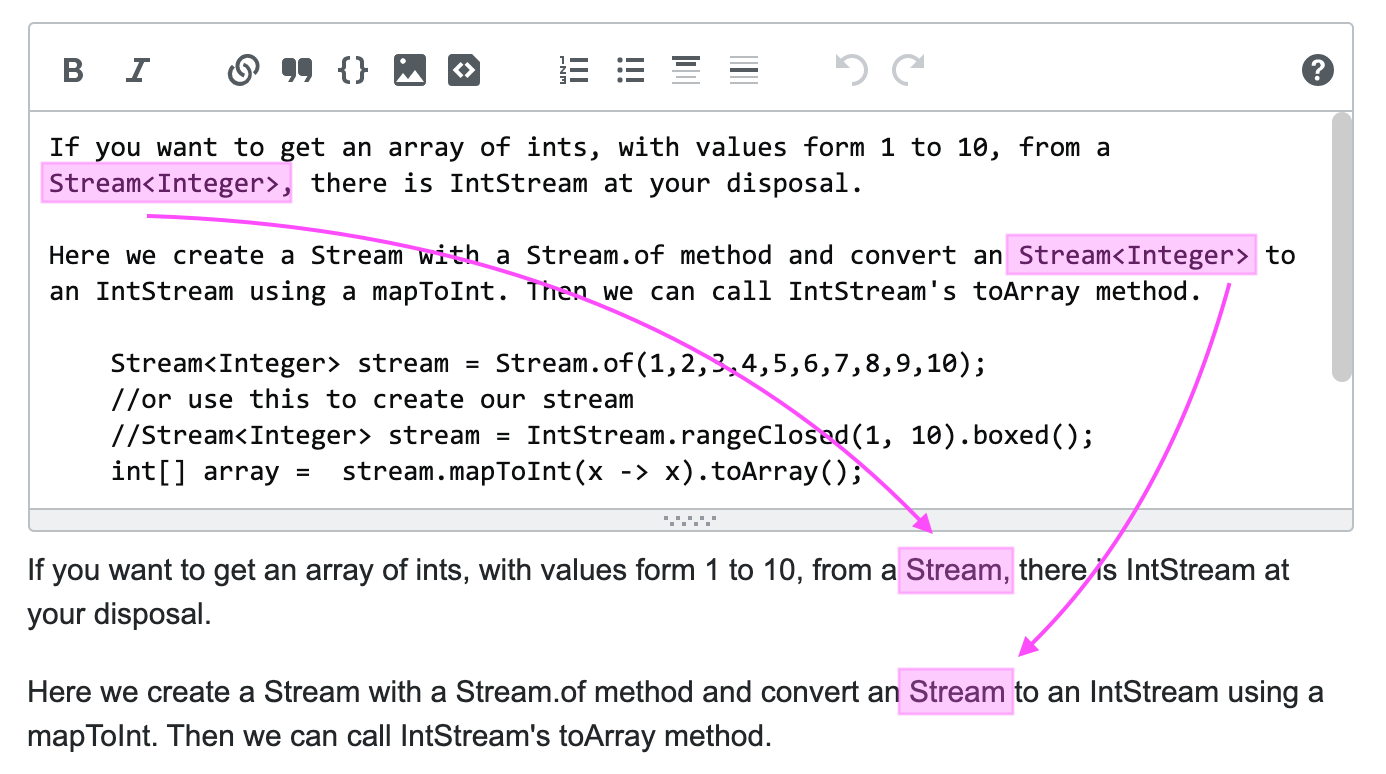 As you can see, what should have read as Stream<Integer> is shown as just Stream due to <Integer> being interpreted as HTML (and rejected by the editor) I presume.

If I format things correctly I reveal what the author truly meant. However wouldn't that also invalidate the votes of the public? After such a change, this may or may not be the same answer that people found so useful.

What should I do?

Stack Overflow has always done this (C# type specifiers in < > being interpreted as HTML tags outside of a code block), and I've always fixed them without hesitation.

We see other kinds of problems like new users putting "example files" in without a code block, like "Hi, here is my file I'm trying to read, how can I split it into words":

...it's a different interpretation. We make edits that change interpretations all the time, but we should always seek to preserve intent.

Experienced users will probably hit the Edit button to see the raw input before they post a "it's supposed to be Type<X> not Type kind of comment" or if they suspect that the line structure of the example file might be misrepresented, and if inexperienced users make a comment that is invalidated by a subsequent fix, they'll probably come to acquire the relevant experience that they should check before commenting.

If you do make a formatting fix that you feel invalidates anything, or if you feel that the OP would benefit from having it drawn to their attention so they don't make the same mistake again, it can be worth making a comment to that effect.

You're not changing the meaning because

Not the answer you're looking for? Browse other questions tagged discussion edits markdown specific-answer markdown-rendering .

23
"Answer posters" alerted when question is edited
10
Should we correct incorrect answers?
3
What is the 'rules' for editing the question to fix (possible) 'typos' which may affect the answer?
19
Why was the third edit in this question approved?
4
Approve or reject 'good' edits that only make sense if Q and A's are both changed?