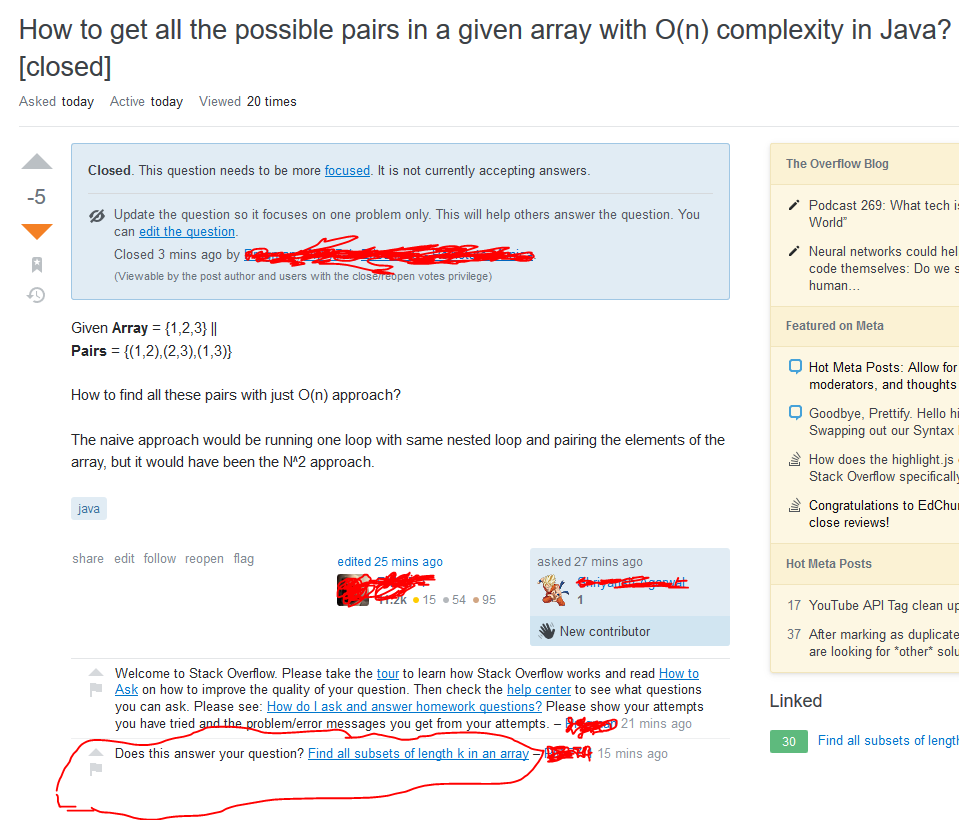 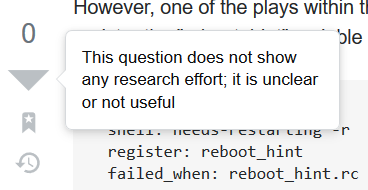 451
Stack Overflow fails to promote well-researched, well-written, but difficult questions
145
Should one advise on off-topic questions?

239
Do we need a close reason for zero-effort questions?
63
Misuse of "off topic" closure reason
133
Remove the incentive for FGITW to answer well known dupes
35
Are questions about using point and click "visual" interfaces that write code on topic?
5
Should there be a "please provide all necessary source code" flag?