I just got 190 reputation points robbed! Could someone explain to me why? [duplicate]

On August 16th, a user that I had helped several times in a row, decided by himself to upvote all my answers, granting me above 200 reputation points in a matter of minutes. I guess (because I don't know him), that it was some kind of action to show gratitude from his part. The next day (August 17th) I got a message from several moderators asking me about this suspicious activity. I explained to them the same I just said. And they decided to subtract me 210 reputation points (as you can see in the picture I'm including in this post). I didn't complain because I thought it was fair, and besides, I don't want to have any problems with this community. 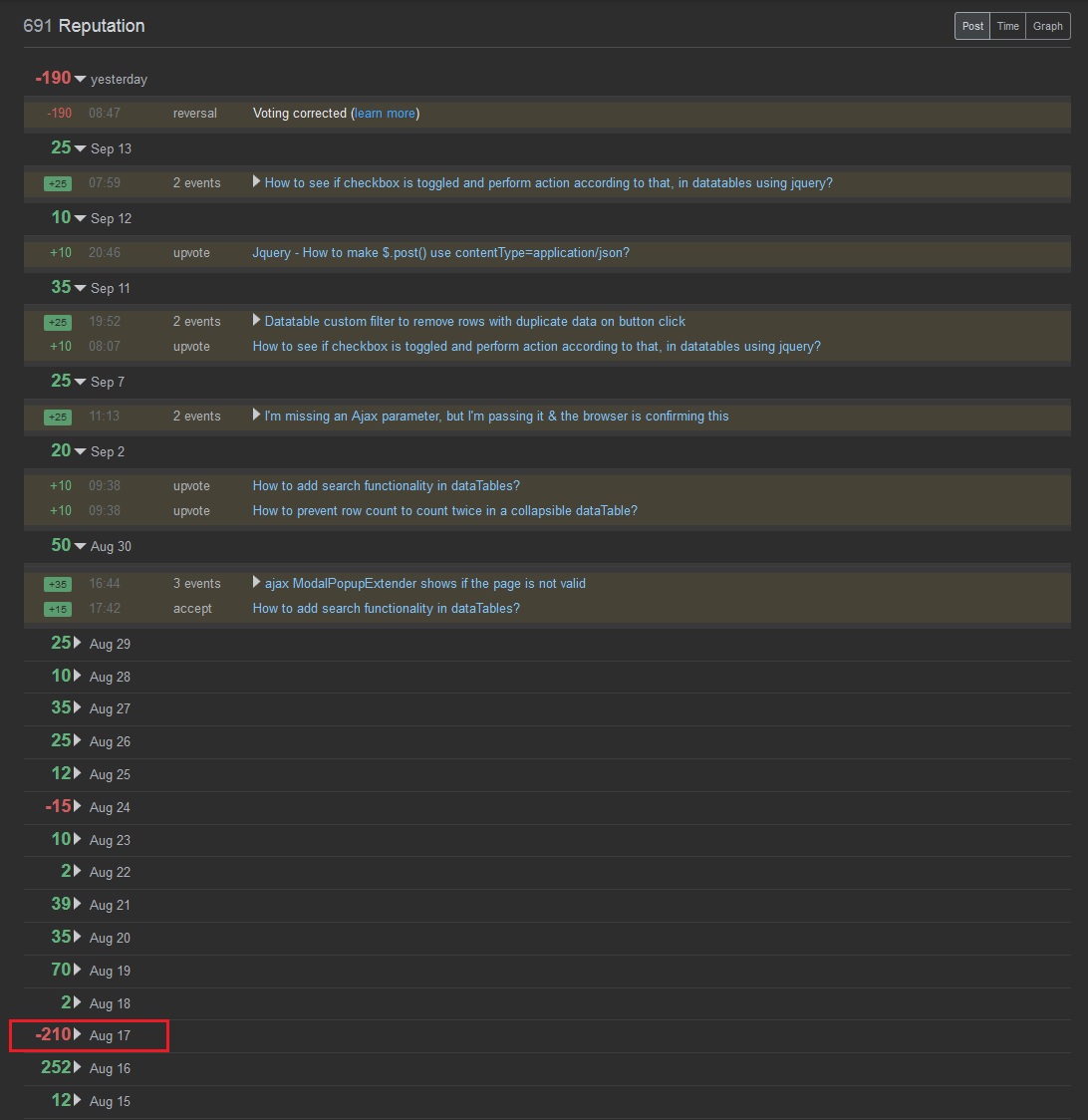 You can check my recent activity from August 17th to yesterday if you want. I don't have anything to hide.

Are you telling me that all this time I've just answered the same user questions but he/she created different accounts? Oh, come on!

So, as the title of my post says, could someone explain to me what just happened?

It seems that Stack Exchange Staff returned me 60 reputation points (the other 10 were because a recent upvote in one of my answers), because part of the 190 points they subtracted me, were because they also reverted my 4 accepted answers to the the "grateful user" questions (they also reverted the "grateful user" upvotes to my answers from those questions, equivalent to 40 rep pts., although they were his/her only valid upvotes. LOL). See? I told you something was wrong.

Thank you very much to whoever helped me with this really unfair situation.

I got a message from several moderators asking me about this suspicious activity. I explained to them the same I just said. And they decided to subtract me 210 reputation points (as you can see in the picture I'm including in this post). I didn't complain because I thought it was fair, and besides, I don't want to have any problems with this community.

The 210 reputation points was dropped automatically. Post this, we escalated it to the staff, who have actual tools to investigate cross voting on users. The CMs had 600 such requests in their backlog and cleared this ticket yesterday, where they found an additional 190 reputation points exchanged, which was also removed.

If you have concerns/issues about this, the right place to air them would be to send a message directly to the Stack Exchange staff, by using the contact page. Normal meta users don't have the necessary tools/information to handle this.

I can't share who did it, but I can at least explain why this happened.

On Aug 16 you were serially upvoted

The serial upvoting script caught these and reversed them on Aug 17. The problem is there were more votes cast than just this batch. In cases like this, we have to escalate to a Community Manager (Moderators cannot directly see votes cast, nor can we invalidate votes). That escalation was handled today as part of the CM Ticket Smash. A Community Manager looked at this and reversed more votes.

Not the answer you're looking for? Browse other questions tagged discussion reputation serial-voting voting-correction .

7
Is voting corrected triggered by another user or a periodic process of Stack Overflow?

58
For "User was removed" event, why are editing reputation points rolled back? It can be sort of unfair?
2
Victim of serial up voting