Which questions are ok to ask without code? [duplicate]

So imagine someone created a language called it "X" and disappeared away, then i found it, started working with it, then an idea came to my mind

How can i do y in X Language?

As you can see i didn't provided any code, because there are no examples for it. Does it okay or should i ask it like

How can i do y in X Language, we usually do like this in Python

They both looks ok, but now take a look at this question 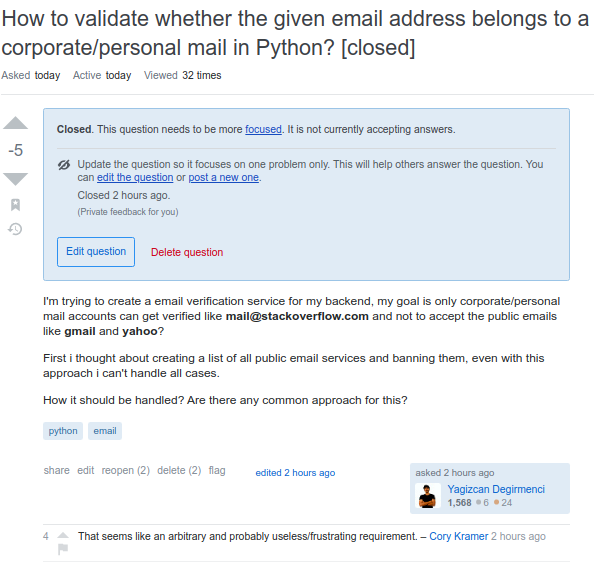 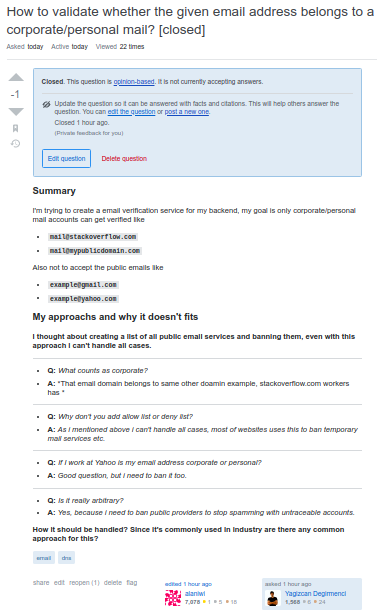 Then the user posts a new question including the more details(because that's what flag says), it also gets closed because it's opinion based? These are some comments:

I deleted the language tag because there is nothing Python-specific in your posting. You have posted no code, as you haven't defined your problem requirements. "Figure out what I want and give me a coded solution" is far outside the bounds of Stack Overflow's stated purpose.

The OP added Python when he creating the post, but some other user comes and deletes the tag, then flags it, says this. But the OP, does not asking for a coded solution or any code, just asking for how other dev's usually handles this, also there are some users waiting for the post reopen,

but OP spended last three hours to explain this is maybe you won't need but i need this but it doesn't makes this arbitrary,still no progress, This is really exhausting, everyone says it's "arbitrary" or "my friend is self-employed he uses gmail is it considered as corporate mail?" etc. But no one shows me a way or redirects me to any url with "this could be useful" eg ,that's the funny part, no one knows how to do it,but they keep closing this with just their opinions, That doesn't changes the fact that i still need an answer even the question is arbitrary for them, how can i reformat the question to get an answer? Am i asking the question in a wrong way or their approach is high-handed?

The point is not that you're asking a question about an obscure programming language, or that people don't like what you're trying to build. Both are not valid close reasons.

The point is that you're basically asking "How do I detect domains where it is trivial to create a new, free email address?" - and that's way too broad. Also, it has been asked dozens of times, there are online services you can pay to detect this, some lists of well known free domains circulate the web which you could download and use as a blocklist, and so on.

Here are the points the question needs to address:

As long as the question passes these points, it doesn't matter if it has any code.

As a moderator once said in a chatroom:

I'm starting to become concerned that this room is somehow promoting the idea that all questions need to have an MCVE and/or that debugging questions are the only questions that are on-topic for Stack Overflow. That is not only wrong, it's horribly wrong, dangerously wrong. So I step in and correct this misconception as often as I can.

So just address all the points, read up as much as you can about asking a question (see How to ask for starters if you haven't already).

Not the answer you're looking for? Browse other questions tagged discussion questions asking-questions .

82
Is it always a good idea to demand the OP "post some code"?
693
How much research effort is expected of Stack Overflow users?
48
Is there really a universal code requirement?

29
Questions that ask about tutorials or How to do something without showing code
4
Are edits described as "Format code" or similar automatically rejected?
2
"My Code Isn't Working" clarification
44
How can I find a balance between overexplaining (which wastes time) and underexplaining (which leads to negative feedback)?