I was just going through old election pages, and noticed something weird in the sidebar of the 2011 moderator election: 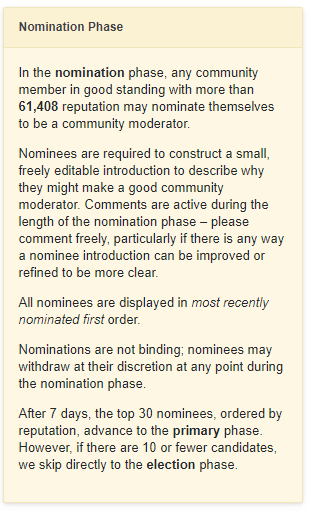 This number only seems to show up in the 2011 election; in later elections, the correct, expected value of 3,000 shows up.

Why was 61,408 reputation required to run in the first election that used the /election platform, and why were there a bunch of candidates below the threshold who were allowed to run (there are a few candidates who don't have 61,408 rep)?

Humor aside, why is the sidebar showing an incorrect value for this election, and can it please be fixed?

A similar issue is also occurring on the Mathematics site: the 2014 election incorrectly states that 1,233 reputation was required to run in that election, even though the correct value should be 1,000.