Advertised on a Q&A. The company name itself seems kind of a gray area.

(For context, according to Wikipedia, this company is

The help center for jobs states:

If you notice any suspicious, inappropriate, or spammy content, please report it. Our team will review the report and take any appropriate action.

Should I have flagged the listing as inappropriate? Or just dismiss and move on with life? 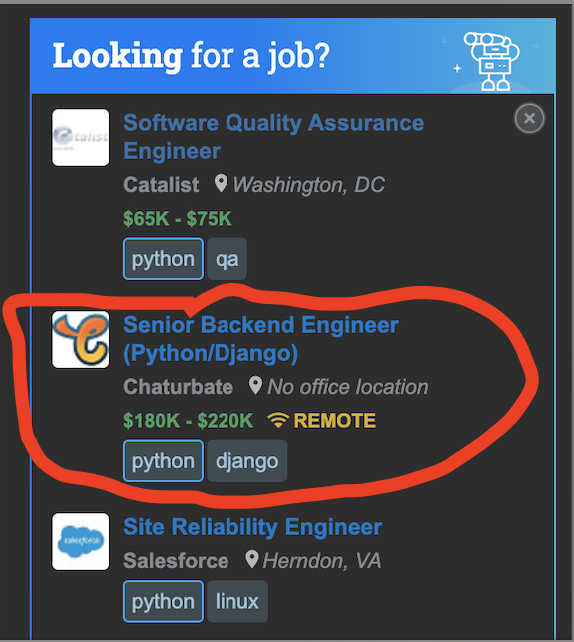 The company in question is not breaking any of our policies. If you're not interested in seeing jobs from this company, you can dismiss them from the ad, job listings, or company page.

Put another way, the issue isn't with the advertisement or the posting itself, it's with the company doing the advertising.

It's assumed that we're all adults when applying for jobs (e.g. majority age of 18+), and I don't see any other rationale to restrict someone from wanting to apply at a job that deals in the adult entertainment industry.

If you had a specific issue with the advert in that the offer seemed dodgy, or the posting was otherwise inappropriate, then sure, flag it. But I don't believe it's appropriate to flag it just because it's from an adult entertainment company.

1
Double Posting - Flag
4
Why is this job link broken?
31
Can employers see when a user favorites a job posting?
4
Job posting on Stack Overflow