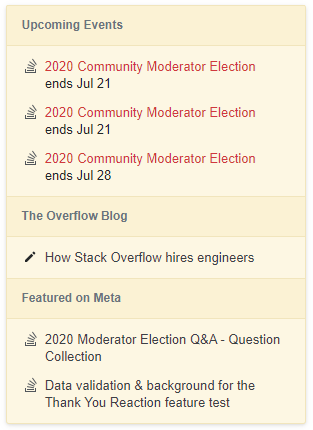 3
Election metadata is too close to the top divider
323
2014 SO Moderator Election Q&A - Questionnaire
267
2016 Stack Overflow Moderator Election Q&A - Questionnaire
24
Two moderator positions are available; why are there three choices?
63
Why does voting in the election not ask me to sign up or log in?
5
Three times Gutenberg, why three tags, should they be synonyms?