Why was my edit that fixed code indentation rejected for actively harming the readability of the post? [duplicate]

I made an edit in this post. Excel VBA Web Scraping IE NAVIGATE method Works Vs MSXML2.XMLHTTP60 not Working
Edit rejected with this reason:
This edit does not make the post even a little bit easier to read, easier to find, more accurate or more accessible. Changes are either completely superfluous or actively harm readability.
The code provided by op looks like this: 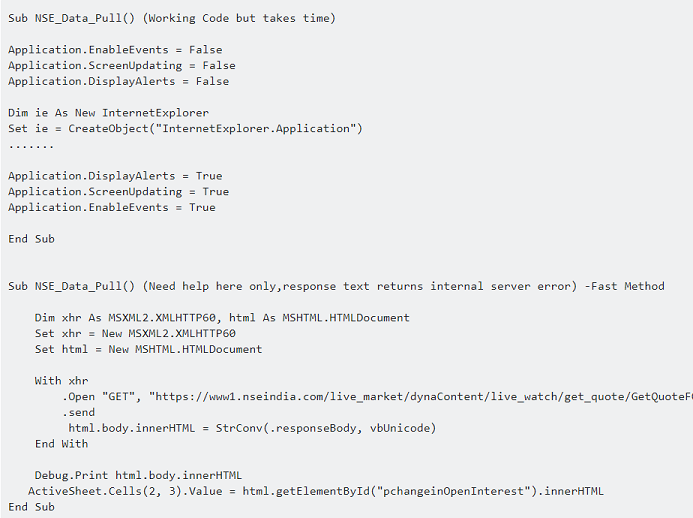 I suggested an indenting of the VBA procedure, so it had to look like this: 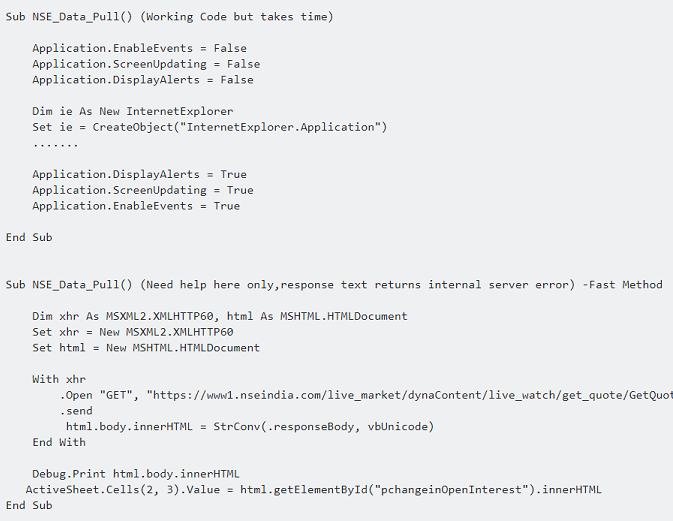 Just curious, in which way this actively harms readability and does not make the post even a little bit easier to read?

You were far from complete in that suggested edit.

First of all VBA doesn't go in a stacksnippet, that is only for HTML/CSS/JavaScript code blocks that are expected to be runable. You really should refrain changing code as much as possible unless it is a big mess. Fixing only indentation is not a high prio edit. See also When is it okay to edit answers for "Code Formatting?"

If you edit a post, you need to fix everything. Your goal should be to make that post perfect so no editor after you feels the urge to edit that post again.

In the specific edit you missed:

Indenting is a code style. While I would prefer to indent the body of a function or sub, there are devs that refrain from doing that. If indenting is the only thing to fix, I would move on to the next post, specially if my edit goes in the review queue to be seen by at least three people.

When you make all needed edits make sure to summarize clearly in your edit comment what changes you made and why. Replace a stack snippet with a plain code block looks rather invasive for reviewers, your comment should point the reviewers on the issues you fixed.

113
When is it okay to edit posts for "Code Formatting?"