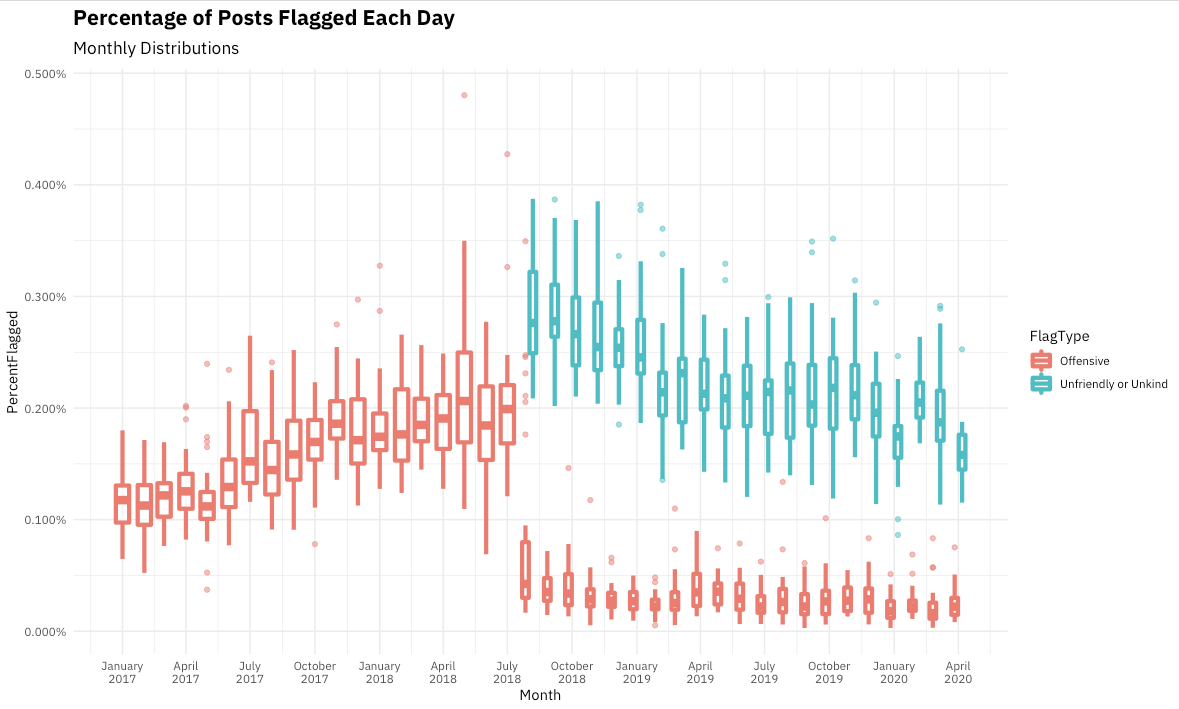 555
The rudeness on Stack Overflow is too damn high
86
Downvotes Survey launching Oct 15, 2020
162
Did Stack Exchange cut the number of negative comments nearly in half between the beginning of the fourth quarter of 2019 and January 21, 2020?
-4
Under the radar: unmonitored tags
-38
Users above certain reputation threshold should have access to see deleted comments, and the unmoderated version of mod-edited comments

120
When is a comment hostile or unfriendly? (Educating newer users how to flag comments)
24
If I flag a comment as unfriendly, but the user self-deletes it, does the commenter suffer a negative consequence?
39
Are users still punished for "unfriendly or unkind" comments left on deleted posts?
19
Is an unkind comment flag declined after deleting the answer?