I have been applying to jobs using Stack Jobs. I went back to look at my previous applications today. In addition to the text I typed for the job application, it had, below that, attached the text from a job I applied to 272 weeks ago!

I don't know why it added that. It was very discouraging, as it looked very unprofessional to the company to which those applications were going.

I'd like someone from Stack Overflow to contact me so we can get this bug figured out.

We've spent quite some time investigating this, since it obviously sounds concerning. We're unable to reproduce this on our end and we haven't gotten any reports from other users experiencing the same problem.

Here's what might have happened: on the "Apply to " screen... 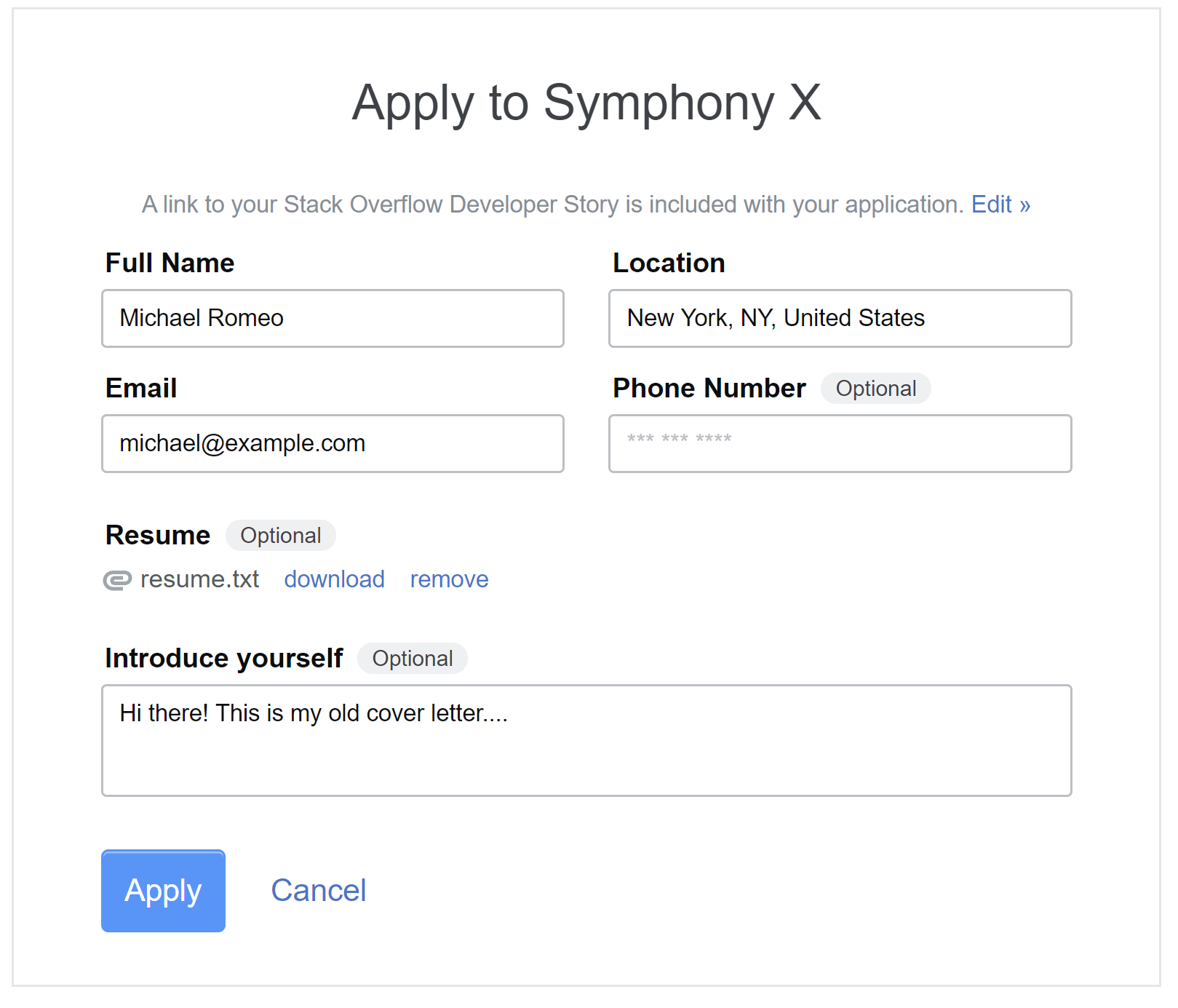 ... the cover letter field ("Introduce yourself") gets pre-populated with whatever you entered last time - even if it was years ago.

Maybe due to some erratic browser behavior, the old cover letter wasn't properly displayed; or it was displayed but it appeared selected (highlighted) so that it would have appeared that pasting the new one would replace the old one. Hard to say.

We'll keep an eye on this and check if we're getting additional reports of this happening.

43
Apply pop-up does not make it clear which version of resume will be attached
2
Importing beta developer story back to SO careers
3
Submitting CV breaks JavaScript
3
Filter out jobs applied for, and rejected, in last N number days
24
SO Developer jobs issue with sending applications
49
What to do when applying for a job gives no response at all?
14
Include job listing details with application confirmation email