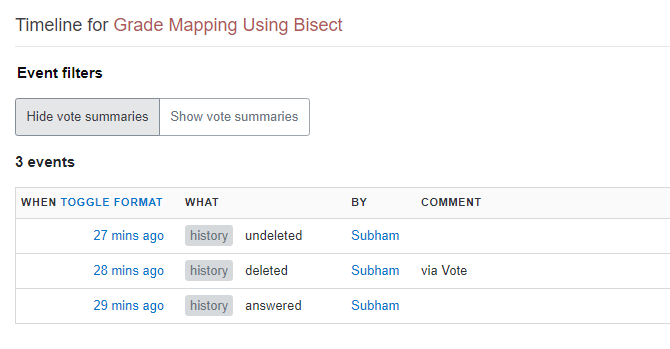 53
Add a link to the timeline of a post
26
Can we export timeline statistics of a post into a CSV file?
115
Reviewer overboard! Or a request to improve the onboarding guidance for new reviewers in the suggested edits queue