What is the point of the third question in the survey if I already indicated that I don't code?

I was checking out the Stack Overflow Survey and I noticed the following:

The first question seeks to find out whether I code: 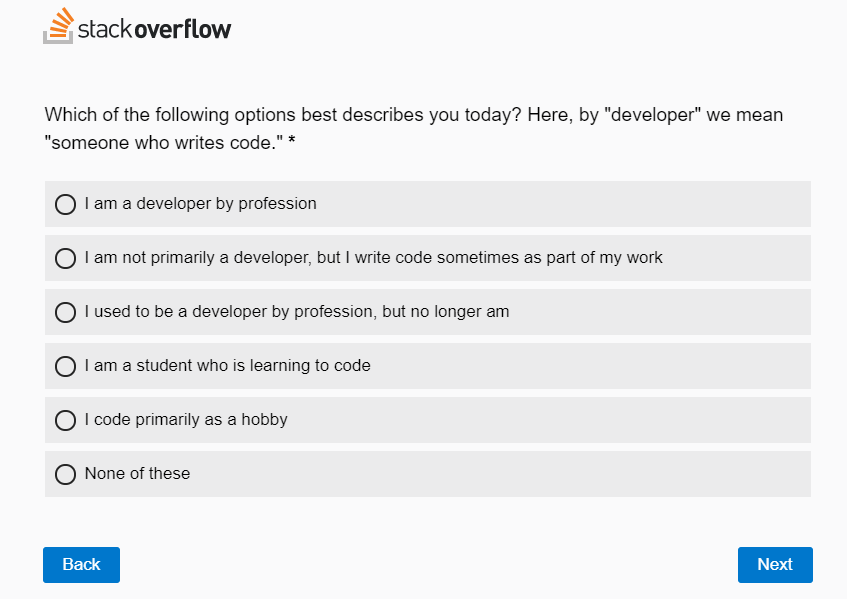 I chose the last option – "None of these" – which basically means that I don't code, nor have I previously coded, nor am I likely to code in the future. The second question apparently seeks to finalize this conclusion by giving me one more option (though it does seem somewhat redundant of one of the options on the previous question):

I selected "No" for this one and I was taken to the third question, which asks about my employment status: 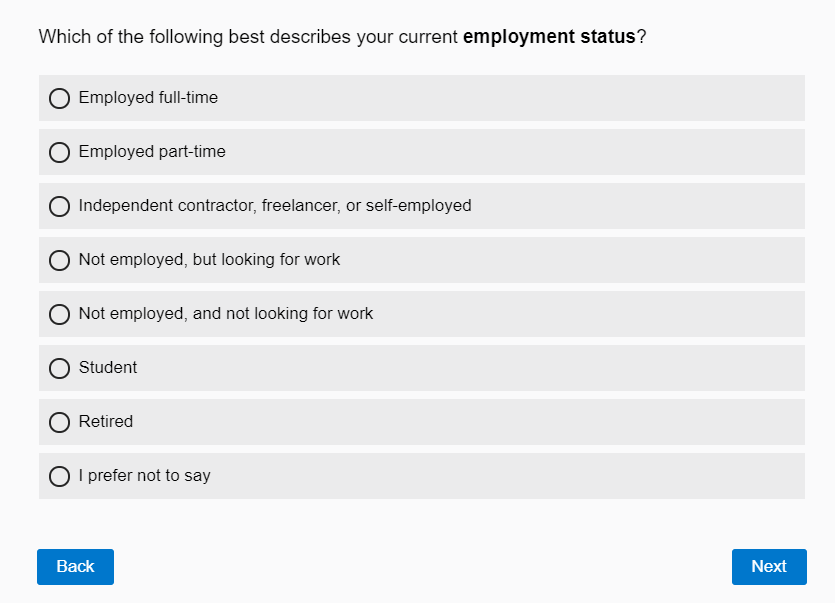 I tried every one of the eight options listed there and they all led to the same result:

I cannot continue with the survey because I don't code. However, there was no new information relating to that fact gleaned from the third question. It was already clear from my answers to the first two questions that I do not code, and none of the choices in the third question could have changed that.

Why, then, does the message telling me that I can't take the survey only appear after the third question? Logically, it should appear after the second question as that is when it was actually determined that I am not a valid candidate for the survey.

Is there a reason why ineligible users have to answer the third question in order to find out that they can't continue, instead of telling them right away after the second question?

87
Why can non-coders take the Developer Survey this year?

2
Requirement for flag duplicate to appear
22
Definition of "employer" in developer survey
43
Survey question "Do you contribute to open source projects" should not be a binary response
2
Why No Lifejacket Badge?