Was it a coincidence or was my bounty refunded?

I created a bounty on one of my question, but there were no answers and I found out the solution on 3rd day and posted it and there was no other answer for the duration of the bounty, however after 7 days I got upvotes giving me reputation exactly equal to the amount of my wasted bounty. Is this just a coincidence? 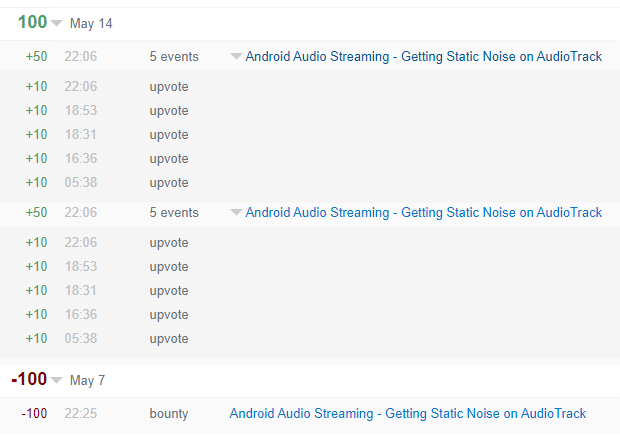 It was essentially a coincidence. You gave away 100 reputation for the bounty, and then you got 10 upvotes, each worth +10 reputation apiece. Thus, the upvotes neatly canceled out the reputation that you lost from the bounty.

I say "essentially" because it wasn't entirely a coincidence. You see, when you set a bounty on a question, it puts that question into the "featured" tab on the Stack Overflow homepage, thus attracting additional attention to that question. Some of the viewers of your question are naturally going to upvote it (assuming, of course, that it's a well-asked question). As the bounty gets closer to expiring, your question gets moved closer to the top of the "featured" list, thus resulting in even more views.

The reason you're getting +10 reputation for each upvote on your question is because of a recent change making question upvotes equal to answer upvotes.

The only way a bounty can be refunded is by getting a diamond moderator involved, and we'll only cancel bounties under exceptional circumstances. That didn't happen here.

Not the answer you're looking for? Browse other questions tagged support reputation bounty .

31
Does the bounty system not auto-award anymore?
10
Answering a question with a bounty. Update old answer, or start a new answer?
3
Is it possible to receive multiple bounties for same question?
4
How comes this bounty was awarded?
5
How did I earn this bounty?
9
How much time does our Community User generally take to award the bounty in case of bounty not being awarded within 7 days (plus the grace period)?