When is the recalculation update?

When is the recalculation update listed below?

Effectively, "now". Other than that, there is no precise timeline for completion.

The recalculation has already been performed on Meta Stack Exchange. The team responsible for such things is busy working on performing the recalculation for all sites in the network, including Stack Overflow:

We're working on it.
–Taryn

You'll see the changes roll out slowly across the network, taking into account the substantial load that a recalculation of this magnitude places on the database servers.

Nick Craver of Stack Overflow has been live Tweeting the recalc process, which he has spent the day supervising, along with Adam Lear, Taryn, and other team members.

Step 1: Kicking off a recalculation of reputation across the entire Stack Exchange network using their "state-of-the-art developer UI".

Step 2: Biting the bullet and kicking off the reputation recalculation for all 2.57 million Stack Overflow users. 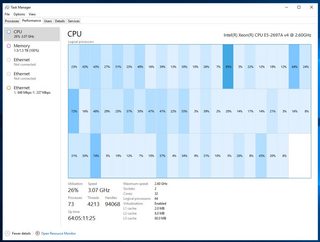 Step 4: It's all over but the crying.

Reputation recalcs have finished network-wide, but our event queue has piled up a bit (about 9.2 million events pending) as a result. It make take a few hours for all events to flush out naturally:

Not the answer you're looking for? Browse other questions tagged discussion questions reputation upvotes .

91
What was the context of the decision to lower the value of upvotes to a question?

7
Unban recalculation of reputation
57
New blog article: opening the can of worms?
91
What was the context of the decision to lower the value of upvotes to a question?
22
Why is (was?) askers rewarding applied retroactively?
13
Reputation decreased after recalculation