I recently was trying to help the community by editing. One of my edits was rejected. When I looked back, I noticed two people had rejected the question. However, both people wrote the exact same reason for rejecting the edit.

The edit was a valid one. I cleared up some things by adding commas and the like. I also fixed minor spelling and grammar errors.

Both users rejected more edits than they accepted, with one having rejected about 15 times the amount of edits as they had accepted.

The reason they posted was “The edit does not make the post even a little bit easier to read, easier to find, more accurate, or more accessible. Changes are either completely superfluous or actively harm readability.”

I personally think this is ridiculous, but that isn’t the reason I’m asking the question.

Why did both people reject a seemingly valid edit for the exact same reason? 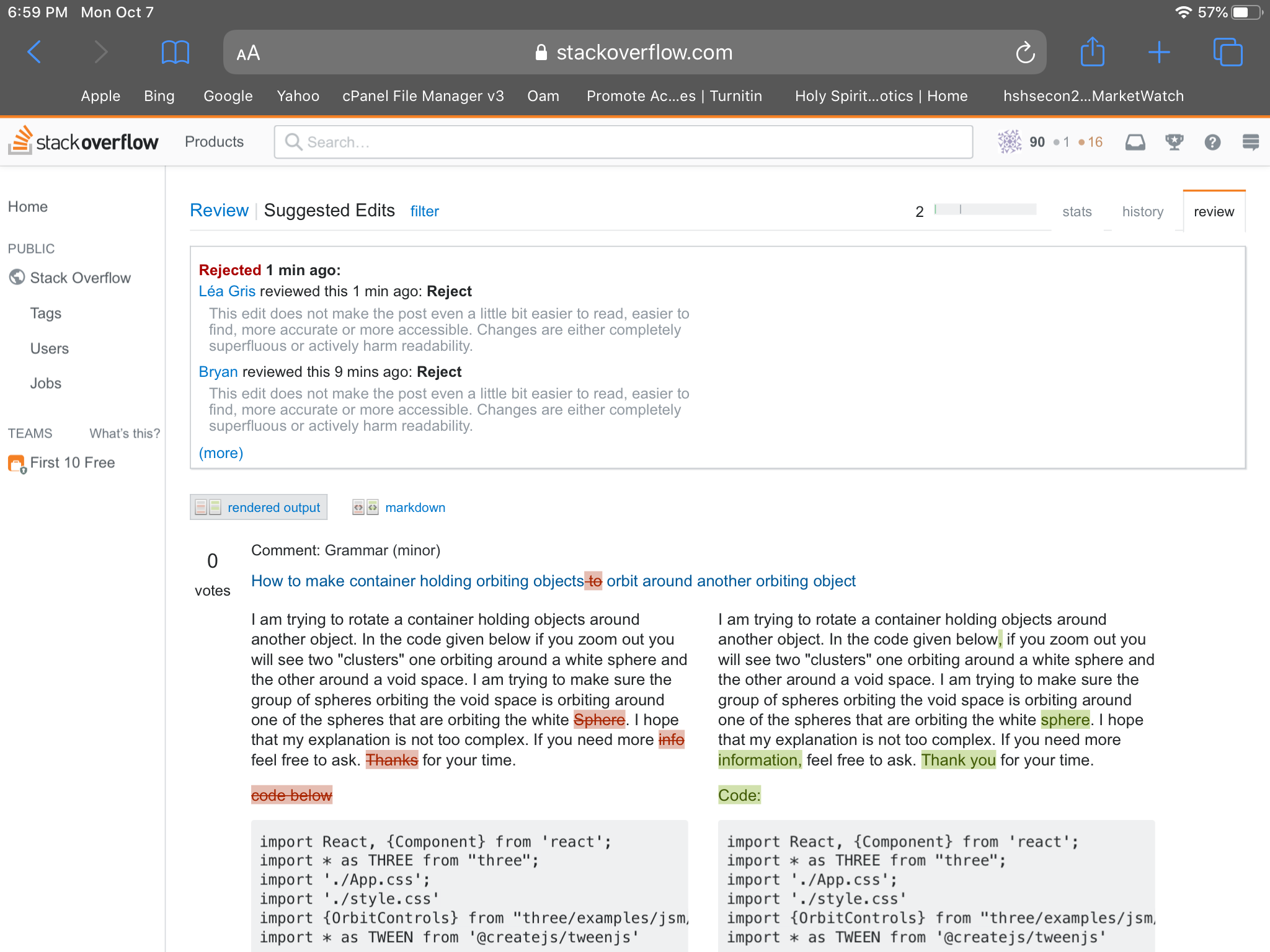 Thank you for your assistance.

There are several predefined rejection reasons: 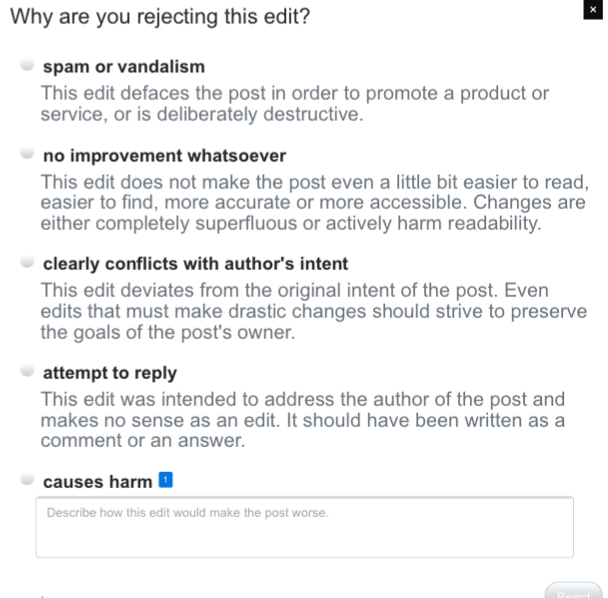 Also, the blue “1” shows up next to the previous reviewer’s rejection reason, if there was one.

The particular reason chosen for your edit just translates to “the edit was too minor”. Some of what you changed didn’t make the post more correct, such as info -> information. You also didn’t remove “thanks for your time” which is fluff and unnecessary (instead you changed the wording slightly).

Personally, I would have used "Reject and Edit" in order to correct the problems in the question.

Certainly, in any case, I would have rejected these edits. Any edits that

should not be approved.

The reason for the same rejection text is, as pointed out in comments, "boiler-plate". Reviewers only write their own rejection reasons if "Causes harm" is used.

2
Edit rejected, but near identical edit approved - simple anomaly?
4
Why was my edit rejected by community with same edit
3
Feedback on rejected edit with disparate reasons
10
Why was this grammar edit rejected?
10
I believe my suggested edit was wrongly rejected