Ever since sometime in the past week, I noticed that dragging the Chrome vertical scrollbar in "large" posts was very jerky and not silky smooth.

This issue only affects "large" Stack Overflow posts - smaller posts have smooth scrolling with no abnormalities.

I fired up Chrome's Developer Tools and did a performance profiler run as I dragged the scrollbar up and down for a few seconds: 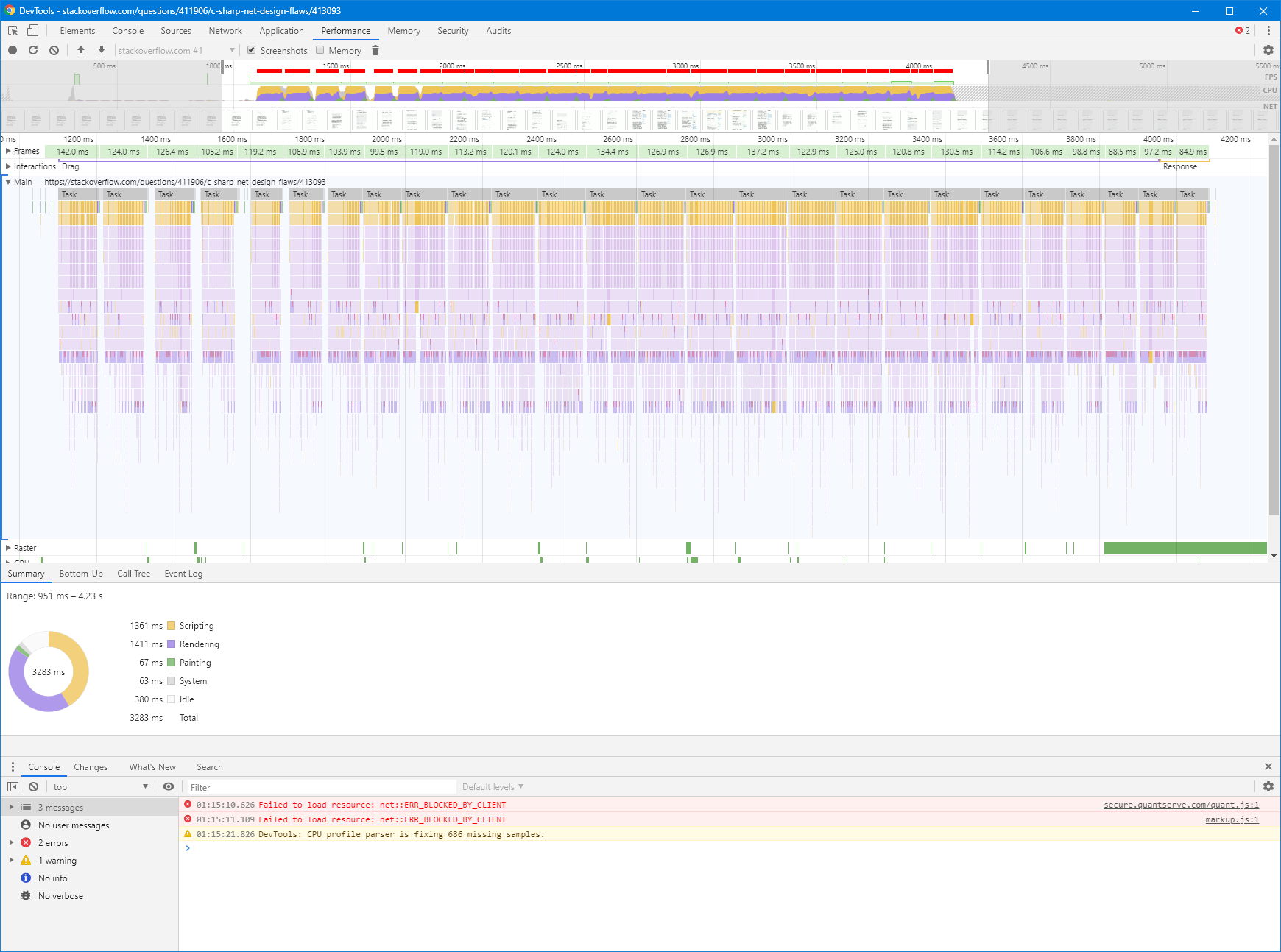 Observe the red lines at the top (the red indicates layout events, which are bad - and should not happen during scrolling). Zooming in we can see that Chrome is complaining about a Forced Reflow: 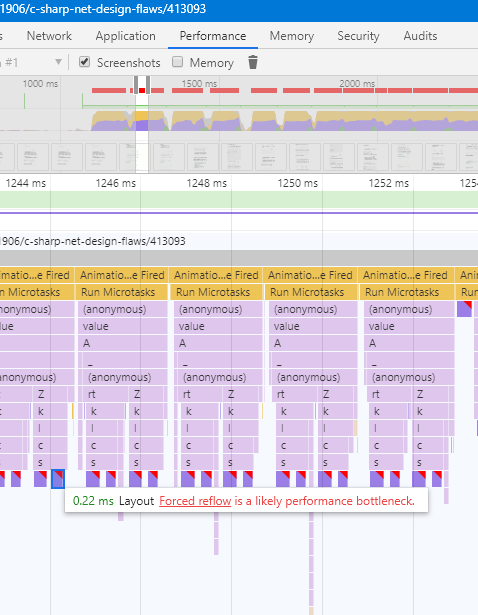 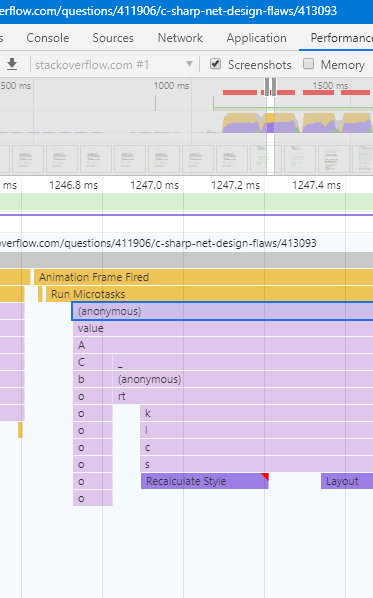 ...shows that some code is running a JavaScript animation (using requestAnimationFrame) which causes a DOM reflow - though I don't know why it happens during scrolling: 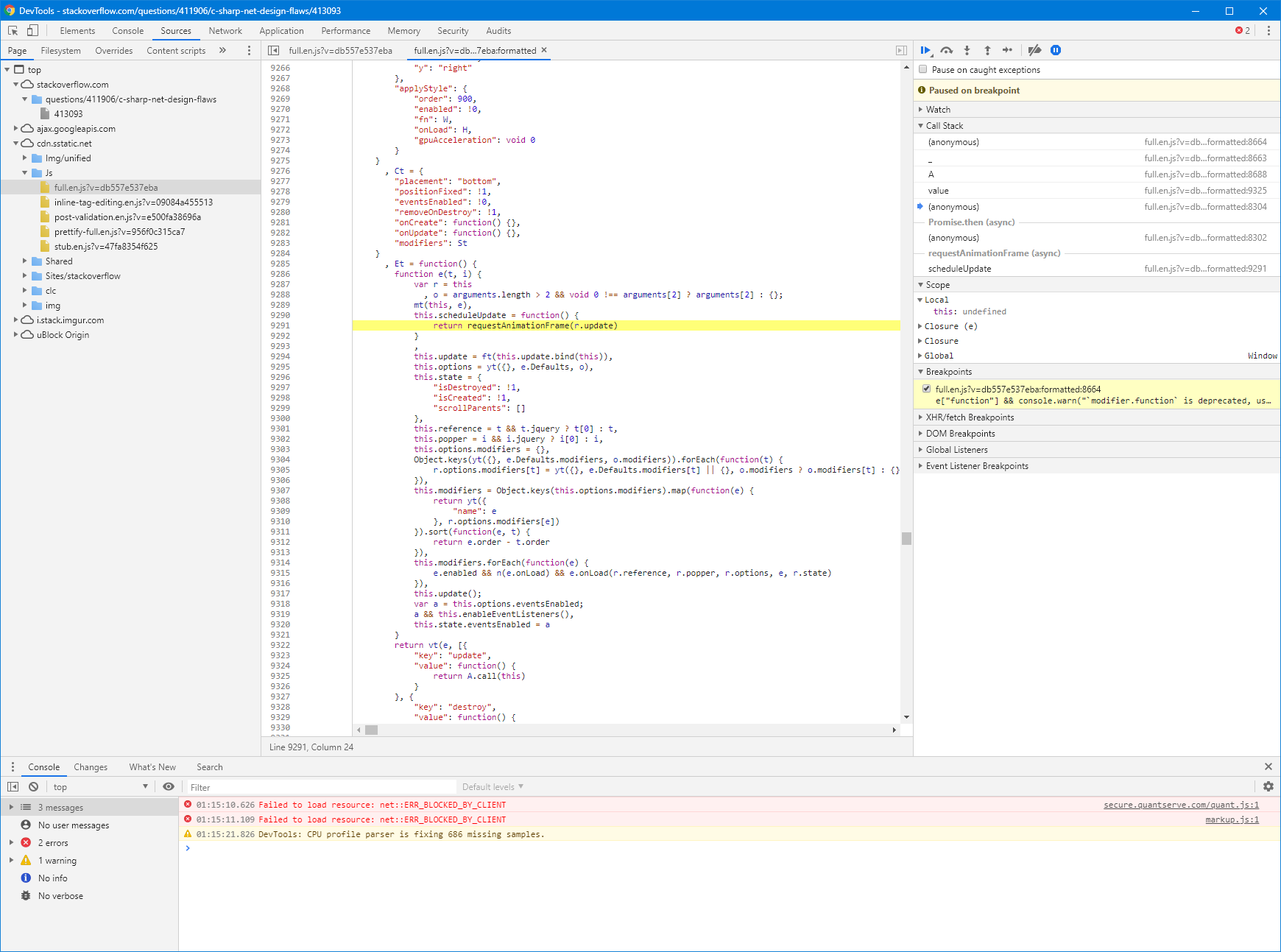 For comparison, I opened a shorter/smaller Q&A posting (Use group by and having count in update statement) and did the same test, and the profiler reported the same animation code was running - but no DOM reflow was being triggered (observe the lack of red markers): 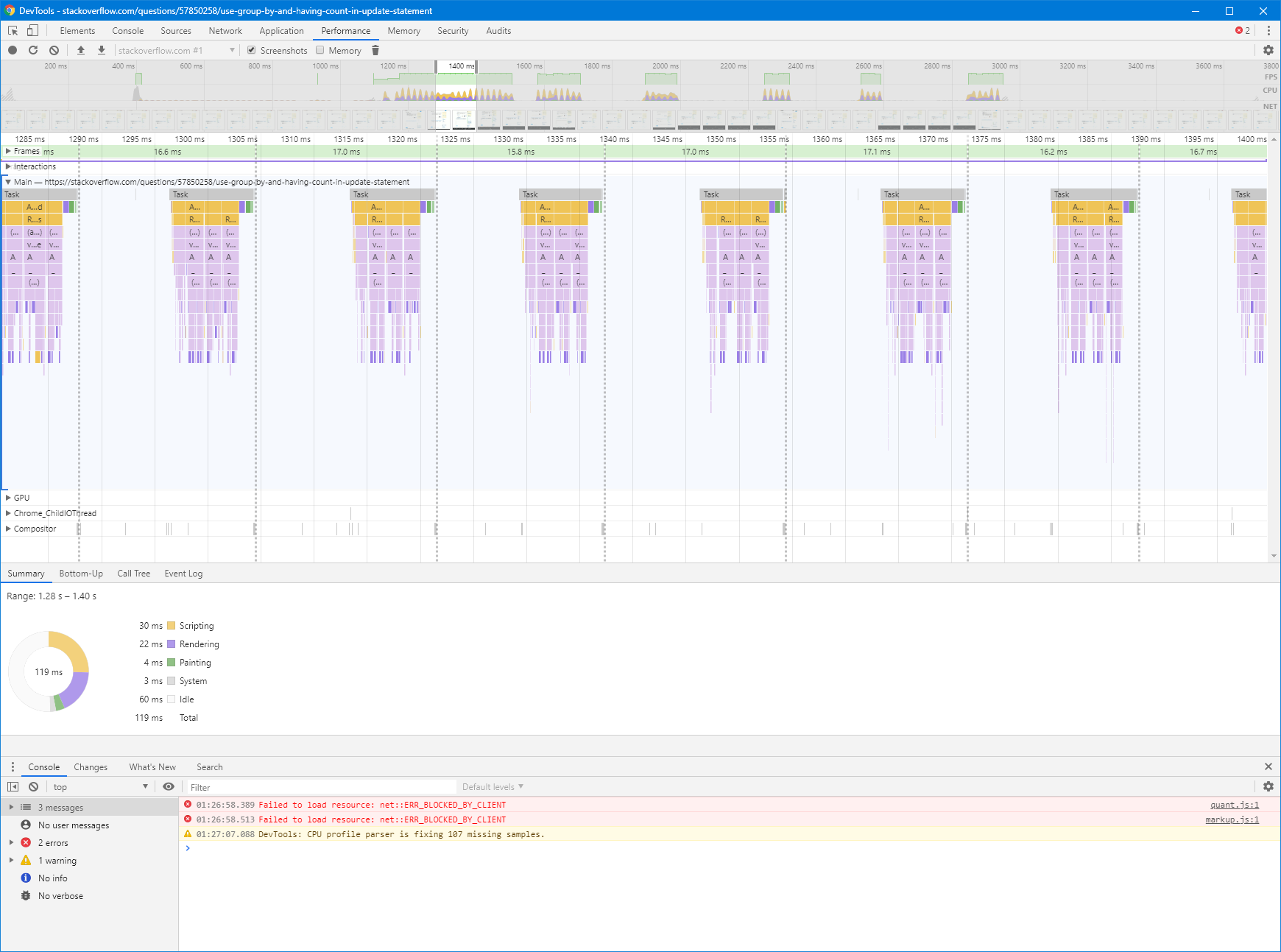 This is fixed as of late last week - thanks for the report!

Click "share" below one of the answers on that page. You'll see the little pop-up that lets you copy the URL.

Now scroll the page until the pop-up would start to go out of view... It flips around to stay visible as long as the share link itself is in view!

Nifty, eh? And that's why it triggers some updates on scroll...

...but it really didn't need to be doing that for every hidden pop-up on every post on the page. Or, any hidden pop-ups. That just made things slow.

So Aaron and the Stacks team altered the logic here to only handle these events for visible pop-ups. And scrolling should once again be smooth.

Not the answer you're looking for? Browse other questions tagged bug status-completed user-experience performance .

8
SO question with many answers and comments is lagging

7
Jitter with notification on Job Search