Review a declined flag for plagiarism based on additional information

I had flagged this SO answer, posted on December 27, 2012, as "in need of moderator intervention" for plagiarism:

This answer is plagiarism. The poster's answer is copied with minor changes and without attribution from https://javarevisited.blogspot.com/2012/03/why-character-array-is-better-than.html

This is the blog entry that I believe was plagiarized: 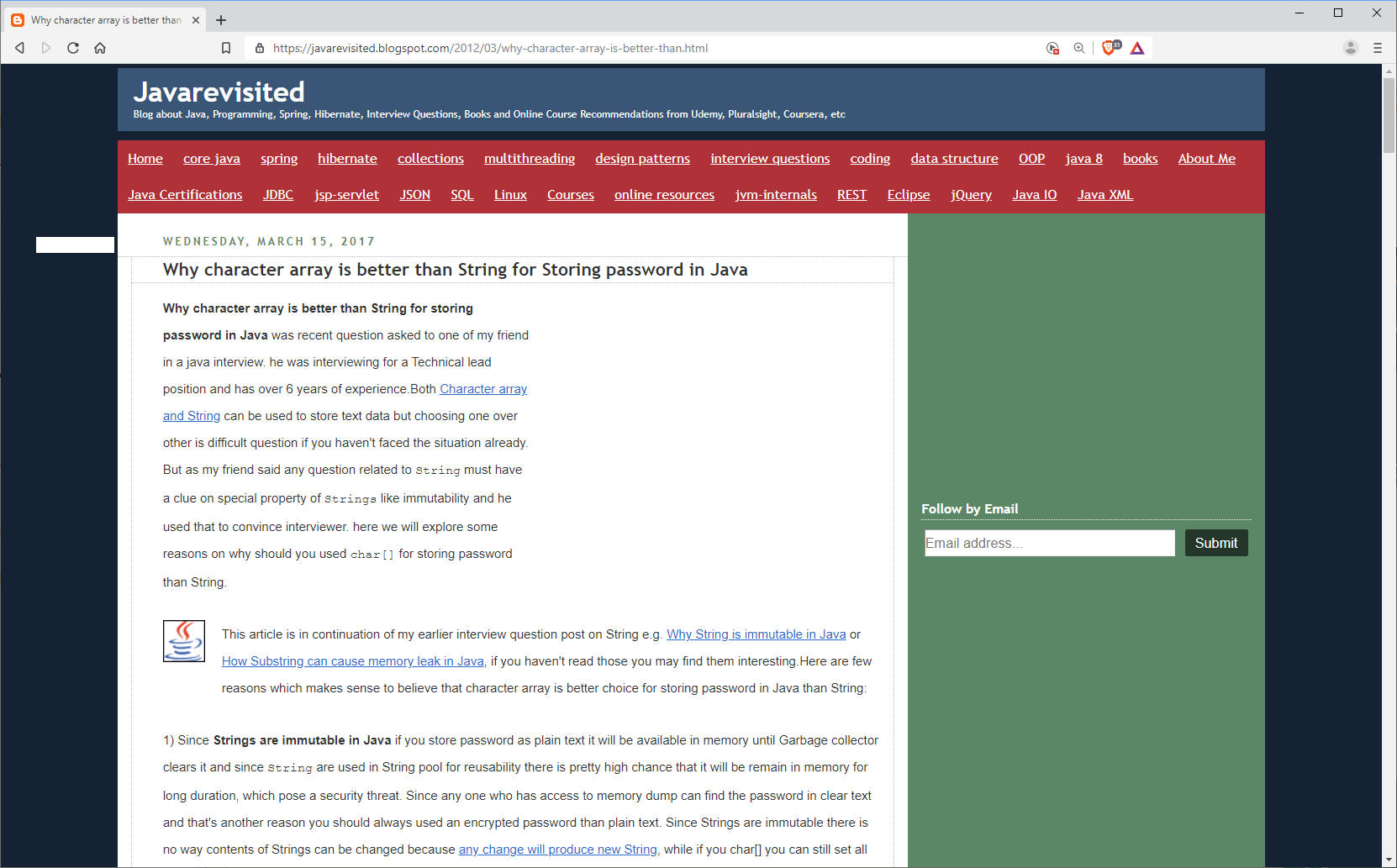 My flag was declined because it was claimed that the SO answer preceded the blog on the external web site. However, I still believe the SO answer was plagiarized. I had flagged it because:

Unfortunately I had not noticed something spotted by the SO reviewer: the date of the blog entry was "WEDNESDAY, MARCH 15, 2017" (as shown in the screen shot above), and that was why my flag was declined:

It's the other way around. The blogspot post was explicitly copied from SO and is dated more than 4 years after this answer.

However, for that to be true 21 of the comments for the blog had to have been posted before the blog itself, which makes no sense. Those comment timestamps strongly suggest that only the date of the blog article had been updated, and checking an archive of the Wayback Machine shows this to be the case: 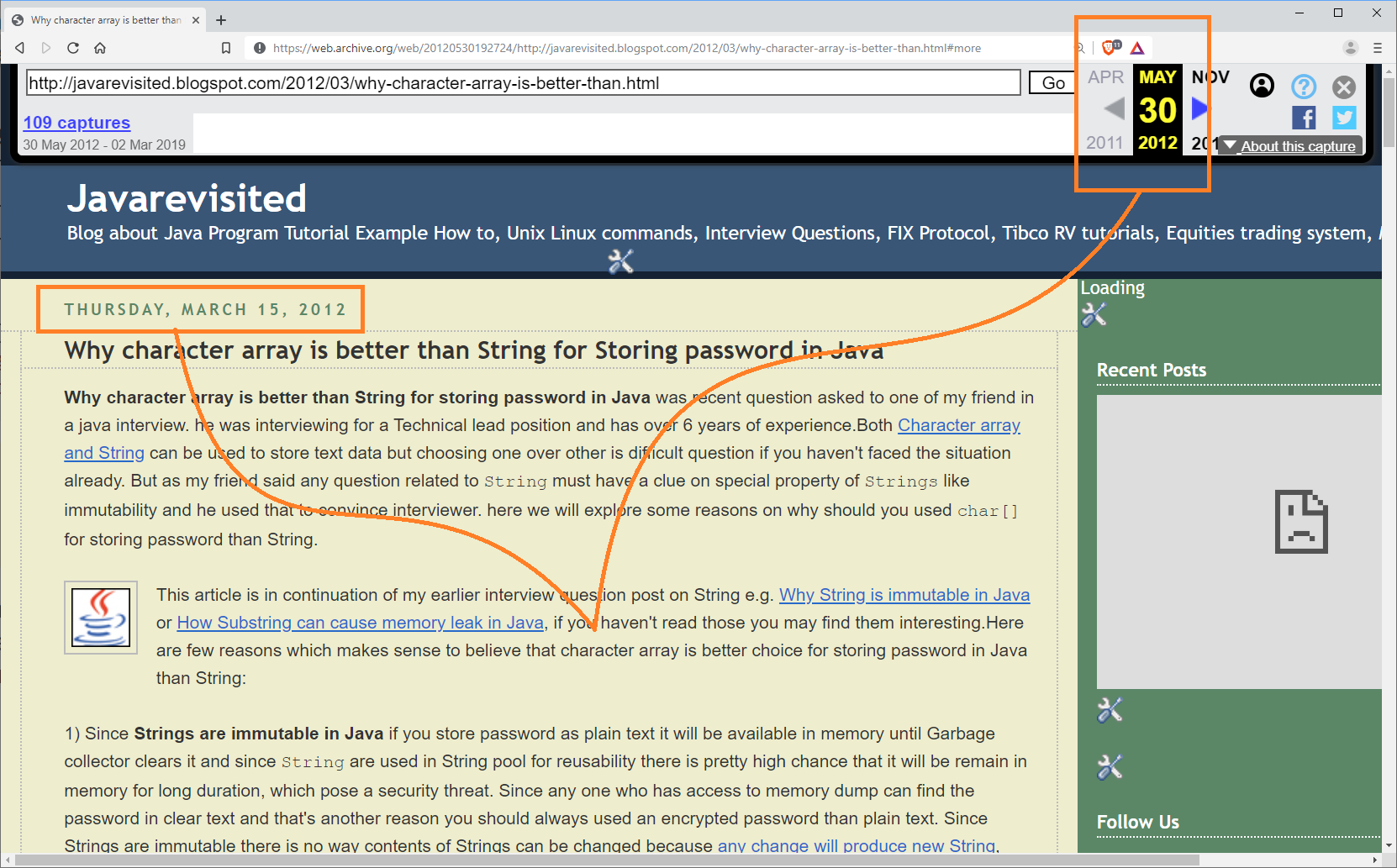 I am guessing that the web site bumped the date on the article (by exactly five years) to make it still appear relevant. Regardless, the blog definitely existed over nine months prior to the SO answer which provided no attribution.

Given the information from the Wayback Machine archive, the SO answer was clearly plagiarized, so could a moderator please revisit this issue? I would just let the issue die except that this case is particularly galling because:

Well, crud. I handled that flag. In light of your very thorough explanation and a second look on my part, I clearly got that one wrong. I saw the date on the page and assumed this was the typical situation—people stealing content from SO—rather than plagiarism on SO, which, thankfully, is less common. Assumptions are bad, and I missed the clues in the URL and comments. My apologies.

Thanks for flagging this and being so thorough in your explanation here. Again, I’m sorry I declined your flag incorrectly.

33
How should I flag a literal plagiarism of a question?
52
Declined Flag on a clear NAA
32
What are the practical limits for evaluating an answer for plagiarism when reviewing?
80
Possible old plagiarism detected?
5
Flag for possible plagiarism of own answer declined due to conflict of interest