What can I do about very low quality answers? 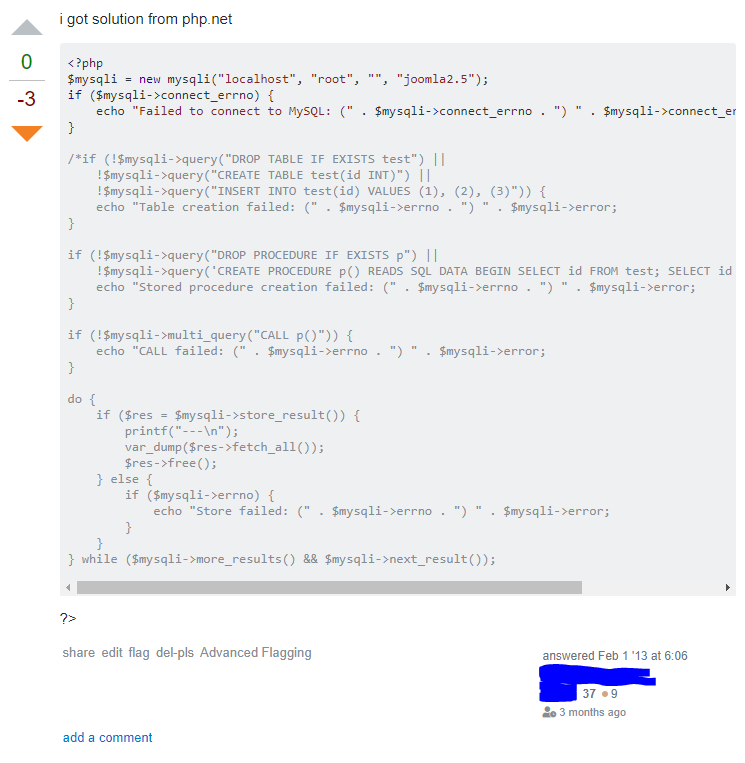 I have encountered answers like this multiple times. An answer posted three years later to a question which already has an accepted or highly-upvoted answer. Sometimes it is code-only, and sometimes there is some explanation attached. It does not qualify to be flagged as NAA, but it also doesn't have any value for others. It either contains multiple errors, uses deprecated extensions (e.g. mysql_* functions in PHP), or is simply suggesting a solution much worse than the existing ones. I can only downvote to show my disapproval, but if it is an old post one vote is unlikely to change anything.

I have no option to vote for deletion, I can't edit it to make it better, and none of the flags apply. The only option left is to flag for moderator's attention, but I believe such issues should not be handled by moderators. I remember that in past there was an option to flag as VLQ, but even then I wasn't sure if it would apply to situations like this. 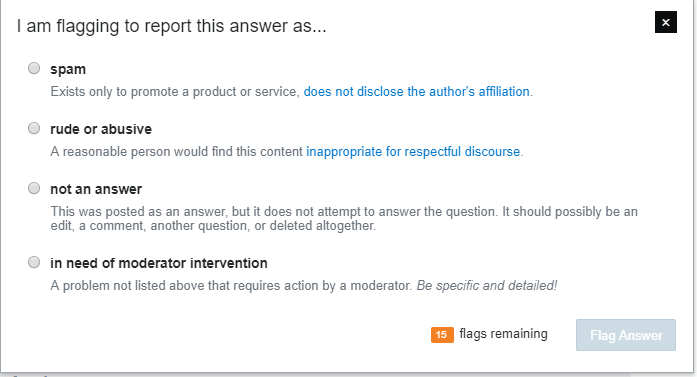 P.S.: The only valuable answer in that post is the accepted answer IMHO.

74
Flag 'Try This: {code}' Answers as “Very Low Quality”?
85
What comment should I add to code-only answers?