I have answer a Question which was asked by this user.

There was a small mistake done by him in making a request. So I have suggested the right way to make a request and the answer which he was looking for has been solved.

After changing this he had a new issue with CORS Policy which doesn't relate with Original Context when the question has been asked. Although I successfully give a solution for it and issue for CORS has been solved. So I polity told him to accept and upvote the answer if it was helpful to him.

After that, he has asked the new issue in the same question so I suggest him to ask a new question and provided a hint of how he can solve the latest issue. As asking and updating question for multiple issues in the same question (here 3 different issues) change the context of original Issue/Post and SO community also suggest that to avoid asking multiple questions.

After that, I left the discussion, he has deleted the question which has an answer (which could solve an issue for future people who are looking for the same issue) which might deserve to be accepted-/upvoted. I have spent my time to solves someone's issue which doesn't receive a proper response from OP and it was quite discouraging for me to answer the question. Does deleting the question after getting a solution is right? How can I handle such a situation or I have done something wrong?

OP has also deleted another question we have asked for the last issue. As I know the question there was not a typo or can be flagged as low quality. So anyone who has made an effort to answer the question is in vain New Deleted Question

Now I will take care of Whom to answer, but I found that SO has answered to 71% questions till now. So the remaining 29% are answered. If we consider 10% is a complex issue (or OP can share all details according to company policy). Then the remaining 19% is a low-quality question (might be removed) which we haven't answer them. Currently, I don't have any analytic tools, maybe I am making a wrong assumption. 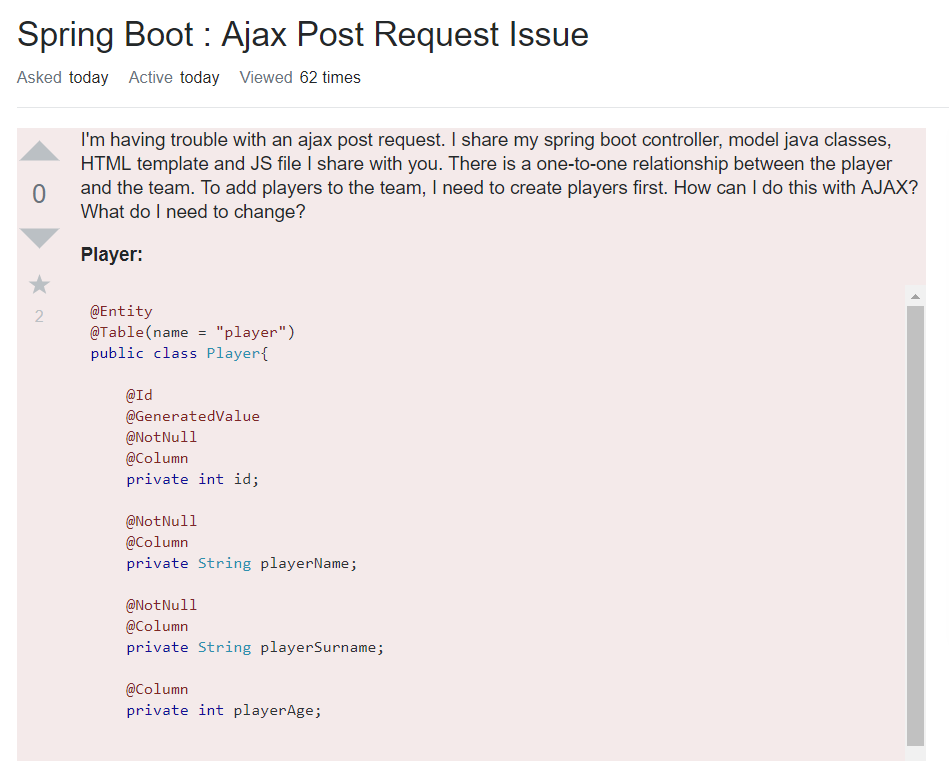 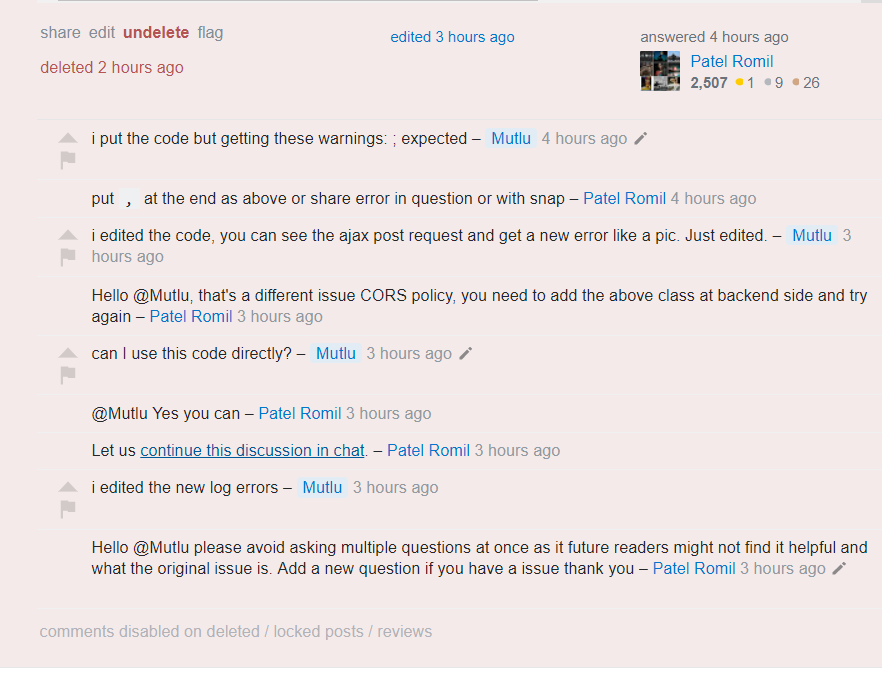 3rd Issue in the same Question 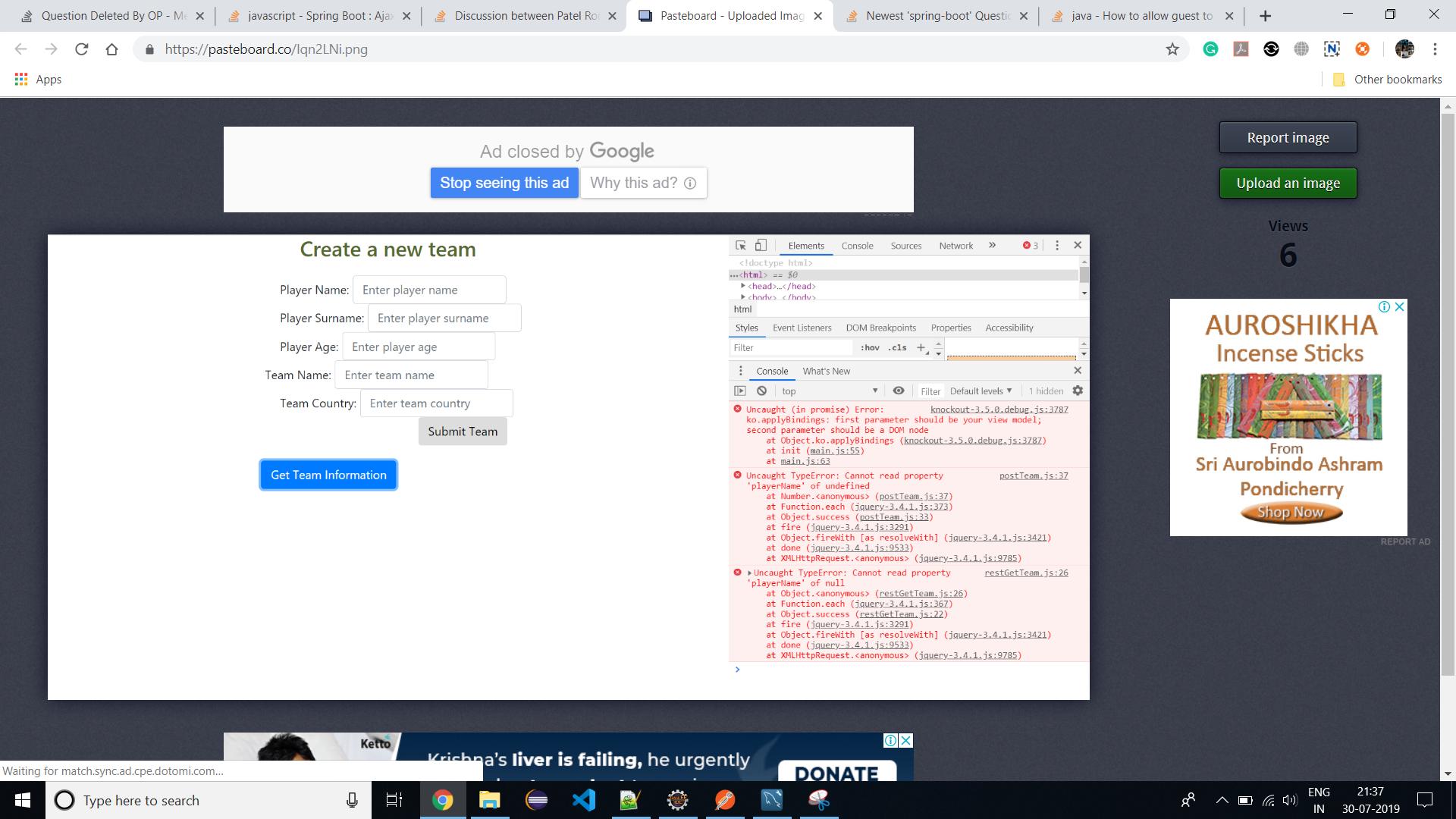 Provided a hint to solve the latest issue

How is this going to be a useful question to others? The problem is just a simple typo in a URL, and yet the question contains several hundreds of lines of irrelevant code, and the question just states that what the code is and says it's not working, without even any description of what about it isn't working.

There is no value here for why the question should be kept around. Frankly it's worth deleting by us even if the author didn't do us the favor of deleting it themselves.

Not the answer you're looking for? Browse other questions tagged discussion answers deleted-questions .

30
Giving credit to a user that is no longer involved with the question
1
Question answered but a new issue appeared
21
Why was this question deleted without notice?
4
What should I do if I asked the wrong question, and an answer made me realize that?
9
I have new information about the same question, which changes the answer. Do I ask a new question or combine them?
17
How to behave when OP claims that someone misunderstood his question, but in fact the answer is right to the point?
16
What would be the limits for further explanations to an answered question?