What is going on with the new user experience? [duplicate]

I want to write about the new user experience for Stack Overflow. I know this has been done a lot, but I'm seriously concerned right now. It's pretty terrible.

If a new programmer has just heard of the magic of Stack Overflow and looks it up, this is what they see: 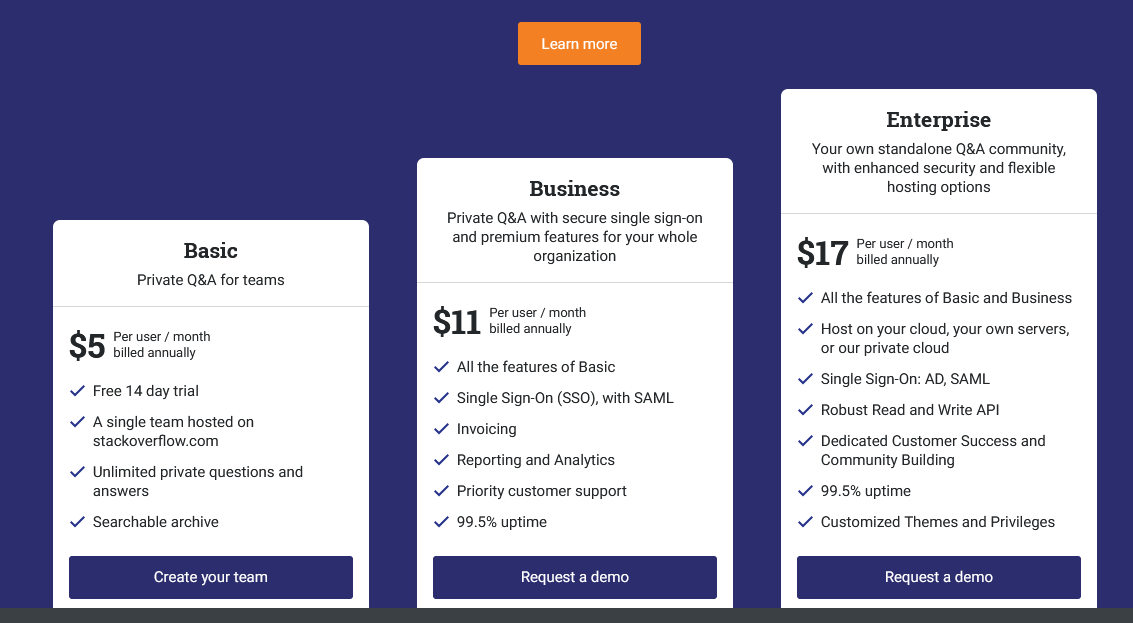 Just open up Stack Overflow in incognito mode and scroll down a little. This paints SO as a commercial service, which, of course, it is not. And to be entirely fair, SO says in the first paragraphs of the website:

Stack Overflow is an open community

Where open community is a link to the actual questions page. This is much better than it was before, in the spirit of fairness. But it still does not excuse how horribly misleading the web site is. On the site, the fastest way to access the questions page is the link in that paragraph. But it isn't at first obvious that it is a link as it is orange. It doesn't even have an underline appear when mousing over it. The point of the homepage is to sell the visitor on SO teams. Just spend more than 20 seconds on that webpage and you'll see exactly what I mean.

So that turns away, oh, ballpark estimate, 60-80% of all SO users. Seeing a pricing structure immediately with no free option is the first and last red flag to (probably) most users. It would be to me. Jump that hoop and look where you are. Probably a question like this: My footer doesn't stay where it should be

Here are the highlights: Downvoted to -1 -2 -3, an at least kindly phrased but slightly down-beating comment and awkward formatting.

This is clearly not the intended user experience. No user on this platform should feel that they are being punished for asking a question. And the response is a punishment; just objectively, reputation has evolved from a number into how respect-worthy you are on the site. It dictates what you can and can't do. So with every downvote subtracting from that number, it is a punishment.

To me, this seems like a UI flaw. If the intended user experience isn't met, something needs to be done. I'll start from the bottom for the list of flaws. First and foremost, awkward formatting. Instead of obtuse icons in the top of the screen, make an expandable menu, maybe something like this:

This is obviously very rough. I'm (a) not a web designer or UX researcher, and (b) not spending too much time on this because I don't want to make icons and text for every button. The existing question mark in the top right is nice, but 90% of people probably don't notice it exists.

The next issue was the (albeit kind) comment. In the post I'm picking on, my previous suggestion would probably remove the need for the "please post HTML comment", as the more detailed menu should have an "HTML/CSS/JS" option separate from code and clearly marked. This particular comment is very kind. The poster said "welcome to stack overflow!" and held nothing against the new user.

Unfortunately, that's not what some to most comments look like. My suggestion here (and it isn't an airtight solution) is to make a secondary flagging system where the OP gets a notification saying something like that comment:

"Welcome to Stack Overflow! The community noticed that you didn't put enough code to track to down the problem. You can read this article, and then edit your question".

A user sees the question, realizes there isn't enough code, and uses this secondary flag system to not submit a close vote but alert the OP.

The final and probably toughest issue is downvotes. It's really discouraging to see -3 votes on your question, and honestly something I think we should try to avoid. The first question will always be a learning experience, and we should help and not harm that. The simple solution is to not allow downvotes on a first question. They can't affect a reputation of 1 (as far as I know), so they really don't have a point. If combined with the secondary flagging system, the OP should be able to improve the post and join SO.

To me, Stack Overflow is about learning and improvement. I want that to show up everywhere else for everyone else. These are my suggestions to propagate that theme throughout the community and build a better experience. I was scrolling through the announcement about "hot on meta" being removed, and remembered that either an answer or a post by a user said "I'm really losing faith in SO", which I totally get. It feels like a product and not a community. That's harming everyone.

What's going on? Why does this experience just, frankly, suck?

Definitely tell me if anything I've said has been unclear. I'll edit to clarify if necessary.

661
New home page makes it seem like SO doesn't allow free use any more
-35
Why do we allow downvotes on first posts?
-809
We’re removing “Hot Meta Posts” from Stack Overflow's sidebar for now; moderators now control the [featured] tag

49
What exactly is the term “new-user” referring to?
140
Data science time! February 2019 and opinion with experience