feature-requests are being looked at!

Lately, there has been a lot of negativity on Meta about feature-requests being left hanging for months or even years without any official reply.

I noticed something very promising, the last few days, that I wanted to bring to attention: 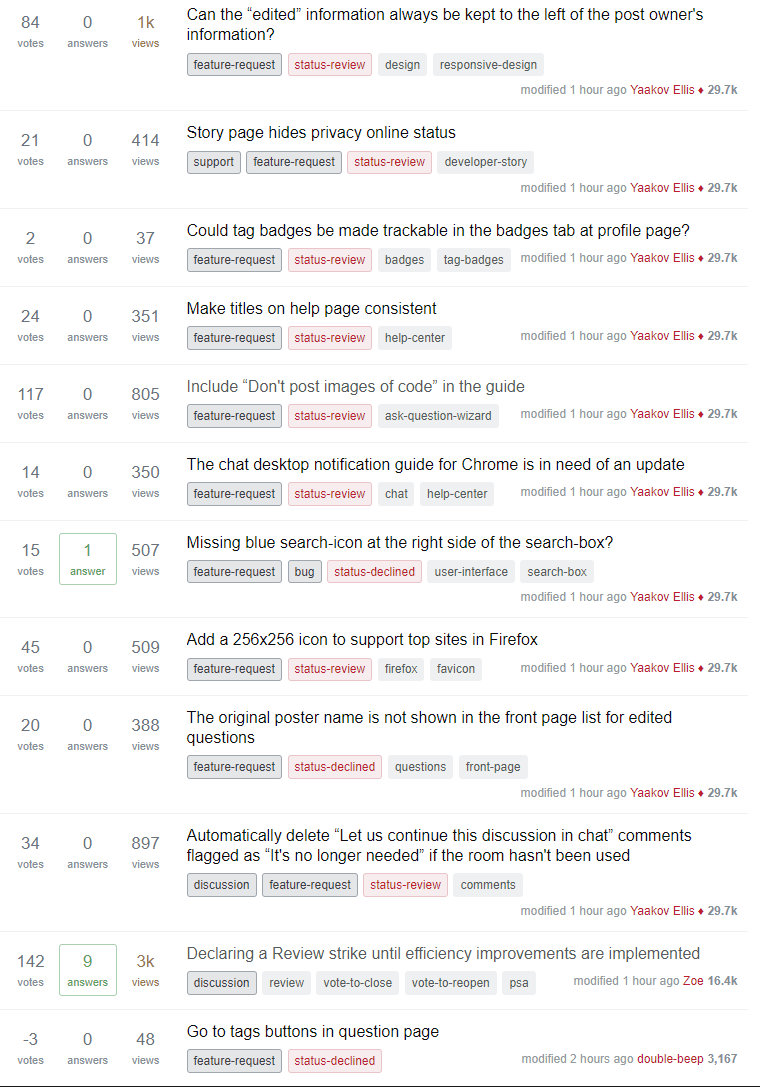 A lot of feature requests seem to be getting looked at, reviewed and unless declined, probably pushed through to SE's internal backlog.

This may be related to what Tim Post♦ said in this answer:

I think, in 2019, we're going to have to bite the bullet and replace at least bug tracking and feature requests with something else, or have something else behind the pipeline consuming meta and making sure it gets put somewhere else in ordered form so we can work from it. I don't know what that's going to look like, I just know what we've got isn't working, and breaks even more embarrassingly by the week.

After all our ranting about these feature requests, I feel it deserves mentioning:

Thanks for picking up the slack, SE!

(I realize this isn't really a question, but I think this shouldn't go unnoticed.)

Like I said, we (the Community Dev team) are working on lot's of things here. Some initiatives were alluded to by Sara in her blog post. Others (which will hopefully be covered in a future blog post) will relate more to experienced users, curators and mods.

One area where we need to up our game is our process and follow-through when it comes to publicly submitted bugs and feature requests. For the time being we are still using meta for public bug submission and feature requests. My efforts highlighted above are just one instance of publicly visible efforts in this regard (there are more behind the scenes as well, by many other members of the team).

Thanks for the feedback, and I hope that we are able to continue to (re)earn your collective trust in this area.

1034
Why is there no dark theme on SO?
186
Declaring a Review strike until efficiency improvements are implemented
-19
Stack Overflow vs. Stack Overflow - What can we as a community do to improve the relationship with the company that backs us?
41
The top bar no longer displays the moderator flag queue after the new "Products" menu
266
What's up with the breakdown in communication between Stack Overflow and the community?
-4
Feature requests should not be left abandoned/ignored
-897
We’re removing “Hot Meta Posts” from Stack Overflow's sidebar for now; moderators now control the [featured] tag