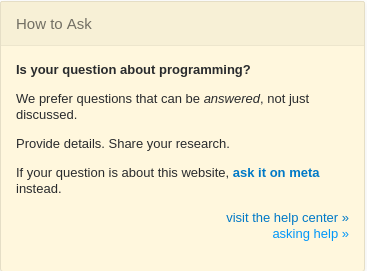 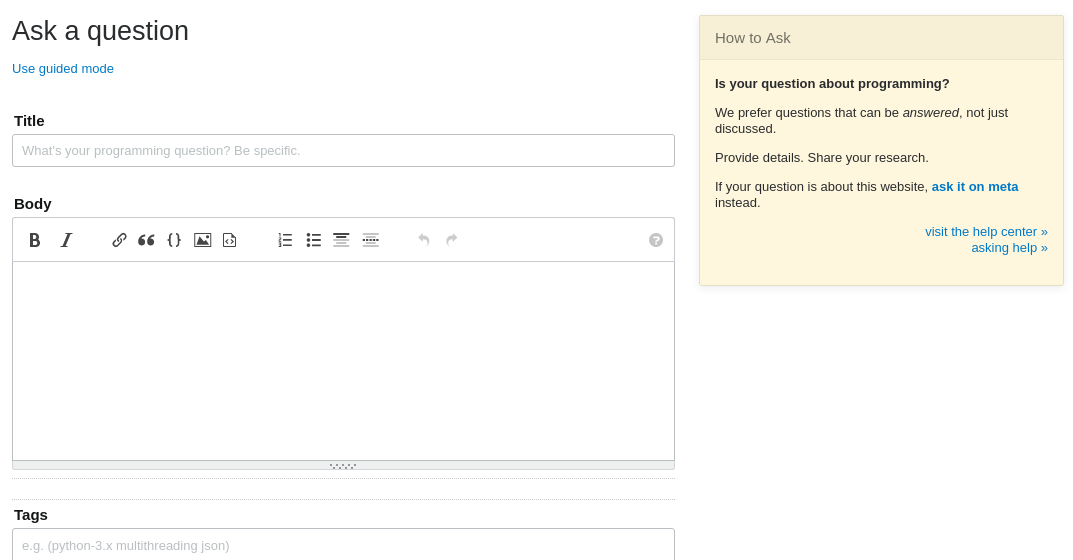 11
Asking questions privilege should be severely limited for new users
20
Require new users to post all of the needed parts of a question separately
9
Confusion on what types of questions belong on stack overflow
7
A staging area for telling new users how they can make their questions better
95
Let's send new users off to see the Wizard
51
The advice shown to all new users asking questions should be useful
10
Is there any language-specific effort to better help new contributors asking questions?
450
Stack Overflow fails to promote well-researched, well-written, but difficult questions
122
How can I make sure the question I'm going to post is not going to be duplicate?