What is the etiquette on "calling out" individual users? 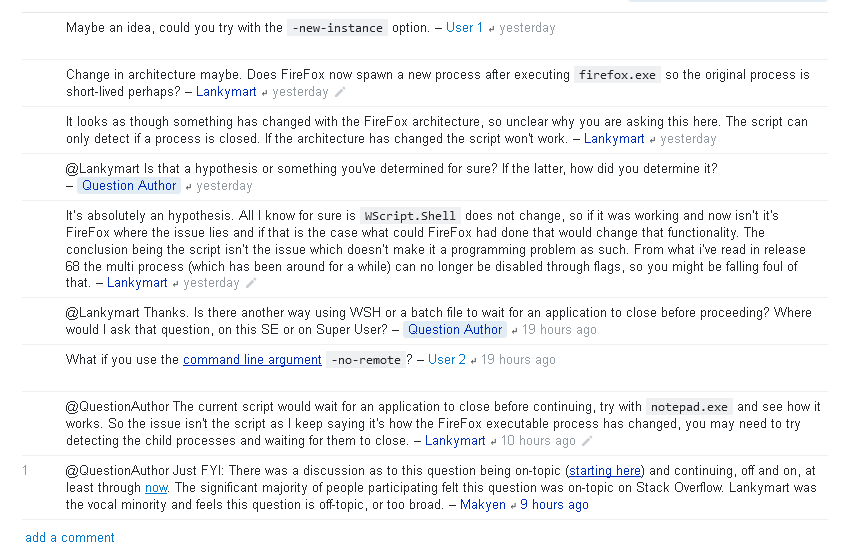 41
When, and when not to disclose names when discussing a users actions on meta

3
What to do when moderators don't care about rude users?
3
Using the moderator flag when other flags don't apply
9
Which reason does the system display for closed questions when users disagree?
36
Does the new "unfriendly" flag have negative consequences for flagged users?
28
Custom mod flag declined on user answering question that they voted to close as off-topic
11
Are comment flags handled on the version at the time of flagging or the current version?