Why was this question locked rather than deleted?

I recently encountered the following question: 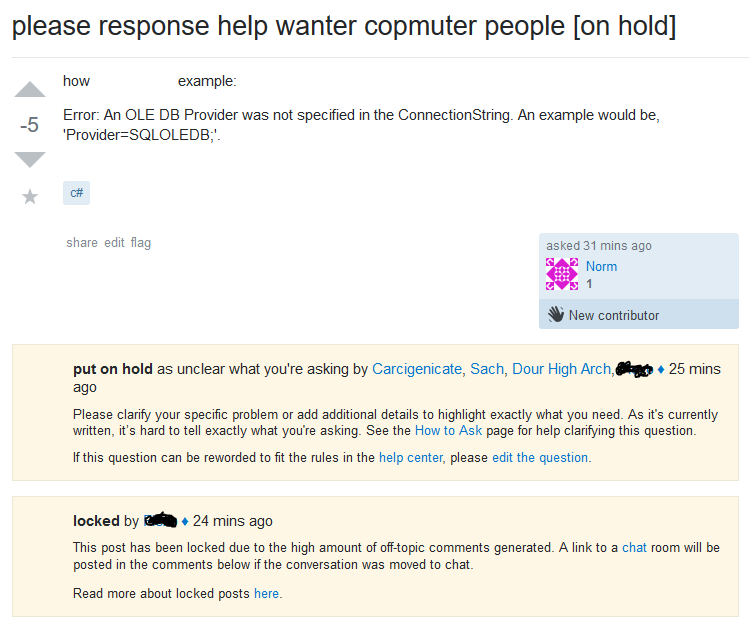 I can't see deleted comments, but I'm slightly confused by why this was locked. In its current state, the question makes little sense, so it makes perfect sense for it to be closed, but the OP can't even edit it to improve it.

Closing & temporary lock is pretty much the same as deleting (since roomba will delete the question after a while), except that it leaves the chance for the OP to edit the question into shape (Of course, given the title here, there was little hope for that)

Locking has been performed after a lot of comments were flagged and the discussion was becoming toxic.

Some moderators (including me) don't like to delete too quickly, as it can be seen as abusing power / censorship, and then the question link is lost. Leaving the question closed & locked (with all heated comments removed) isn't particularly harmful in that case, and everyone can see how bad it is (but not rude or abusive), before it is edited or deleted.

And when it's finally deleted, noone objects. In that case, 3 20k+ users deleted it after it was automatically unlocked.

That is exactly the reason.

Locked questions automatically are unlocked provided the moderator didn’t permanently lock the question. It was locked due to the activity in the comment section.

40
Popular helpful question/answer deleted rather than locked
27
Why my edit was rejected as 'trying to address author'?
2
Why is question deletion a lesser privilege than answer deletion?
14
Accidental unprotection (then reprotection) of a question
0
Why is this regex question locked?