Chrome is adding support for the highly requested Mac text substitution feature where in the OS automatically converts smart quotes in input and textarea fields like:

Another example is automatically substituting three periods into an ellipsis:

This makes it kind of hard to use Stack Overflow as it is no longer valid code.

For some reason this seems to only affect Stack Overflow. Other sites that have code editors like jsfiddle.net, codepen.io, jsbin.com, shadertoy.com, glslsandbox.com seem to be unaffected by this.

the three periods are immediately replaced by an ellipsis character

Supposedly pressing undo is supposed to undo the conversion from ellipsis back into three periods. That works on some sites, but not on Stack Overflow for some reason!

Also, adding the attribute autocorrect="off" is supposed to work as well, but that doesn't seem to work on Stack Overflow, at least when manually editing the HTML in the Chrome devtools.

Here's a bug report to the Chromium team, with a screen recording of this issue: Issue 978317: Auto 3 period to ellipsis conversion making it impossible to enter 3 periods on Stack Overflow

It would be good to figure out why Stack Overflow's editor is behaving differently than the other sites mentioned, and whether the Stack Overflow Markdown editor needs fixing or whether it is a Chrome issue - in which case we should request that it be fixed before Chrome 77 ships in a few weeks.

You can turn this feature off by unchecking edit->Substitutions->Smart Quotes etc... 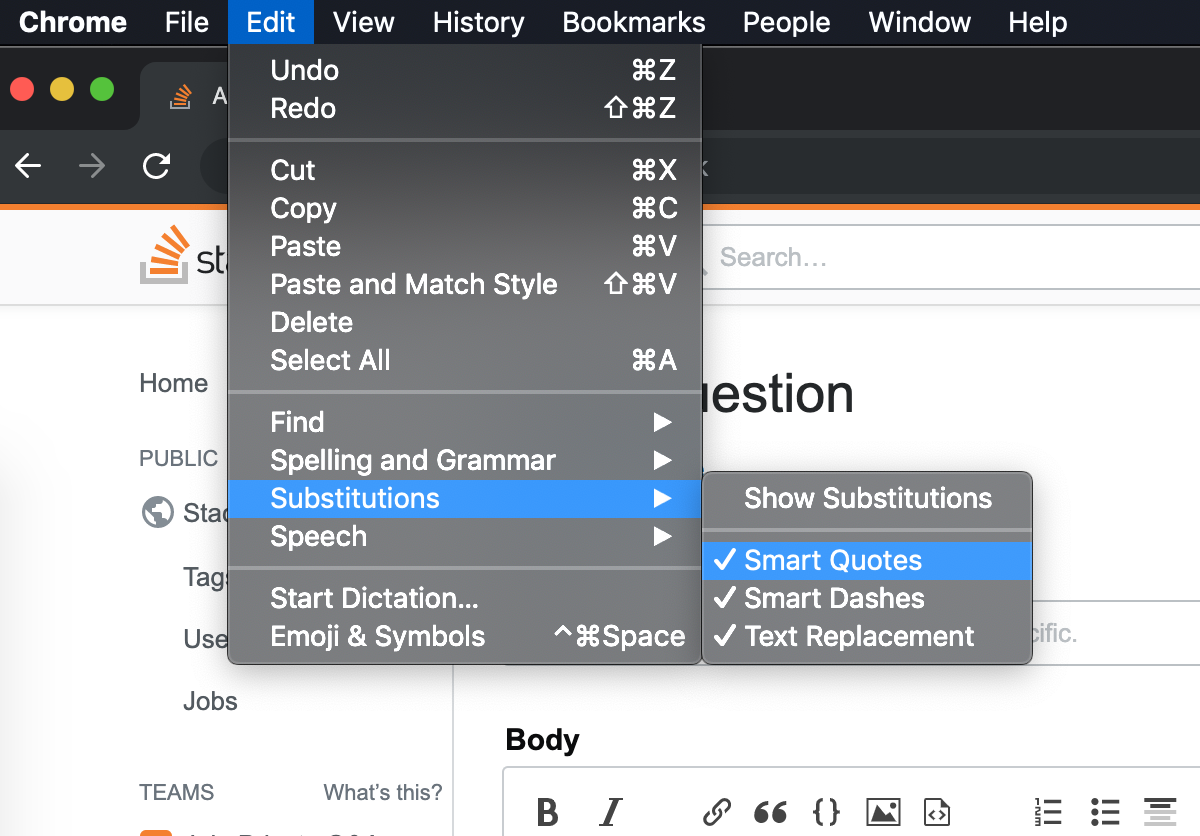 This appears to be the same as Safari except, at least for me, Safari defaults to having these features off 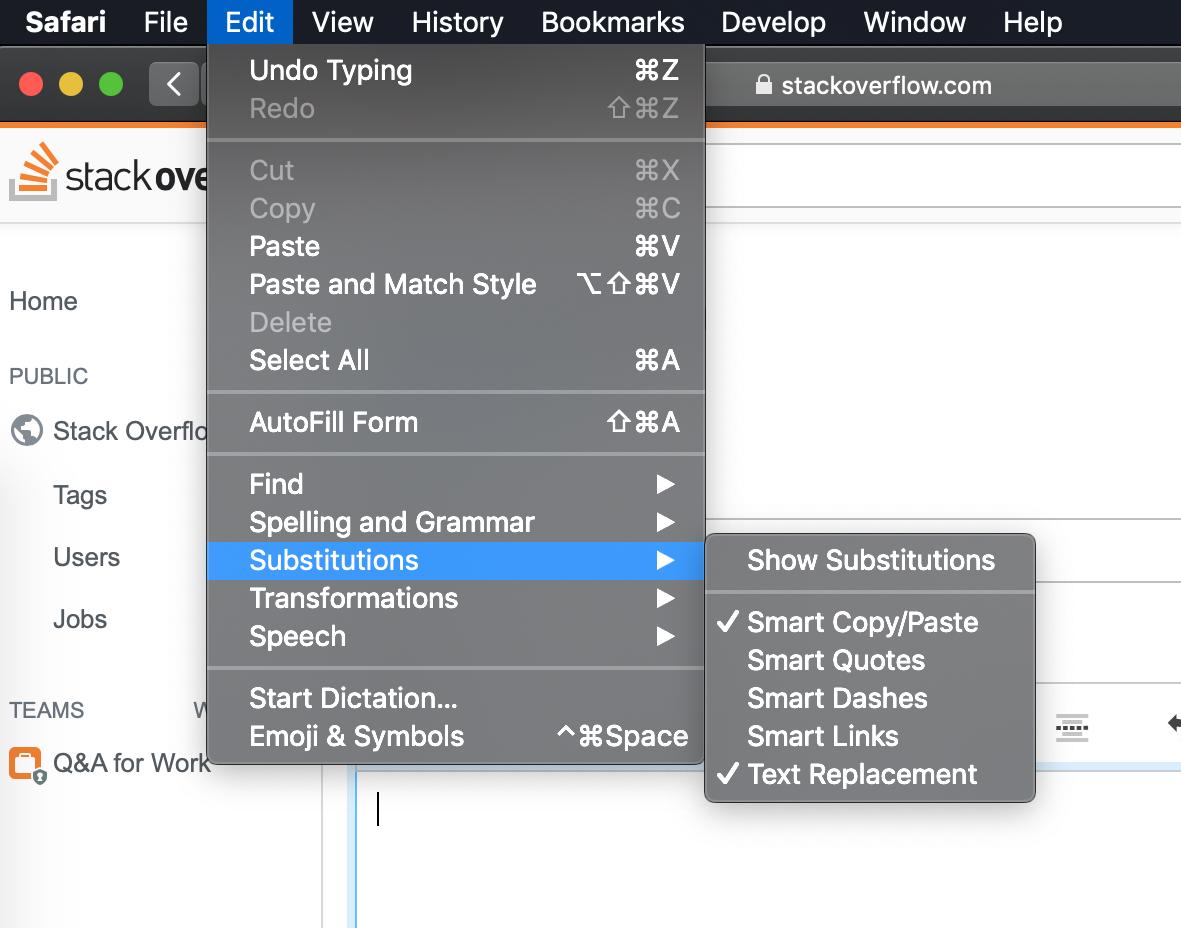 As for undo not changing the substitutions back that appears to be a long standing issue with S.O. implementing their own undo

StackOverflow should not turn off autocorrect on the text fields, even though this means more user annoyance. Losing the ability to use autocorrect would be more annoying than improper quotes, as any typo left in text really distracts the user reading it.

Not the answer you're looking for? Browse other questions tagged bug asking-questions editor google-chrome osx .