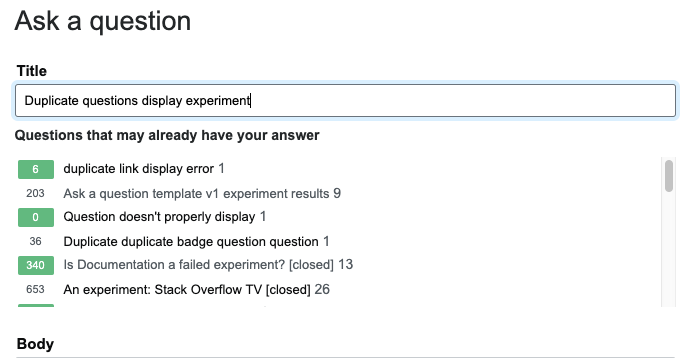 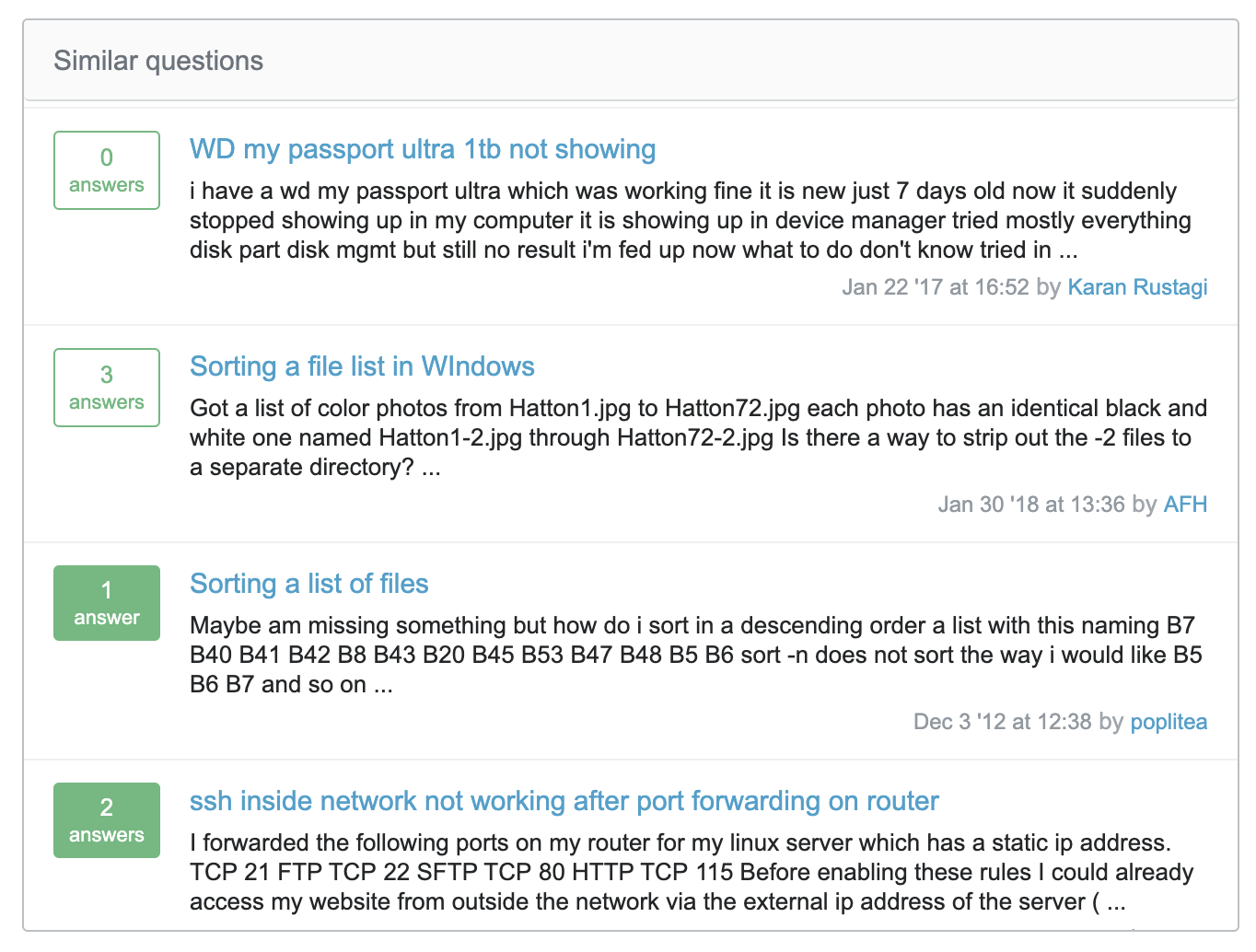 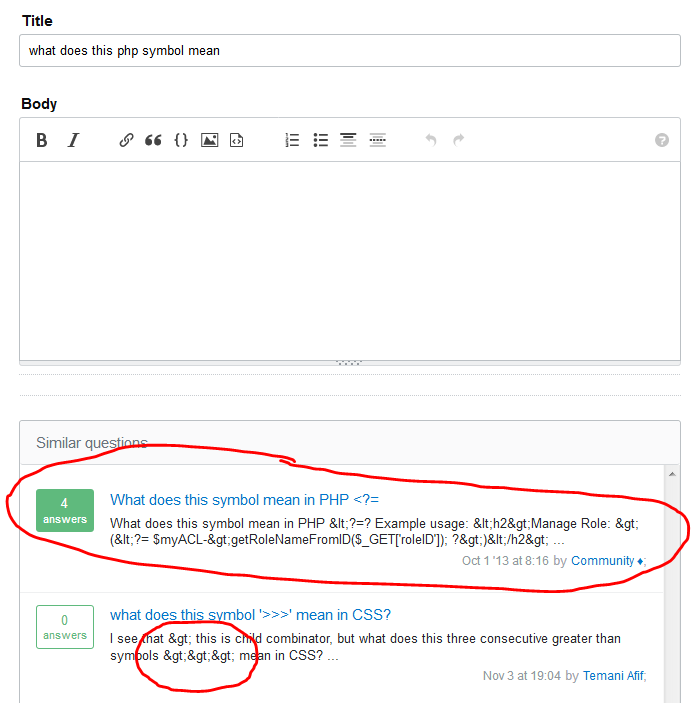 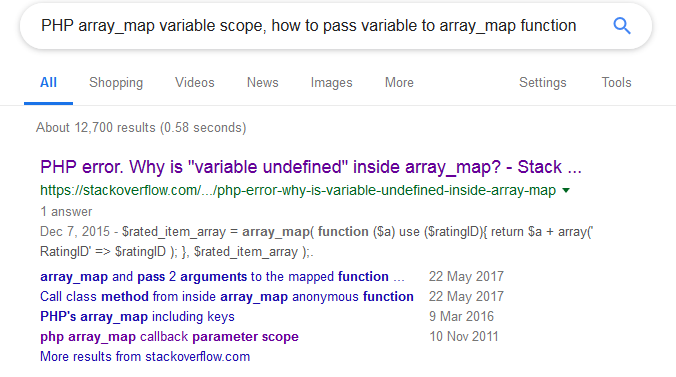 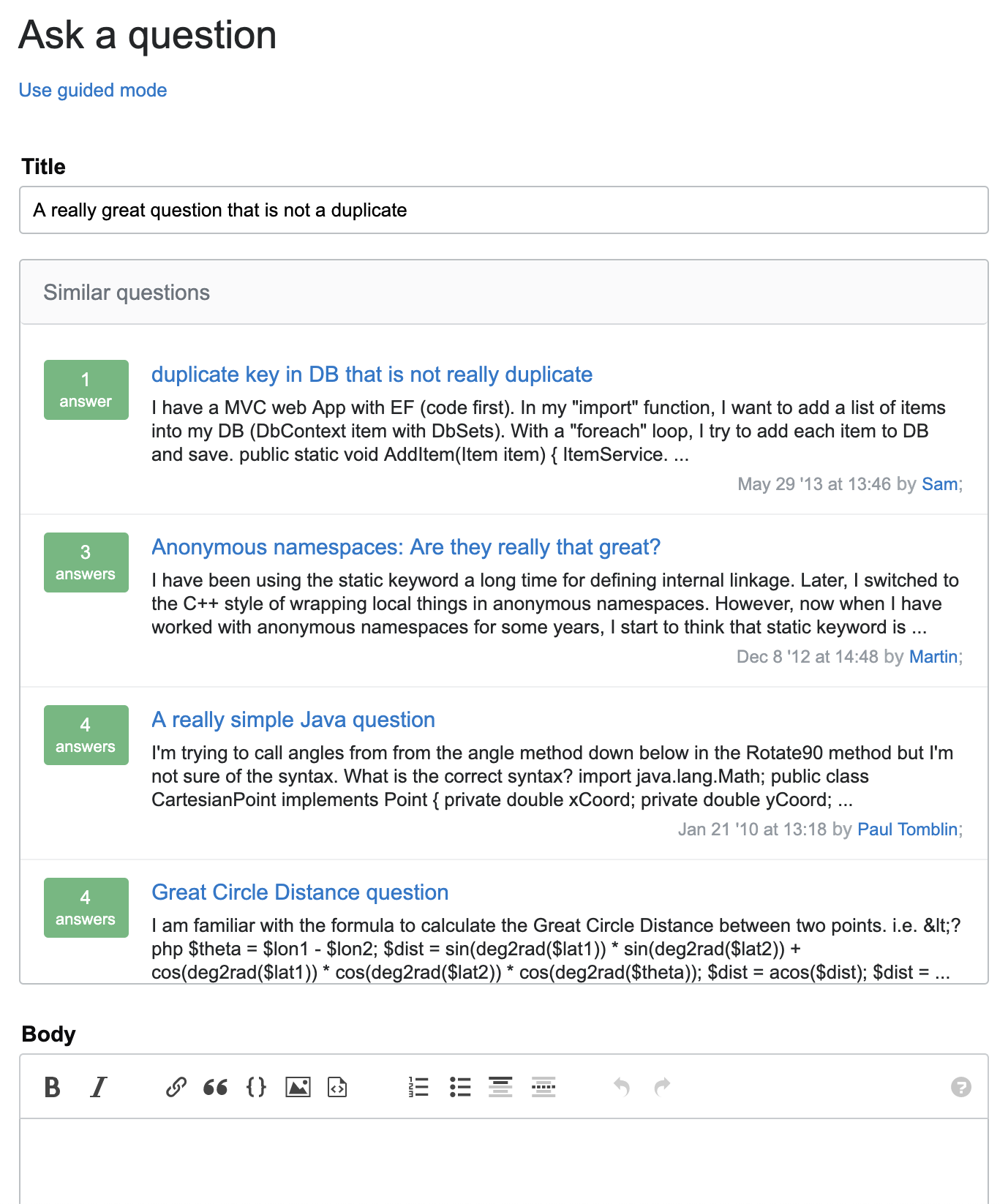 684
The Ask Question Wizard is Live!
307
Let's improve Stack Overflow's "Ask a Question" page!
135
Feature Test: Ask Wizard for New Users (trial has completed)
186
Declaring a Review strike until efficiency improvements are implemented
92
Why are there so many bad questions?
111
Reputable people keep answering duplicates - What's the solution?
81
The "Reasonable User" theory of duplicate questions
31
Ask Wizard Test Results and Next Steps
32
What to do with all the questions about scanf?
23
A long list of possible duplicates — C memory allocation and overrunning bounds
See more linked questions

165
Thwart publishing duplicate and low quality questions
73
Show likely duplicates to triage reviewers
12
Unanswered closed as duplicate questions in the Related sidebar
17
How can I find duplicate questions before I post a new one?
33
A canonical answer is not actually canonical; what to do?
33
Add info about why existing question cannot be found in duplicate list
36
Ethical considerations of the ongoing experiment re not displaying negative scores