Should this question be undeleted?

I answered this question with what I naturally thought was a useful answer, and the user up and deleted the question.

I'll admit, that was a bit irritating, but I'm not sure if the question and answer would even prove useful to future new users. To be honest, with so many "Why is water wet?" and "I want a pony!" questions from new users lately, it's getting hard to tell what a new user would find useful.

So, if you've got a minute, I'd just like to get some more eyeballs on the question. 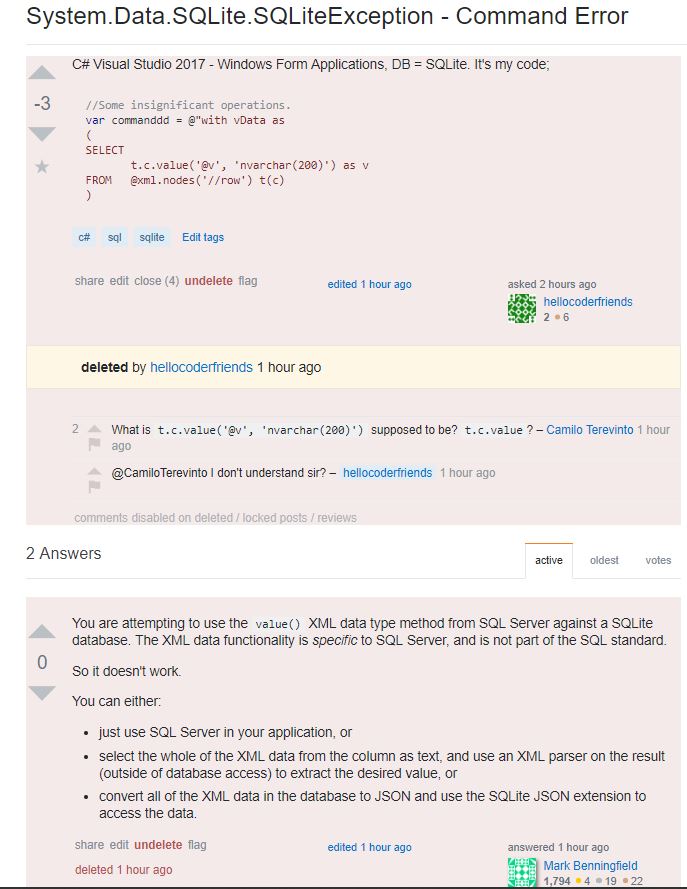 Well, the consensus appears to be "That depends". On its face, the question is not a bad question about a SQL query, aside from the seriously borked original title. All of the relevant information is presented; it doesn't require an MCVE; and all of the pertinent details about the technologies involved are included.

So then we come to this Meta question: would the answer to this question be useful to future new users? Should it be undeleted?

On a side note, I'm aware that there is a common assumption that I asked this question because I wanted the question to be undeleted (presumably for the fake Unicorn points, which, I might add, at the time were zero). If that were the case, I would simply have raised a Mod flag for vandalism, but that's by-the-by, and since people wed to their assumptions tighter than they do to their spouses, there's nothing to be gained by belaboring the point.

One reasonable conclusion could be that the answer would only be useful to future users that are in the same boat as the OP, effort-wise. A new user (even a novice) that actually wrote a query like that would have at least some idea of what it did and how it did it, so they wouldn't ask that question in the first place.

A further complication was introduced when a Moderator undeleted the post right in the middle of the discussion, thereby proving the axiom that being a Moderator on Stack Overflow is a completely thankless job, and also proving the informal corollary that "sometimes you can't please any of the people, ever".

At that point, the discussion pretty much went off the rails, and people just started voting their irritation, which is understandable, if perhaps not constructive. The question was immediately close-voted for "Typographical error", which, objectively, is a blatantly flimsy pretext, but since the "Lacks basic understanding" close-reason is no longer available, it's not entirely unreasonable.

I'm left with the conclusion that the consensus, at least the voting consensus, is:

Not the answer you're looking for? Browse other questions tagged discussion vote-to-undelete .

47
Resolved in a manner unlikely to help future readers

581
Question with no answers, but issue solved in the comments (or extended in chat)
1
If my review question on Meta is resolved, should I alter the title to reflect that?
3
how should I respond to a poorly asked question that I incorrectly answered?
2
How should I improve this answer?
17
Post deleted by mods for "self promotion" : should I vote to "undelete" the post after complying?