On 30 July 2018, 21:09 UTC+2 I have posted my first StackOverflow answer. Exactly three months later, it has been upvoted, thus awarding me 10 Reputation, for a total of 11. Recently, it has been downvoted, and I lost 2 Reputation in the process. Due to that, my Reputation now equals 9.

Meanwhile, my achievements dialog claims that I've earned the "talk in chat", "vote up" and "flag posts" privileges, as shown here: 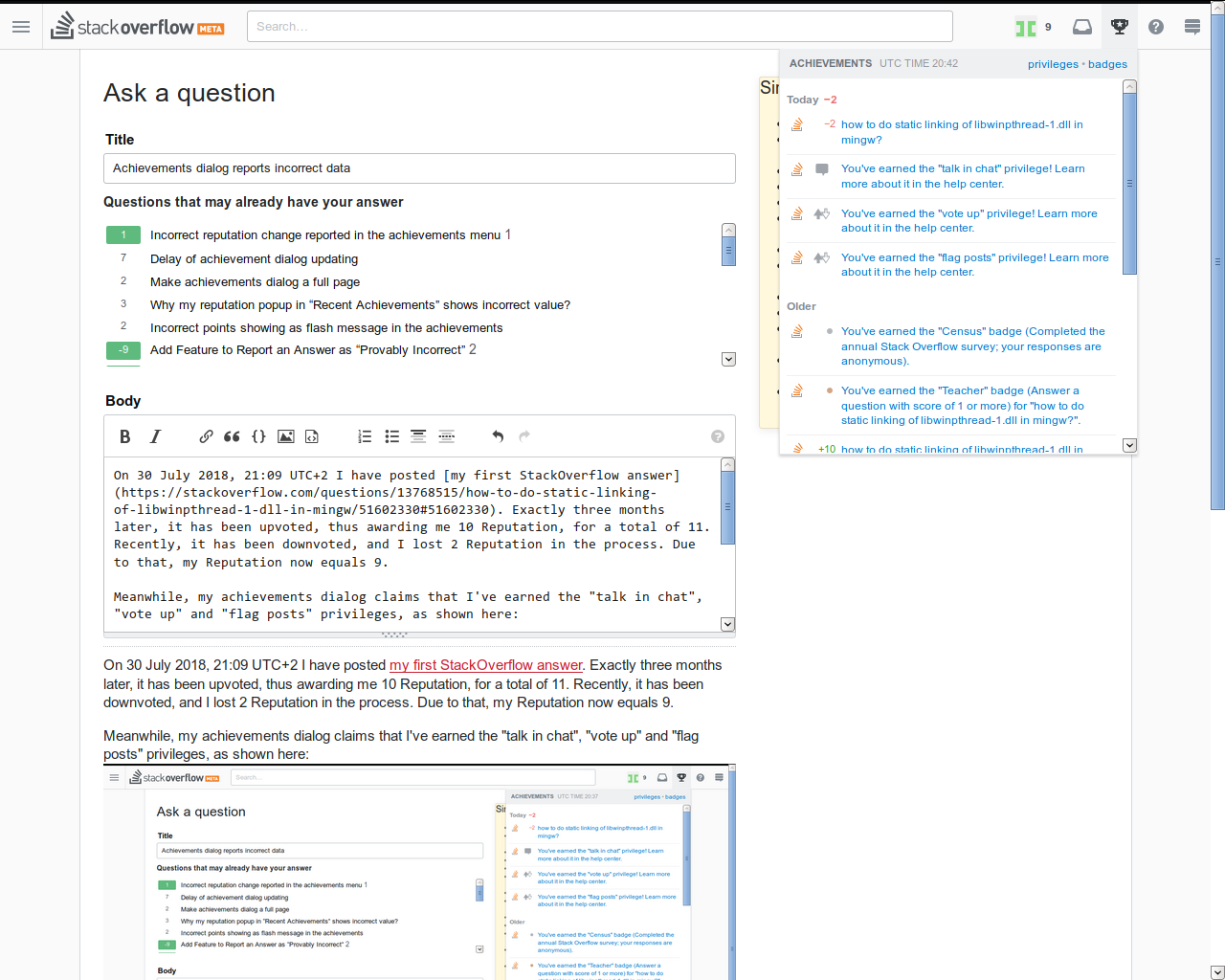 Because the privileges are actually awarded at 20, 15 and 15 Reputation, respectively, I believe that this discrepancy might be a result of the person who recently downvoted my answer upvoting it at first, then changing their mind. If that is the case, I would like to request that the achievements dialog either accounts for the results of such vote changes, or only gets updated once a vote cannot be cancelled anymore.