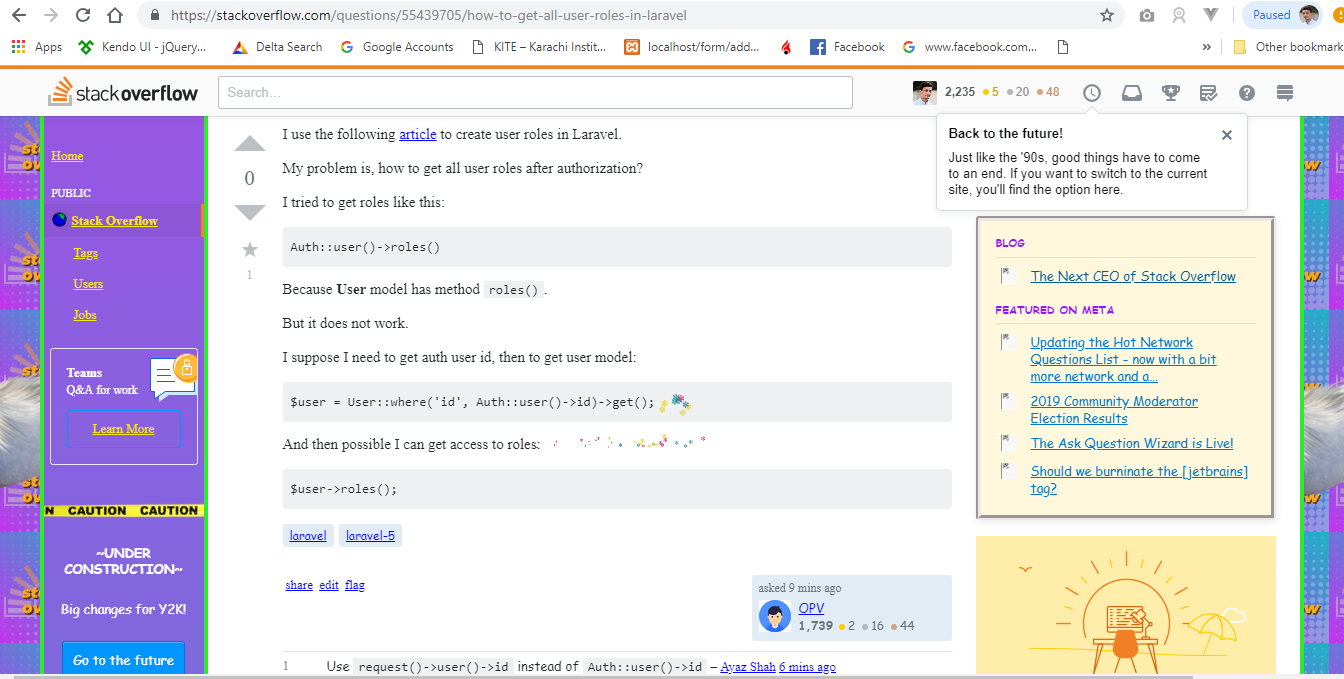 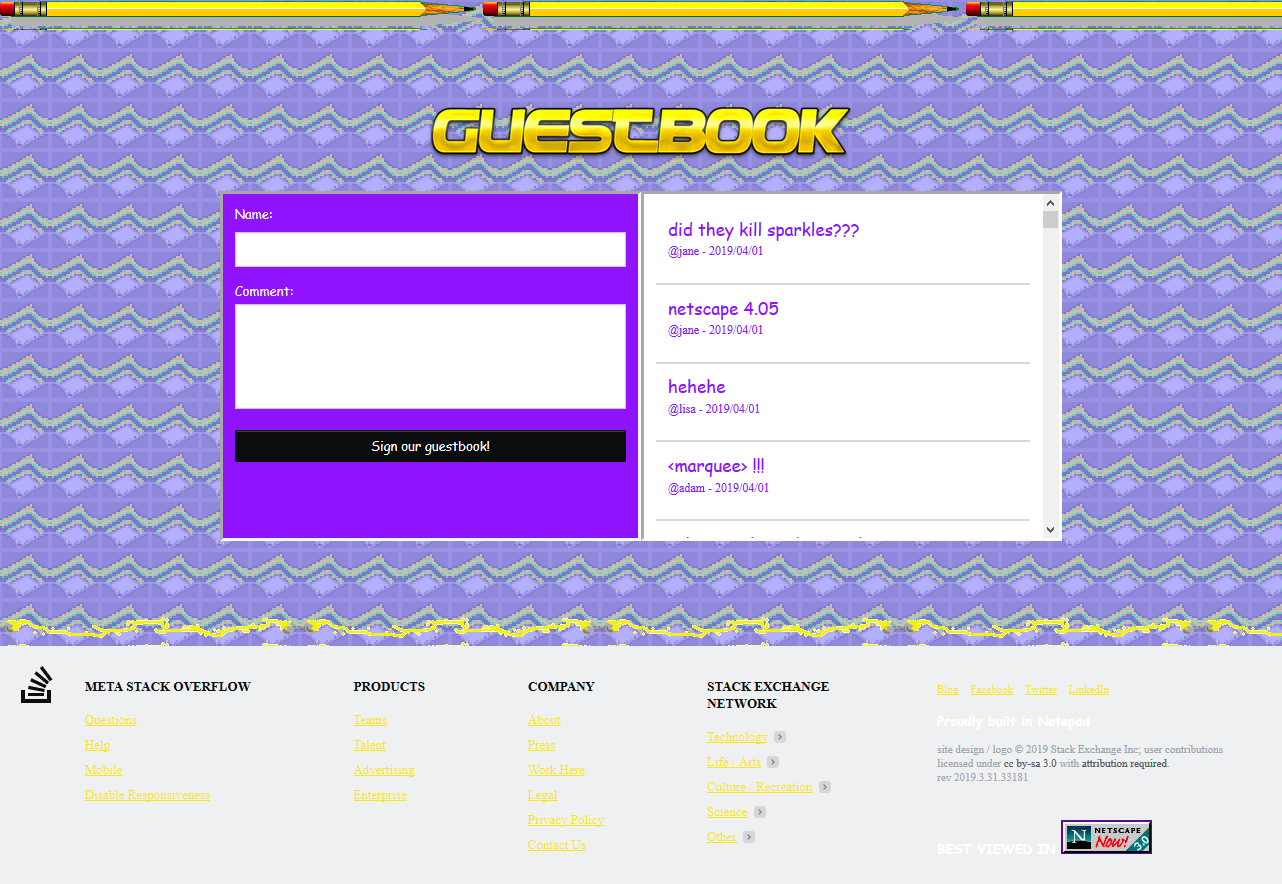 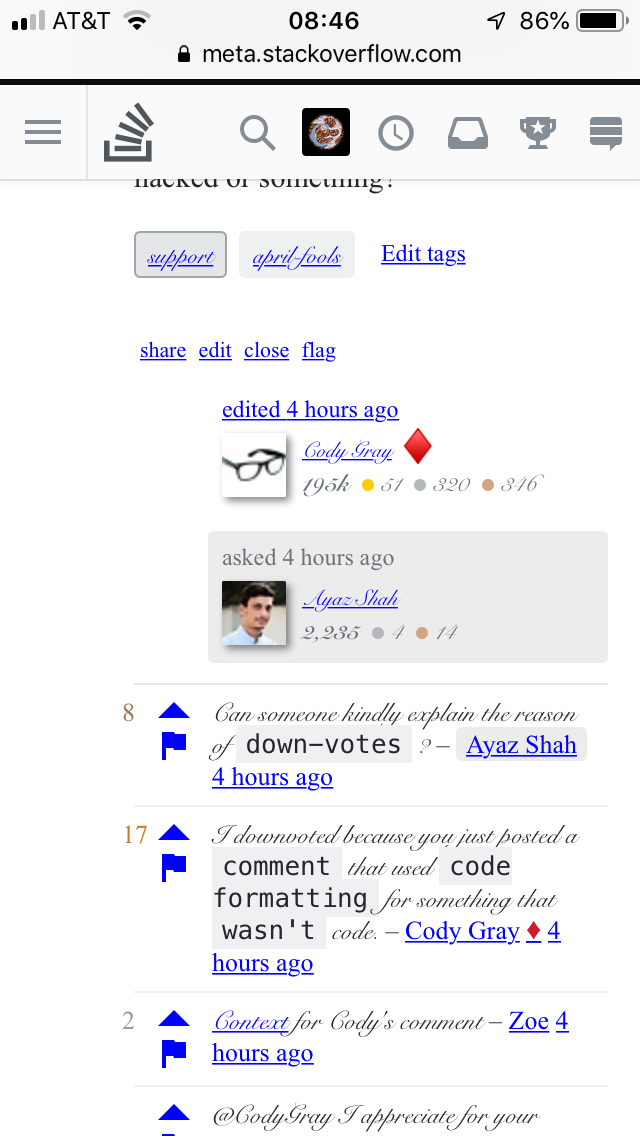 904
Announcing the Stack Overflow Time Machine
31
How to stop the 90’s look of the Stack Overflow?
87
When should code formatting be used for non-code text?
50
Comic Sans font is missing in Ubun... er... Unix
39
Please don't show the licorne on each question
12
Why were icons not in Time Travel?

17
Weird popup ads from Stack Overflow sites
3
Different libraries with same initials, and a tag only refers to one of them
11
How do I get question feed only with one tag (e.g. java)?
45
Asking an SQL Question Appears to Cause Internet Connection Loss
12
Has anyone else been logged out multiple times per day recently?