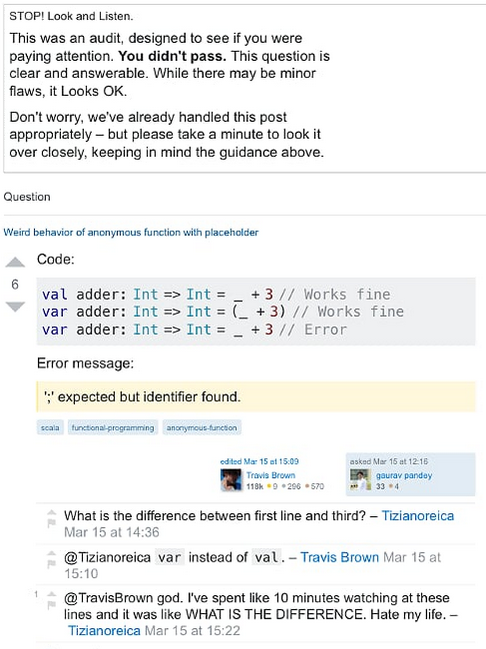 114
I do not understand why I failed this audit
26
Why did I fail an audit once again?
1
The answer was not that bad (as compared to the others) to be present in the audit

23
Received an audit in Triage that I previously flagged as spam
71
Is it normal that I find a very large portion of the Triage queue to be Unsalvageable?
40
Why is this question spam (encountered as triage review audit)?
21
Replace "Requires Editing" button text with "Needs help"