Why am I seeing negative hours in the Reopen Votes review queue?

It's probably just a UI thing, but it sure looks like I am seeing "negative" hours in the Reopen Votes review queue: 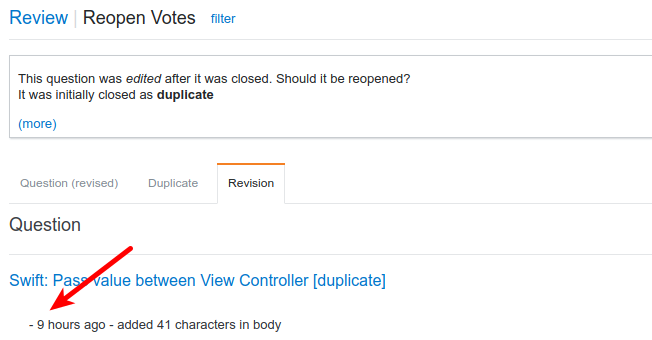 Of course, I'm pretty sure this is not really supposed to be read as "negative 9 hours", but at an initial glance, it reads that way. Could the hyphen simply be removed?

It's most likely a UI bug, as that '-' should only appear after an author's name.

The UI could probably be made less confusing if the en-dash (alt + dash on mac) or em-dash (shift + alt + dash) were used instead of '-'. This is a longer dash that looks like –, compared to -.

11
Can SO publicise a "Bombing Run" on the Close Votes Queue?
919
How does the Triage review queue work?
10
When reviewing a Reopen, are you supposed to review an edit, or the question itself?