Welcome to Stack Overflow! Please be a bit more specific when asking a question: What worked fine bevor the error? / What have you done before the error? and please do not use images for showing code or errors! For Help take a look at "How to ask"

Well this is photo uploaded. This is no code issue. Its a "netbeans" issue while launching it.

Then tell us if there was a update or anything else. Otherwise this will be a quiz show... and this question is deleted. Please put more effort in a question if you want a serious answer.

Now that the image is rendered in the post, u can help me

Please use translate.google.com or anything similar if you can not understand someone correctly or you are not sure while writing...

do u want me to translate above Warning instead of searching in google.com?

I don't think the OP is understanding anything of what I have written and if I'm writing more comments trying to explain my intentions then there would be a huge amount of unnecessary (and unrelated) comments.

How should I handle such a case as the question doesn't seem to be deleted or made on hold?

I would say, down-vote and move on,

If you have enough reputation, also close.

You don't need to keep dragging on to the question, move on instead.

I didn't see anything particularly wrong with either the question, or the English used to describe the problem. It feels like you made some assumptions about the OP, and despite their best efforts to explain and illustrate the problem to you, the comments you left read like they're kiting the actual question.

This revision - where you actually add the image in to describe the issue - still reads like a clear and concise question, which doesn't seem to be worthy of downvotes or close votes for clarity... 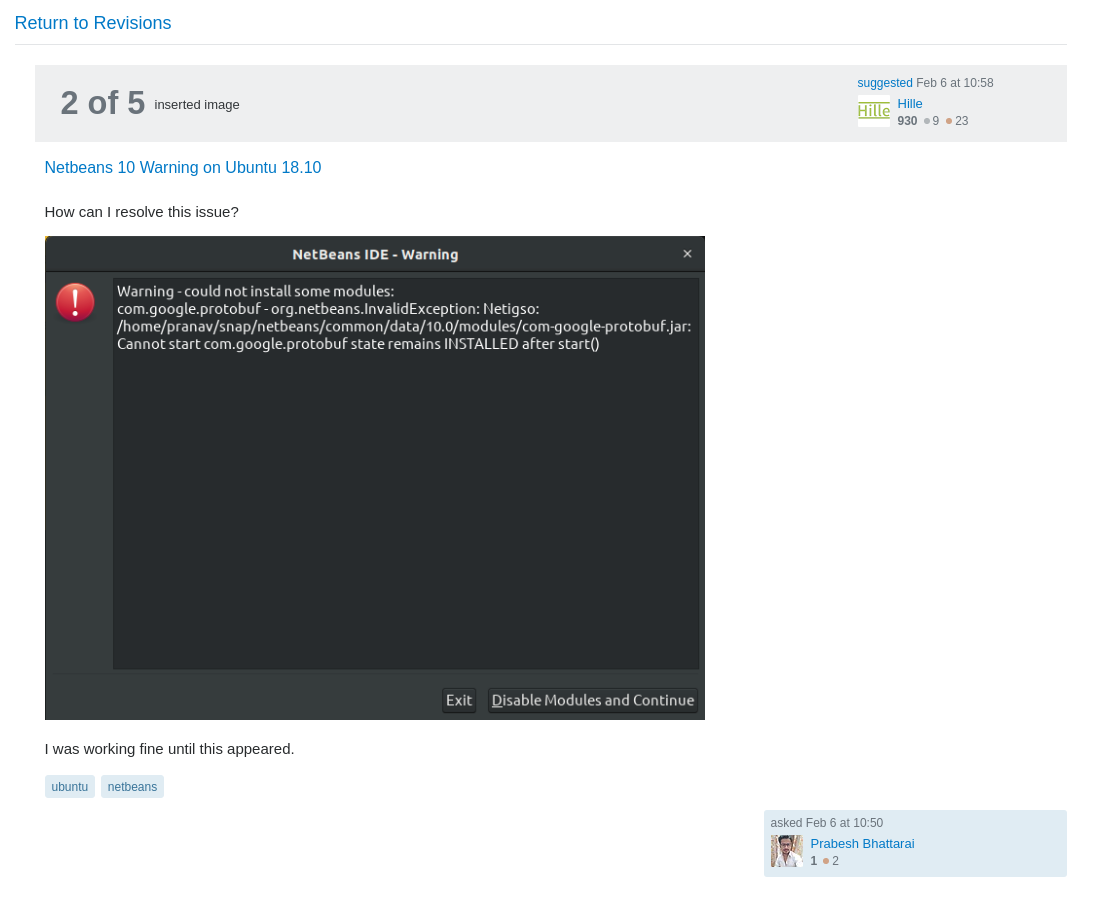 ...and sure, you could make the argument that English is not the OP's first language, but then again...not seeing a problem with the question as phrased.

At worst, this is a dupe - some searches on Google hint at things which might fix the problem.

At best, this could be answered by someone who has used Netbeans 10 on Ubuntu 18.10, and has encountered it.

If some information is missing, then the comment chain should have been used to request that instead of making comments about the OP's use of a translator.

Not the answer you're looking for? Browse other questions tagged discussion questions comments specific-question .

45
Unable to understand question because of poor English
505
Discourage screenshots of code and/or errors
89
How long should we wait for a poster to clarify a question before closing?

3
How to handle good questions which cannot be answered?
58
User does not speak English and duplicates questions
33
Should this be an answer or a comment?
31
Delete question but retain answerer's bounty?
4
Is it appropriate to question reviewers' decisions in comments elsewhere?
23
Why was a question about installing NetBeans closed for seeking recommendations?
7
How do I put a code block in a comment that starts and ends with spaces?