I have never seen a problem with reviewing an edit on one's own post before, rather that it's a good way to shorten the review queues. It works perfectly, if just everybody handles correctly. I have now changed my mind. Today, I made an edit to an answer, as it was poorly formatted and contained rather bad grammar, and typos. The image below is a screenshot from the review of that particular edit: 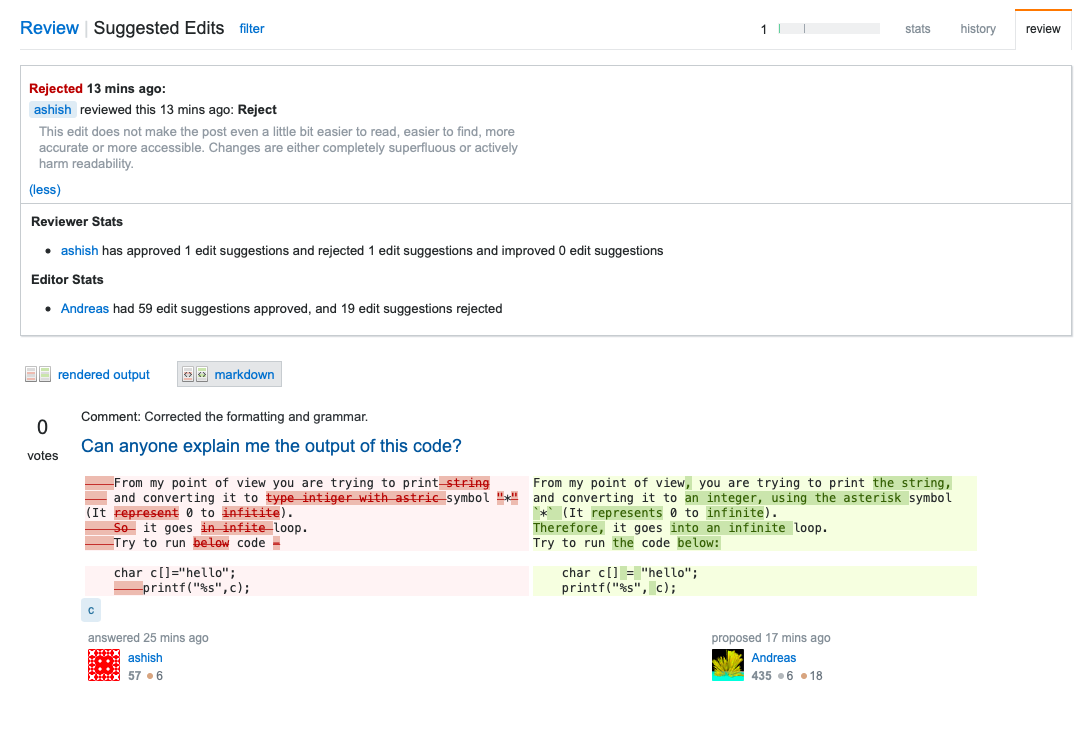 Look especially at the reason that was given for why the edit was rejected, and whom rejected it. I don't understand what's wrong with my edit, so I either need a good explanation, or I push for a change to the rules of reviewing, so that one can no longer review edits on one's own posts.

This edit came a few minutes later, and at first sight, I thought the author had stolen my edit, but he/she probably knows nothing about it. 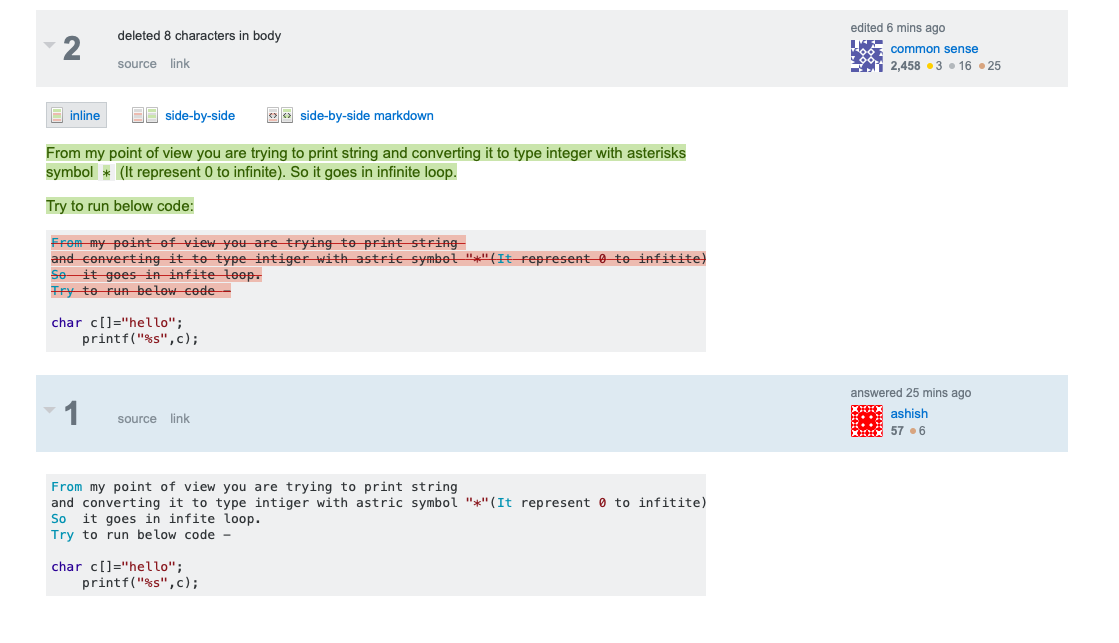 Disallowing the author to review the edit would just be pointless, because they have the ability to make edits without review on their own post, so if an edit that they don't want to make is approved, they'll just roll it back. Allowing the author to review the edit is just a small convenience, and prevents reviewers from wasting their time if the OP wants to have a say in the edit, because they're going to have their say either way.

4
Does my suggested edit plagiarize content without attribution?
3
Suggested edit that leaves answer in question
3
Is there anyway I can undo "Rejecting" a helpful suggested edit to my post?
65
I rejected an edit that got approved by others. Can I re-edit it?