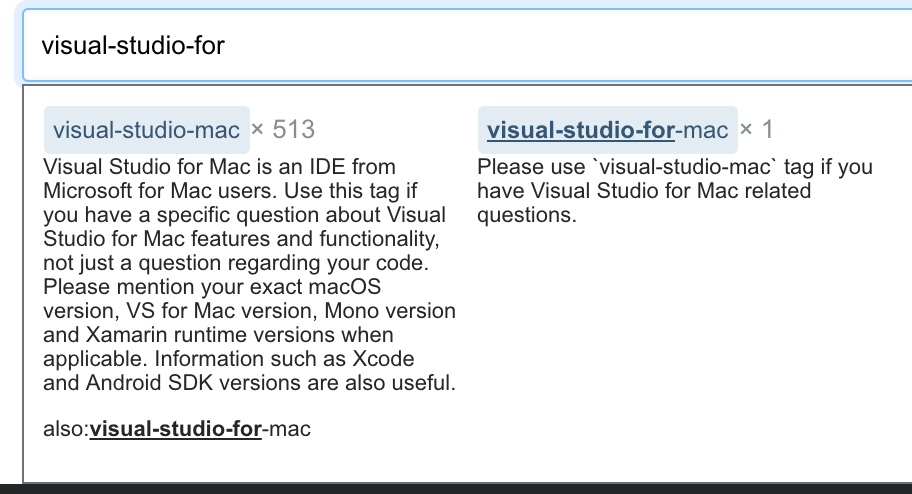 There was one question that had the old tag: sgen TypeLoadException in Visual Studio for Mac when trying to build Xamarin.iOS app. This causes the tag to not get deleted, and then it still shows up as a suggestion. I've retagged that question now.

As Stijn commented here, a merge is separate from a synonym, and apparently as long as the tags aren't merged, the synonym tag doesn't get deleted, and still shows up as a suggestion.

Not the answer you're looking for? Browse other questions tagged bug tags tag-synonyms .

82
A list of tag synonyms which are not proposed in Stack Overflow
1
Velocity tag wrong synonym to appfabric-cache
14
Should we alias [dotnetfiddle] to [.net-fiddle], or keep a duet of .net fiddle tags?