Please kindly support a 1200 pixel wide display. Current formatting is too wide, assuming about of 1400 pixels

NOTE: This is NOT the 1054 pixel width issue raised elsewhere where the developers decided that 20% of the desktops and 80% of the phones and tablets are "too old" to support.

This rotation feature is mechanically built into the display, and my XP SP3 system with Intel graphics directly supports rotation in the Windows display settings. My browser is Pale Moon, a FireFox derivative.

I know not where the page width assumed by the site is coming from. It could be some HTML or dynamic doc thingy or just a hard coded assumption.

But in any case, the information on my display must be scrolled right and left because it about 1400 pixels, which is 200 pixels too wide.

Please look at how you decide the actual visible width of a display, and take into account that many displays are rotatable right out of the box.

I highly doubt you'll see a fix for this.

For one, it actually works just fine. Going by your 1054px example (to make a worst-case scenario), I get this: 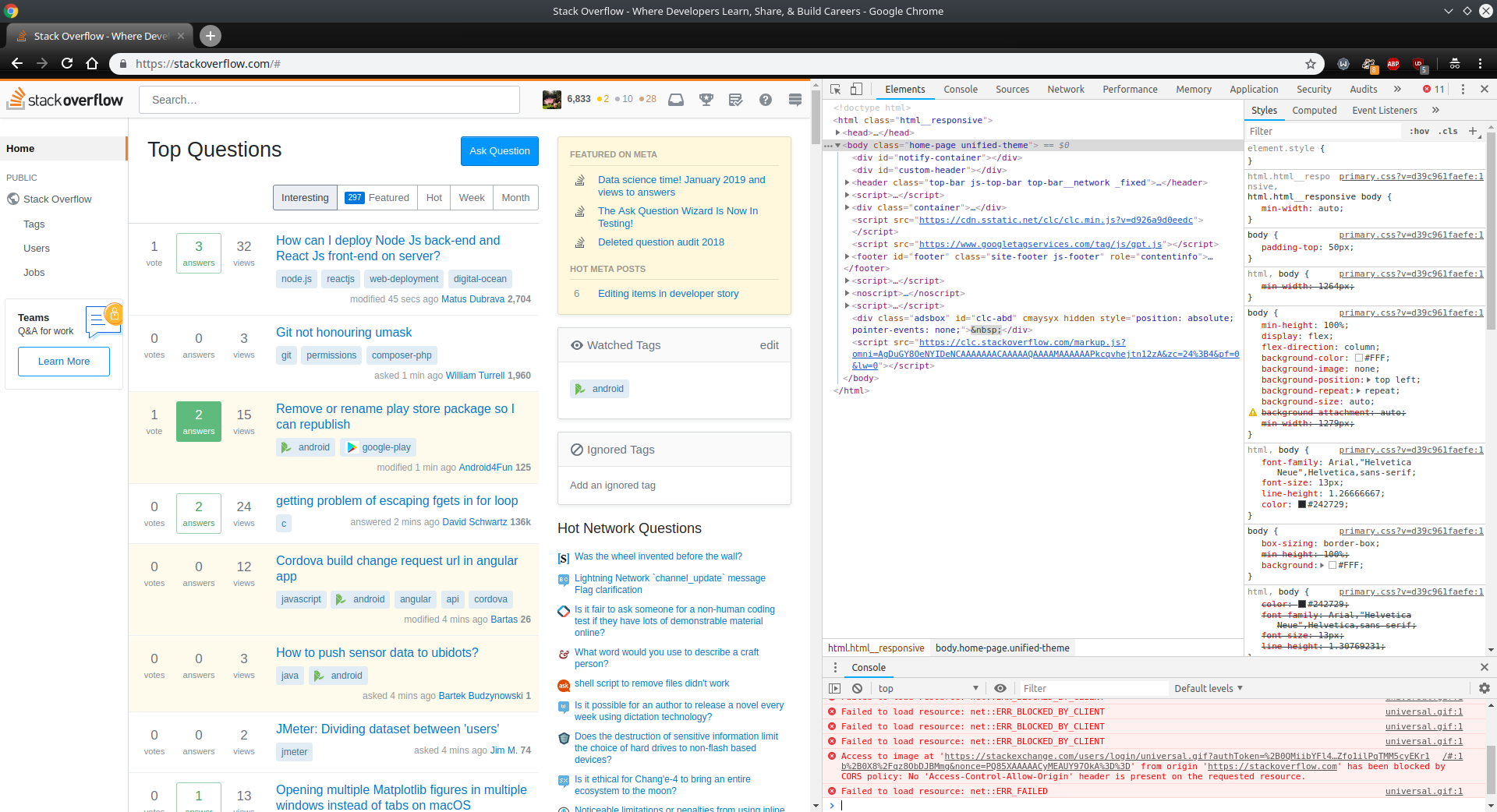 This is on Ubuntu 18.04, running the latest version of Google Chrome.

Yes, my display is 1920x1080, but I opened the developer console and expanded it so the site's width is at 1054px (Chrome gives a handy little hint when you're changing the size of the console area).

Things are a little squished, but there's no side-scrolling or element overlap that I can see.

You haven't linked that issue you're talking about, but I would guess it's pretty old. Stack Exchange recently rolled out a new responsive design to all network sites, and I think we're seeing the results of that redesign here.

That brings me to my next point. Your computer doesn't support the responsive design. Your computer also isn't supported by Stack Exchange. That's probably because you're using an operating system that was released in 2001, whose last feature update was in 2008, and that reached end-of-life in April 2014, nearly 5 years ago. Windows XP is not supported by the Stack Exchange network, so you're stuck browsing it as-is.

Yes, you've used a browser that kept support for it a little longer, but the latest version of Pale Moon to support Windows XP was 26.5.0, which was released on September 28, 2016, over 2 years ago. Pale Moon was also never officially supported by the Stack Exchange network (however similar it is to Firefox, it still makes changes to the codebase).

This isn't to say there isn't anything that can be done.

Of course, Stack Exchange could invest resources into making the responsive design work on Windows XP, but I doubt they will. Windows XP is currently used by about 4% of online users. If SE didn't want to support 80% of (potential) phone users (the desktop site also looks perfectly fine on my 1080p phone btw), then they certainly won't support 4% of total potential users overall.

There are also some things you could do, however. You could buy a new computer. You can get a pretty well-performing Windows 10 PC in the US for around $170. If that's not an option, you could consider installing Ubuntu or some other Linux distribution. If you have problems with your new installation, we have Super User, Ask Ubuntu and Unix & Linux.

If you can't get a new computer, and you don't want to install Ubuntu, the last thing I can think of would be to just zoom out a little bit. The responsive layout at least is something like 1260 pixels wide, so 90% zoom should work fine.