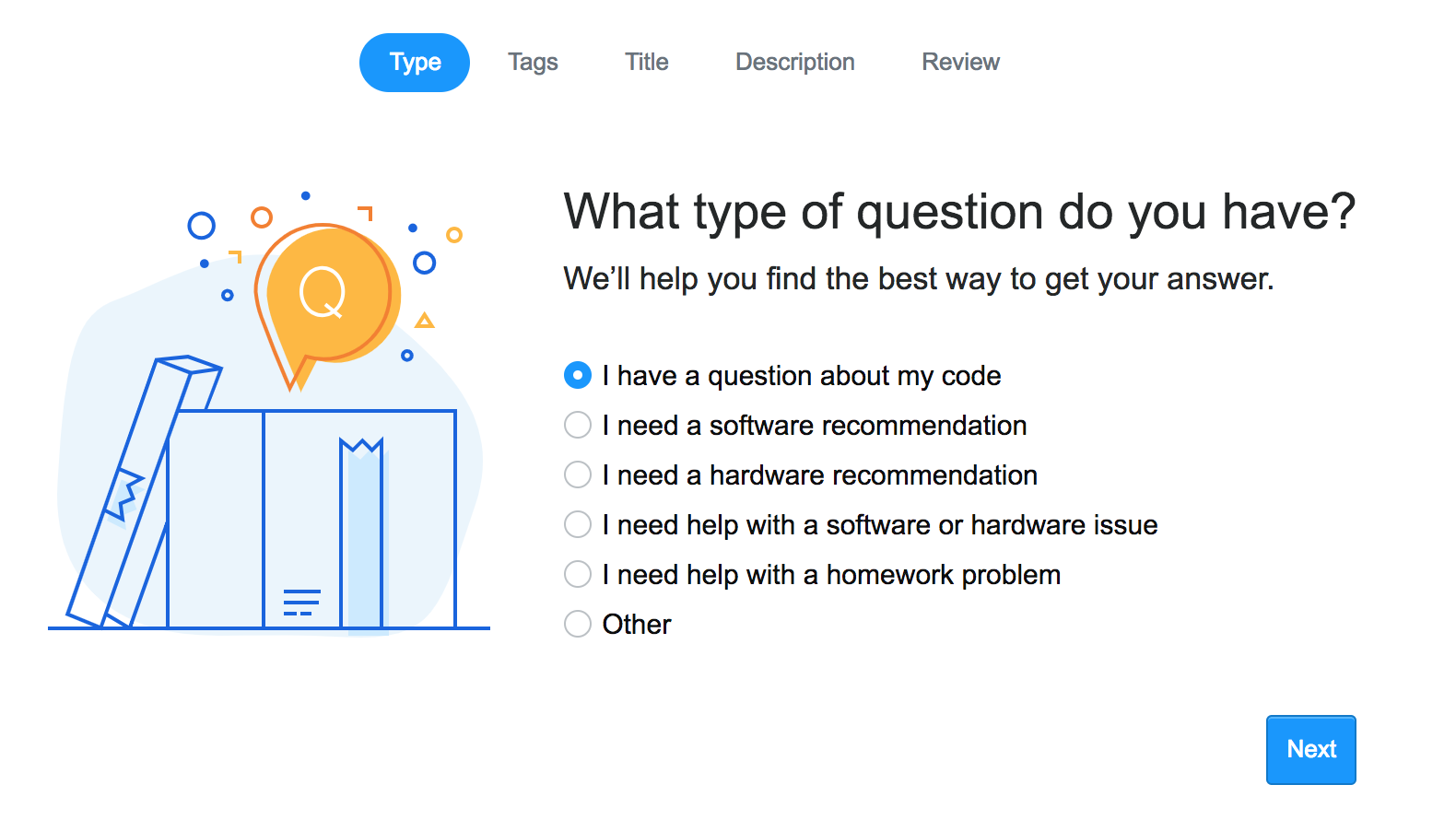 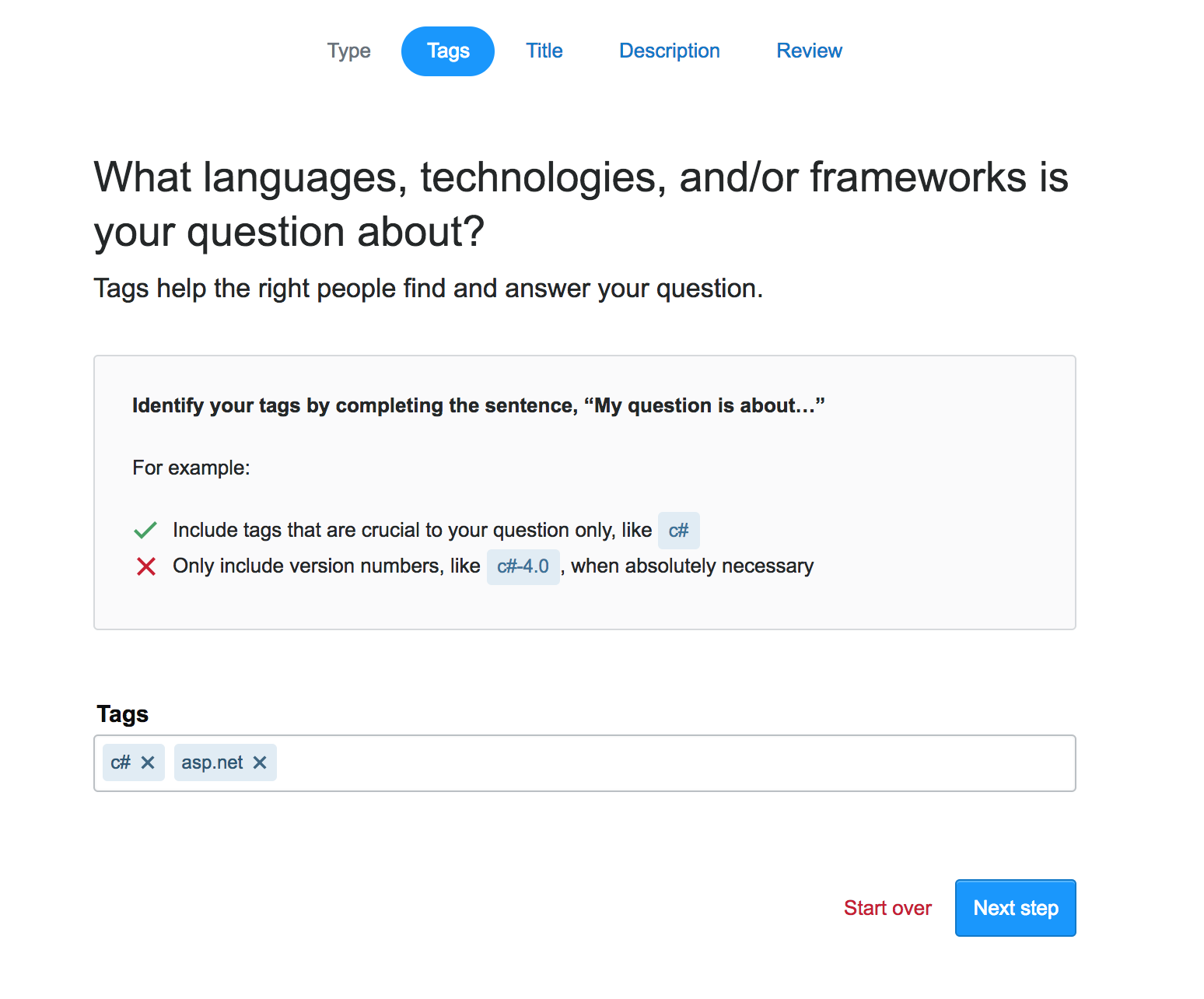 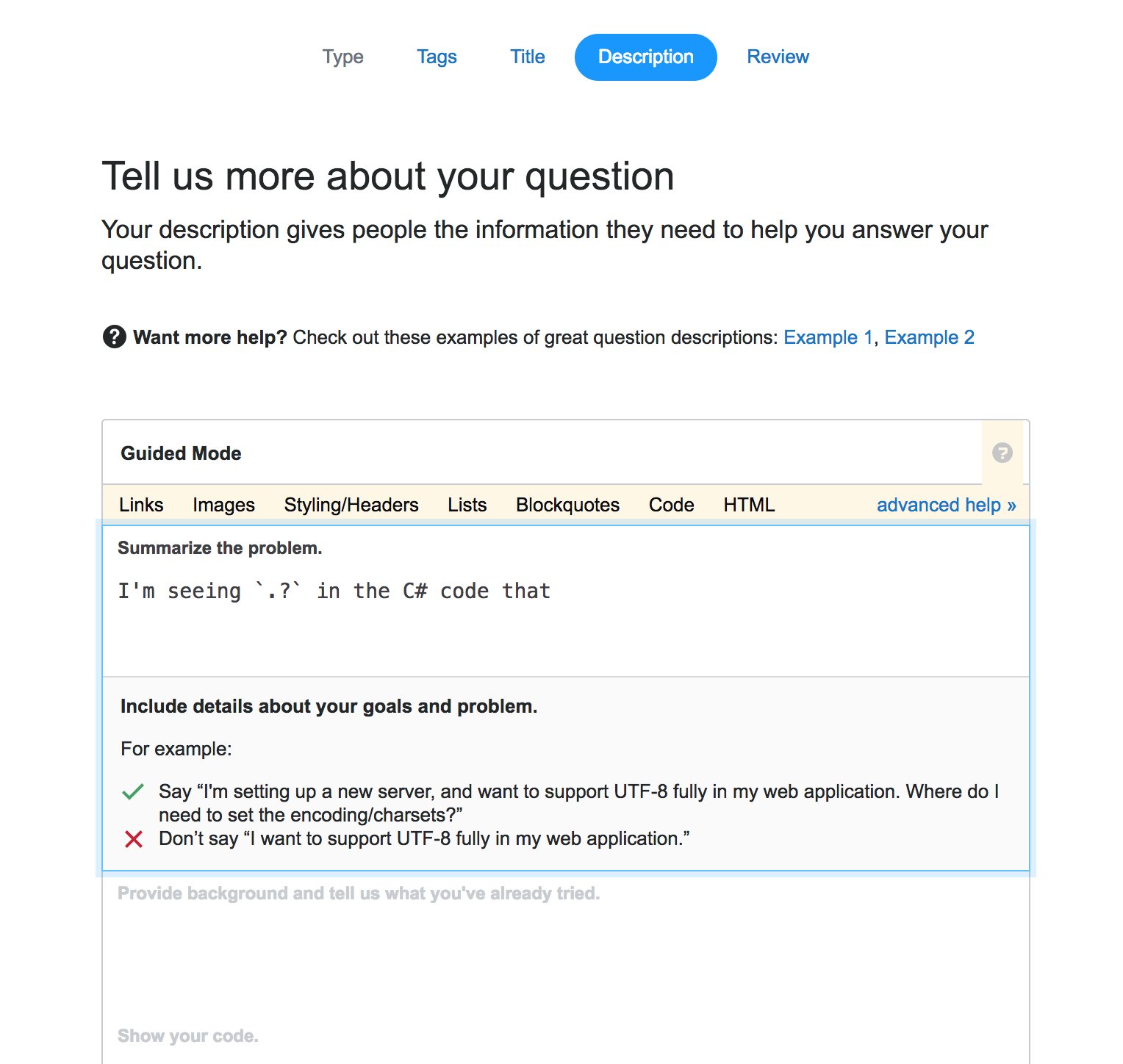 6
Option to disable the "Ask a question wizard"
507
“Ask a question” wizard prototype
684
The Ask Question Wizard (2018) is Live!
629
When is Stack Overflow going to stop demonizing the quality-concerned users who have made the site a success?
1046
How do I ask and answer homework questions?
206
Ask a question template v1 experiment results
366
Be careful when recommending Code Review to askers
66
The Ask Wizard (2022) has graduated
96
Divisions, disappointment and pillory: how can we make meta a more enjoyable, productive space for everyone?
167
Thwart publishing duplicate and low quality questions
See more linked questions

60
We're Soon to be A/B Testing Some Changes to the Top Nav
507
“Ask a question” wizard prototype
684
The Ask Question Wizard (2018) is Live!
9
'Ask a question' wizard and non-code-related questions about software tools
13
Can OP use the "Ask-question-wizard" to edit his question
14
What happened to the Ask Question Wizard / Guided Mode?
117
A/B testing on the Ask page
136
Feature Test: Ask Wizard for New Users (trial has completed)
78
Ask Wizard for New Users Feature Test is complete
32
Ask Wizard Test Results and Next Steps