Winterbash Hats Are Behind Avatar (2018)

I've not been in the SO community for very long, so I don't know if this is expected behaviour or not, but I have just unlocked my first 2 hats, and I have been playing around with moving them, but I have found that they appear behind my avatar, making them somewhat invisible. (See my avatar).

If this is expected behaviour, then I request that it be changed, otherwise, it's a bug that should hopefully not be too hard to fix.

Edit: apparently the badge is above my avatar for other users. Screenshots:

In the top bar 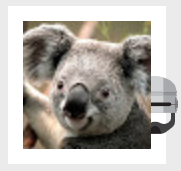 Further edit: I tested this in Internet Explorer and Microsoft Edge, and it works as expected. Chrome version: Version 70.0.3538.67 (Official Build) (32-bit).

I had the same problem, and finally I found the reason after some investigations.

For me, the Chrome addon Midlight Lizard caused this issue.

For those who do not have Midlight Lizard installed, you can try to pause Greasemonkey, Stylish and so on.

Not the answer you're looking for? Browse other questions tagged bug winter-bash winter-bash-2018 avatar .

5
Winterbash hats in Android app?
8
When (and if) does the Winter Bash / Hats start this year?
12
What is knitting in Winter Bash 2018?