I click the Winter Bash icon and it seems to hang with the ellipses on loop. 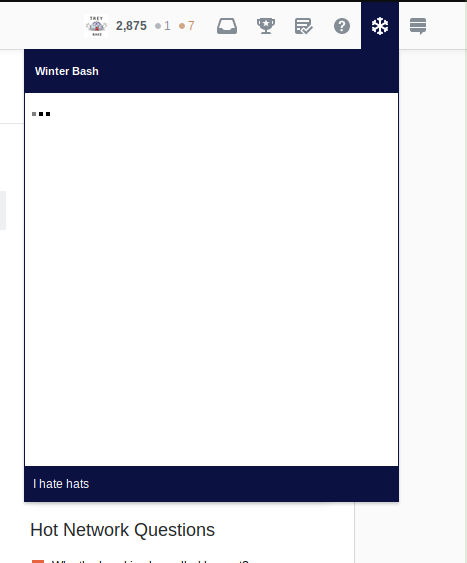 An error occurred while trying to change hat 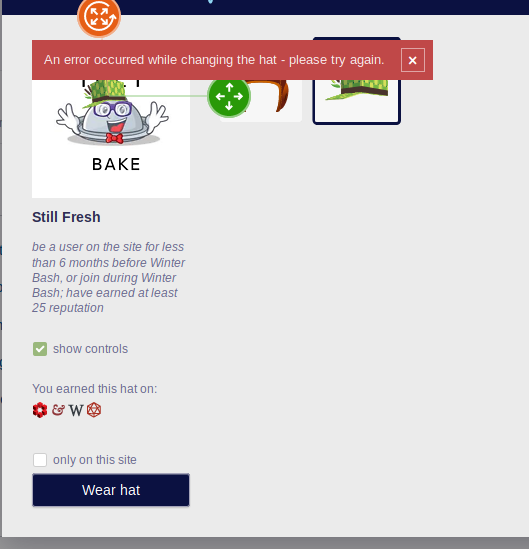 Then when I hit save again it says (again, similar to),

Can only change hat every 10s

This happening to anyone else?

Edit3: Seems to be ok for me but seems it's still intermittent for others (based on related list alone)

Bumpidy-bump. This is still not working for me. Any hat, any browser, anytime.

I suppose it has something to do with me not being able to login at http://winterbash2018.stackexchange.com:

Not the answer you're looking for? Browse other questions tagged bug winter-bash-2018 .

41
Is the entire network's performance affected by this year's Winter Bash?

8
When (and if) does the Winter Bash / Hats start this year?
12
What is knitting in Winter Bash 2018?
7
Winter Bash Team Player hat not awarded