The title says it all, but perhaps an image says it better. The blog doesn't display this tweet properly:

Chrome on macOS High Sierra (edit: it's now fixed on this system): 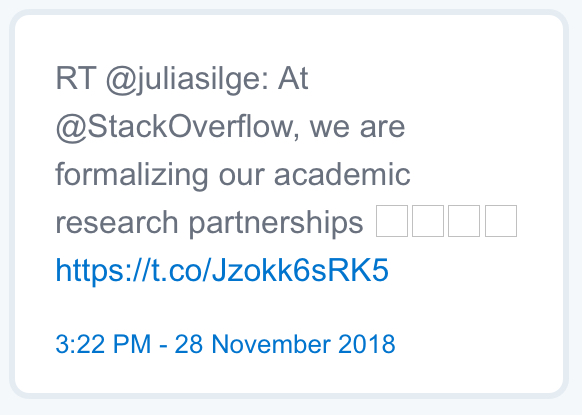 While there's no formatting problem in the actual tweet (on either): 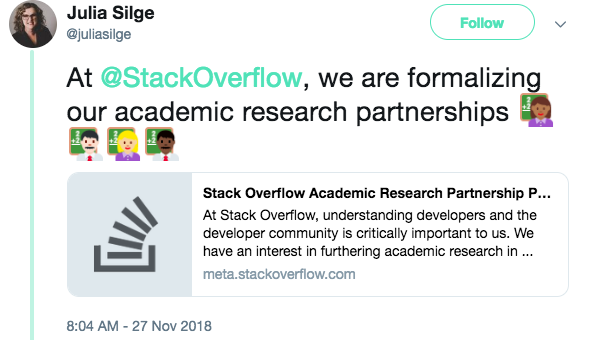 What's happening is that the emoji you see in the macOS screenshot are actually the alt text for an image that isn't displaying (does it have a proper URL, actually?):

It's failing with several similar errors such as:

I don’t know what’s happening on iOS that not even the alt text is working. I do have the right emoji on my system: 👩🏽‍🏫👨🏻‍🏫...

You can probably see this behavior on almost any page on the Stack Overflow Blog, but I saw it here.

Twitter is replacing the emojis with images. Stack Overflow is attempting to do the same, but there is a 404 error on the svg files. The unsafe load attempt is a checkerboard pattern(not related to the issue.)

The image requests from s.w.org are improperly formatted.(Appears to be internally redirected improperly, or an external reference applied as a reference address).

The alternate Emojis render with "spaces(broken images)" and monochrome characters, because that is how your browser/system interprets them.